Lisbon's Plaza del Comercio, with its eighteenth-century yellow ministerial seats that embrace the Tagus estuary, recovers its aura as an unbeatable symbol of intense Portuguese centralism. 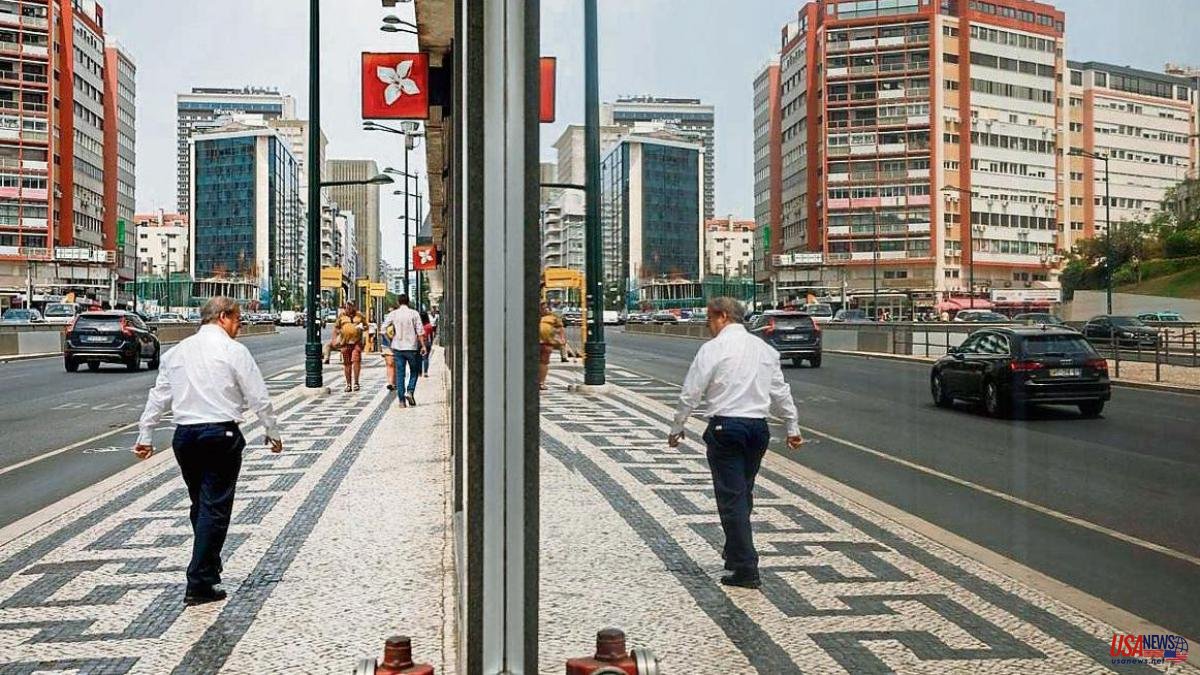 Lisbon's Plaza del Comercio, with its eighteenth-century yellow ministerial seats that embrace the Tagus estuary, recovers its aura as an unbeatable symbol of intense Portuguese centralism. Hanging over it is the threat of the referendum for regionalization that the prime minister, the socialist António Costa, has championed for 2024. But the contrary position of the new head of the opposition and leader of the conservative PSD, Luís Montenegro, greatly complicates the celebration of the consultation, with the risk that if it is done there will be a new socialist failure like that of the 1998 referendum, when he did not win with 60% and the quorum of 50% participation was not reached.

In the O Gerës National Park, which is so close to Galicia that its souvenir is a hórreo, when a public ambulance travels, the driver communicates it to that Lisbon that is as distant geographically as it is close in control. Portugal is among the five EU countries in which the central administration accumulates a higher percentage of spending, without being a tiny state like Malta or Luxembourg. It is also among the very few that lacks a regional structure elected by the citizenry.

In the spring of 2020, when Portugal was an example of resistance to the pandemic, epidemiologists alluded to the unitary nature of its health administration as a success factor, compared to Spanish decentralization. But at the beginning of 2021, Portugal suffered a fierce wave, from which its sole command did not save it. Now it has a slightly higher mortality rate than the Spanish. And the dysfunctions in the response to the coronavirus on the ground later appeared as an argument for regionalization.

While the increase in municipal powers that he had agreed with the former opposition leader, Rui Rio, was underway, Prime Minister Costa announced in December his bet for the 2024 referendum. It was the starting gun, later reinforced by the majority absolute socialist in the January elections. But these caused the change of leadership in the defeated PSD. The new boss, Montenegro, was released this month taking a turn, which he justified by the war in Ukraine and the economic crisis.

Montenegro considers that voting on regionalization in this context would be “irresponsible, hasty and a mistake”. He defends postponing the consultation until at least 2027. His absolute majority, in addition to the support of some small party, could be enough for Costa to force it, but there are already constitutionalists who point out that two thirds of Parliament are needed to approve the framework law of the regions. Thus, the prime minister reacted by accusing the PSD of being afraid to "listen to the people" and sticking to its calendar, albeit without great forcefulness.

"Regionalization, which some politicians insist on carrying out despite the harsh defeat of the 1998 referendum, would bring a new bureaucracy and more public spending," former president Aníbal Cavaco Silva wrote in April in Público, expressing the main argument of the who oppose He endorsed the phrase of the sociologist António Barreto to conclude that "regionalization is in Portugal in current times the greatest political lie that can be imagined". Barreto believes that the lack of a consolidated and consensual map of the regions shows that they do not exist.

On the other hand, the president of the association of municipalities, Luísa Salgueiro, socialist mayor of northern Matosinhos, maintains that the country "cannot continue to be subjected to a castrating centralism, an obstacle to development and that has accentuated regional asymmetries." From this side it is ensured that public spending would not grow by eliminating duplicities and the defeat in 1998 is justified by disagreements with the map, which was left with eight regions. Today they believe that the five are established: North, Center, Lisbon, Alentejo and Algarve. Although Costa does not throw in the towel, the referendum for 2024 was very complicated even for him, who defines himself as a "chronic optimist" and has the specialty of achieving the impossible.