The deputy general secretary of the PDeCAT, Marc Solsona, considers that Santi Vila and Sandro Rosell "are not bad names" to lead their candidacy in the municipal elections in the Barcelona City Council. 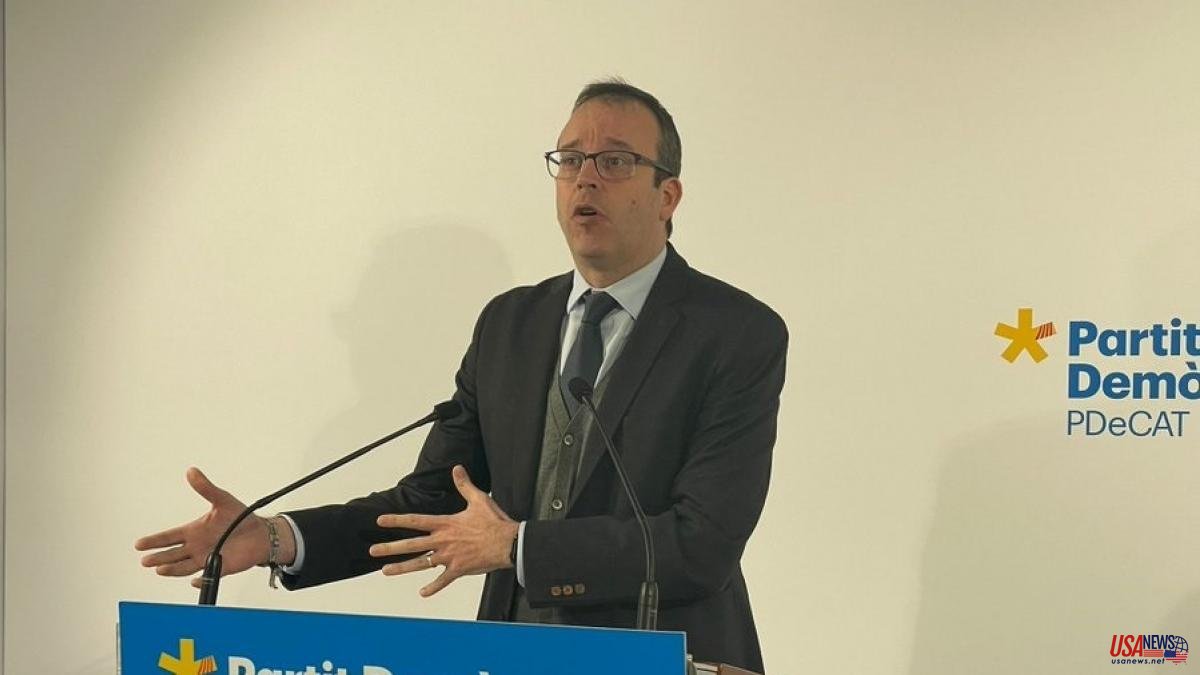 The deputy general secretary of the PDeCAT, Marc Solsona, considers that Santi Vila and Sandro Rosell "are not bad names" to lead their candidacy in the municipal elections in the Barcelona City Council. In statements to La 2 and Ràdio4, the nationalist leader has not ruled out an agreement to compete with other formations in the Catalan capital, such as a Junts candidacy headed by Trias.

Faced with the possibility that Xavier Trias is number 1 of Junts in Barcelona, ​​and therefore not of the PDeCAT -after having left the militancy last week-, the former deputy assures that they have alternatives to appear alone and that there are “advanced conversations”. Regarding the suitability of the names of Vila and Rosell, the also mayor of Mollerussa has highlighted that they are profiles that "fit", either because of their governmental career, in the case of Vila, or because of their independent status, in what regarding Rosell. Asked if they have started conversations with either of them, Solsona has limited himself to saying that “it could be”.

Even so, the leader of the PDeCAT has affirmed that they have the predisposition to form an "alliance that constitutes an alternative to Colau", and has not excluded Junts in the event that they have Trias as mayor. In any case, he has recalled that they hold electoral rights as a party in Barcelona and that they will maintain an "active" role. "We are not going to look at it from the outside," he added.

Beyond the municipalities, another of the fronts on which the Democratic Party is working is to influence the Congress of Deputies with its four seats. The Catalan nationalists did not present any amendment to the totality of the budgets, as a sign of "predisposition to speak and negotiate". Solsona has argued that with a hypothetical agreement they want to get a "revenue" for Catalonia and points out that they are going to put the accent on issues related to the local world, in view of the municipal ones, and regional financing.

The intention of the PDeCAT, then, is to make a profile with the four deputies in the lower house, and mitigate the lack of visibility that caused them to stay out of Parliament in the last elections. In this sense, the deputy general secretary of the party considers that there is no one with parliamentary representation in Catalonia who embodies the "Catalanist center". After the departure of Junts from the Government, in the PDeCAT they see it as an opportunity to highlight their commitment to "order and stability without resignations in the national axis" and represent a space that, as they have said, is "orphaned". Solsona has assured that they are working to try to bring together the space left by CiU and has also lamented that it was a "mistake" to dispense with the Convergència brand in 2016.