The Fools of the Hill

While in France the revolutionaries established the regime of Terror, in September 1793, in the United States President George Washington laid the first stone of the Capitol, the building that was to house the headquarters of American democracy. 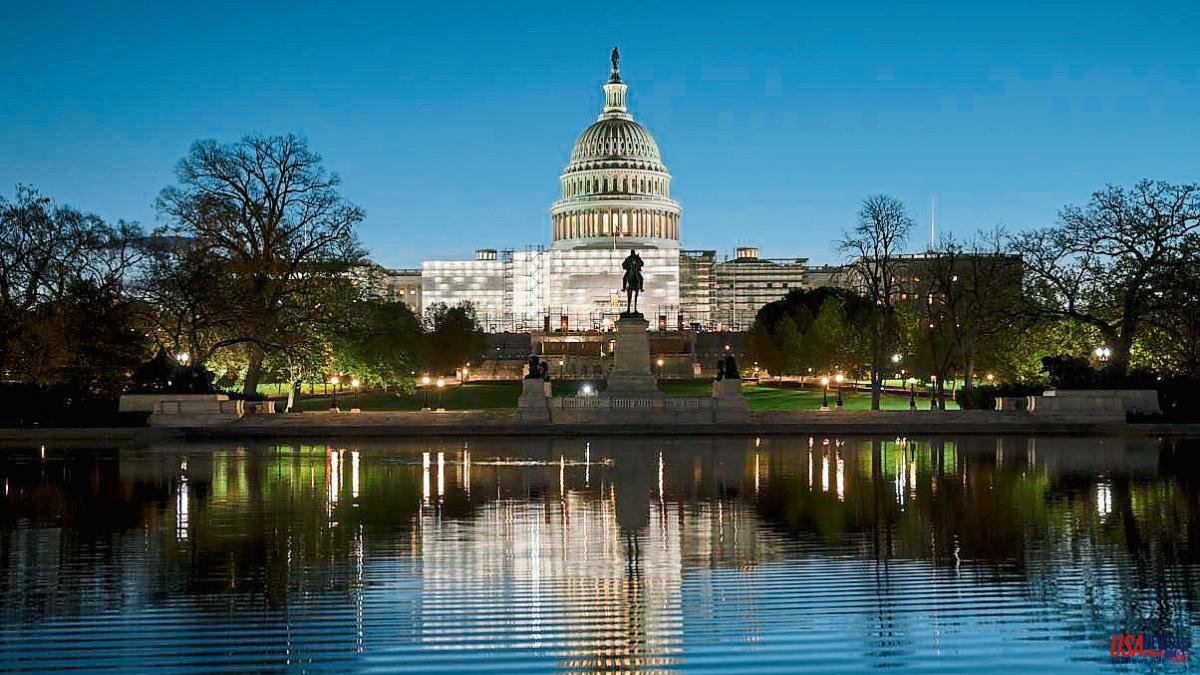 While in France the revolutionaries established the regime of Terror, in September 1793, in the United States President George Washington laid the first stone of the Capitol, the building that was to house the headquarters of American democracy. The founder chose as a location a gentle hill in the center of the new federal capital: Capitol Hill.

The city's tourist guides highlight two milestones in its history: the burning by British troops in the war of 1812-1814, and the coup assault instigated by the then-outgoing president, Donald Trump, on January 6, 2021 to try to prevent the transfer of power to the president-elect, Joe Biden. American democracy has been under siege ever since.

Now, some of those who encouraged or justified the assault on Congress will walk under the great dome of the Capitol as congressmen. And they will have in their hand the majority of the House of Representatives (not the Senate). The result of the legislative elections on the 8th could have been more disturbing. The Republicans have fallen far short of their expectations and the Democrats – despite the fact that midterm elections are traditionally unfavorable to the ruling party – have not obtained such an adverse balance. Had the "red wave" (because of the color of the Republicans) predicted by Trump occurred, the situation would now be much more compromised. And not for Joe Biden, but for the republic itself.

The extraordinary mobilization of large segments of the electorate – young people, women in defense of the right to abortion... – has allowed the Democrats to avoid the worst scenario. And, above all, it has blocked the promotion to the posts of governors and state secretaries in crucial states of some of the most conspicuous deniers (deniers) of Trump's defeat in 2020, which they attribute against all evidence to organized fraud. There was a concerted action to try to control the official instances of vote counting in those states where the outcome of the 2024 presidential elections will be played out and thus be able to annul adverse votes.

The Republicans have been trying to lock down American democracy for some time – redrawing constituencies for their own benefit, control of the Supreme Court... – and this was intended to be another link in the chain.

The popular vote has blocked this last maneuver, by getting rid of most of the Trumpist candidates – some, true madmen – in the most delicate places. But he has not been able to prevent dozens of "MAGA candidates" (for the acronym of Trump's slogan: Make America Great Again) from reaching Congress. It is a universe of fanatics and extremists who question the legitimacy of the president and the institutions, present the Democrats as enemies of the country who must be destroyed, and justify political violence.

There are at least forty of them in Congress, grouped around the Freedom Caucus group, among which there are enlightened people who support the most aberrational conspiracy theories. Like Congresswoman Marjorie Taylor Greene, representative of Georgia and called for relevant roles in this legislature, who supports the lie that the Democrats are part of a satanic network of pedophiles.

Biden will suffer the next two years with a Republican-majority House of Representatives and a powerful wing ultra determined to abort any attempt at compromise. Limitations on budgets and the debt ceiling, in addition to investigative commissions of all kinds, can significantly restrict the action of his government.

It is true that the Republicans are divided. And that the meager election result has drawn open criticism of the all-powerful leader, whom some would like to see out of the 2024 presidential race (his own former vice president, Mike Pence, has said there will be "better options"). But the feral rank and file of the Republican Party, now a far-right force, do not share the establishment's objections.

Aware that a part of his people would like to bury him permanently, Trump has already thrown himself into the arena and has announced – with unprecedented anticipation – his candidacy within two years. There are those who trust – or want to trust – that the Republican Party will end up removing him from the race, given his poor results (the biggest loser, "the biggest loser", The Wall Street Journal called him). But in 2016, when he was just a lone rider, they couldn't take him anymore. And after the assault on the Capitol, despite the evidence against them, they didn't even dare.

Could the judicial threats hanging over his head justly stop him? There are several cases that could take him to trial, from the assault on the Capitol itself to the usurpation of classified documents, going through his business activities. Any one of them could derail you. Unless his candidacy ultimately acts as a firewall.

In any case, the riotous Republican electoral bases are with him, blindly, as demonstrated by the primaries that were held throughout the country to elect the Republican candidates of 8-N. “I have the most loyal people, have you ever seen anything like this? I could stand on Fifth Avenue and shoot people and I wouldn't lose voters,” he said – braggart that he is – when he was running for office in 2016. It was like that then. Today it is more than ever.