The difficult digestion of Barça after falling in the

The pristine blue that presides over the Belgrade sky this Friday has little to do with the mood of Barça, which is much more like a tropical storm after falling to Real Madrid in the Euroleague semifinals. 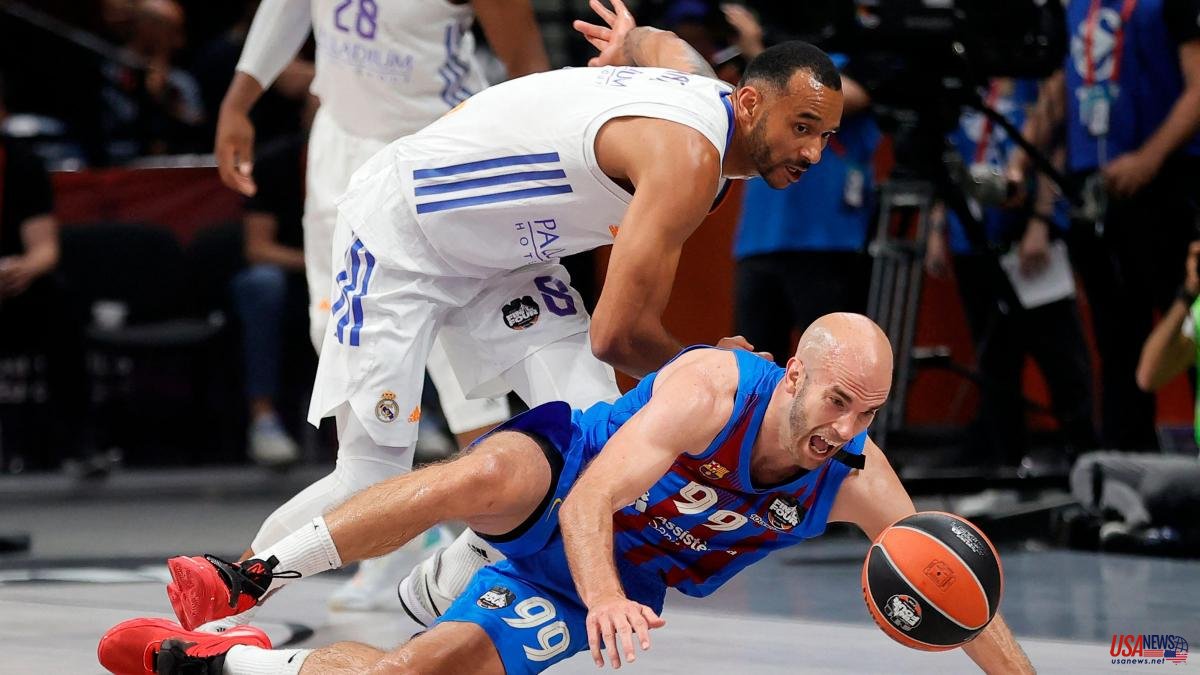 The pristine blue that presides over the Belgrade sky this Friday has little to do with the mood of Barça, which is much more like a tropical storm after falling to Real Madrid in the Euroleague semifinals.

Neither in this final four. The curse continues. There are already 16 presences in the great European event and just two titles, the last twelve seasons ago. Although the defeat against Real Madrid at the Stark Arena is one of those that will leave a deep mark, well above average.

Barça's European via crucis will get tougher in Belgrade, with the blaugrana, top contenders for the title before the event, forced to play the match for third place against Olympiacos on Saturday before being able to focus on the playoffs of the Endesa League against Gran Canaria.

The final 83-86 fell like a huge slab. Mirotic could not find words, outstanding in the classic, who did not understand how the victory had escaped his team. Jasikevicius undisguisedly charged his players after the game. The face of defeat was hard and very difficult to digest.

The club prefers to refer to the end of the season before taking stock, but it is clear that falling in the semifinals against Real Madrid was not on any roadmap. Reaching the second consecutive final four after so long deserves recognition but it seems that it is not enough for a team designed and built to win the Euroleague, impossible to hide.

Jasikevicius already treasures two Cups and a League, waiting for the resolution of the playoffs this year, but in Europe it has not yet been enough for the great objective that led to his signing, glory in the Euroleague.

A legacy of the Lithuanian that with the defeat in Belgrade so fresh it is difficult to assess with certainty, although it is indisputable that the note is more than positive. But the winning character that he showed on the courts seemed to be the missing ingredient for the Barça of the stars in Europe and, for now, it has not been like that.

Beyond the bench, the preparation of the squad also deserves a good coffee and a few words, a painful comparison with a veteran Madrid, in which solidarity overwhelmed a Barça in which Mirotic felt like The Lone Ranger.

In Belgrade the digestion of Barça is being complex and complicated.