The debut of Bellerín, the division of the centrals and other keys of the Cádiz-Barça

Barça wants to continue its good run by winning in Cádiz. 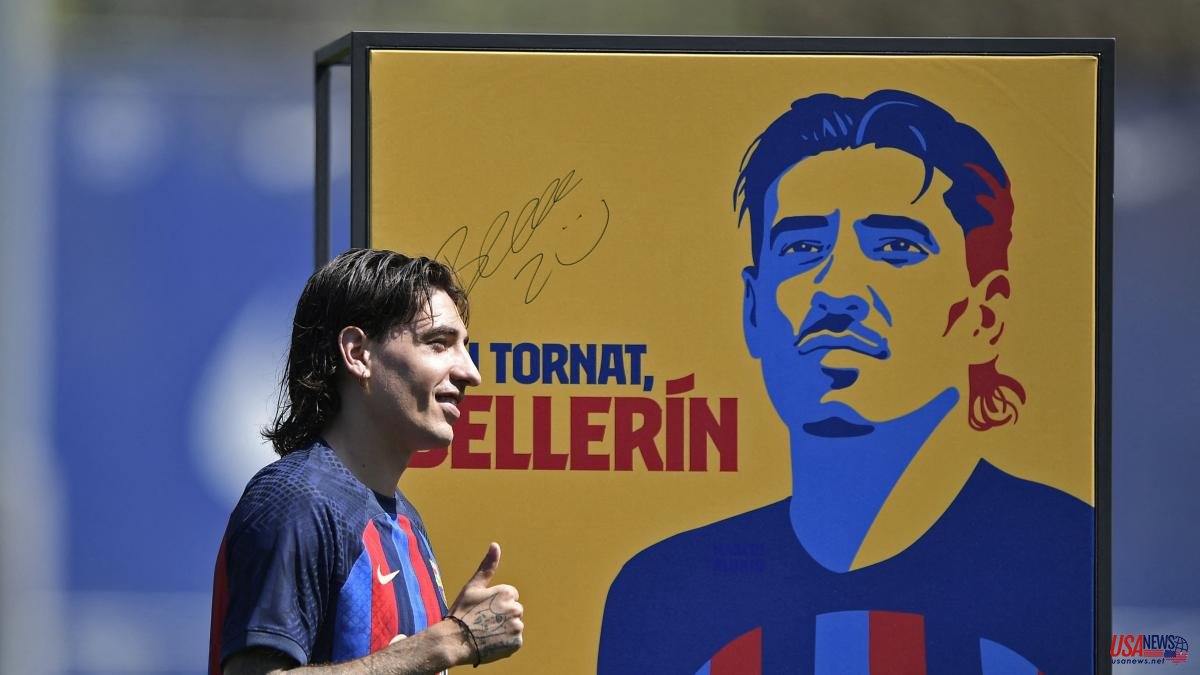 Barça wants to continue its good run by winning in Cádiz. Those of Sergio González, who performed a miracle last season, have not started the season well at all. But Cádiz has never been easy for the Catalans. Quite the contrary. Here my 5 tactical keys for this meeting

In a stretch of the season with a lot of minutes, Xavi has already announced that there will be rotations in each game. And that's how it has to be to offset efforts and achieve optimal fitness during all the months of the season. In this sense, both Hector Bellerín and Marcos Alonso have entered the list and surely both will have minutes. With an essential Koundé against Bayern and with a Sergi Roberto withdrawn due to discomfort against Viktoria Pilzen, it is a favorable match for Bellerín to be able to come out in the eleven. Against Cádiz's 4-4-2 or 4-1-4-1, the full-backs will have a lot of participation with the ball and the clear offensive vocation of the new Barça right-back can add a lot.

Sergio Gonzalez is a very good tactical coach. And one of his specialties is to short-circuit the game of the most dominant teams. Without going any further, the coach completely deactivated the azulgranas last season when the Cadiz team took all three points from the Camp Nou. That day, Cádiz was organized in a kind of 4-1-3-1, in a middle block and with a lot of density inside and a personalized surveillance on the Barça pivot. It worked so well that it is very likely that he will repeat. If that happens, the key to the progression of the game will be the center backs (we'll see if there are two or three). Faced with the pressure of a single point or a point and a half, today he has to step on the opposite field to cause a rival to jump and then release with a pass to advance. In this sense, the presence of Eric or Christensen is more than necessary.

One of the tactical maneuvers that Sergio applied last year at the Camp Nou was to invite Barça to focus their game on the wings but without throwing aid. That is to say, the extreme versus lateral bets did not receive aid. That caused the azulgranas to deepen remarkably but that their centers did not have a prize for the superiority of Cádiz. If the people of Cadiz do the same (which is likely), the best thing will be for Barça's wingers to overflow and also finish the plays.

Cádiz is used to leaving a very liberated area: the balcony of the area. The defense retracts quickly before the rival's progressions and it is difficult for them to go out to reduce meters. In turn, midfielders do not usually close their spaces behind their backs, so the defense-midfield strip is very wide (see image). And that is something that Barça has to take advantage of by insisting a lot on shooting from mid-range. Of the 8 goals that Cádiz have conceded from play, four have come like this. With comfortable kicks in the vicinity of the area's balcony. The goal can come here.

Although it is true that it is not a good start to the League for Cádiz, it is also true that, in some games, they have deserved points. Among the offensive players, Choco Lozano is the one who has been closest to the goal. His falls into spaces carry danger and, in a scenario like the one that is going to take place today, he will have the opportunity to apply them frequently. With an average of 1.5 shots per game, he is the one who shoots the most of the Cadiz team. However, he will cause low. Another interesting player is Iván Alejo. Usually starting from the right, he is fast for the depth of the band and also has qualities to go inside. He also paid attention to Luis Hernández's throw-ins which, due to their trajectory and power, are practically like corner kicks. It will be convenient for Barça to protect itself in the defense of the area so that this is not a problem for the team.