Two decades ago, in the center of a shopping center in Lima there was a hole, a hole that, according to the Municipality's project, had to be a theater, and it was not until 2003 that the La Plaza theater opened its doors. 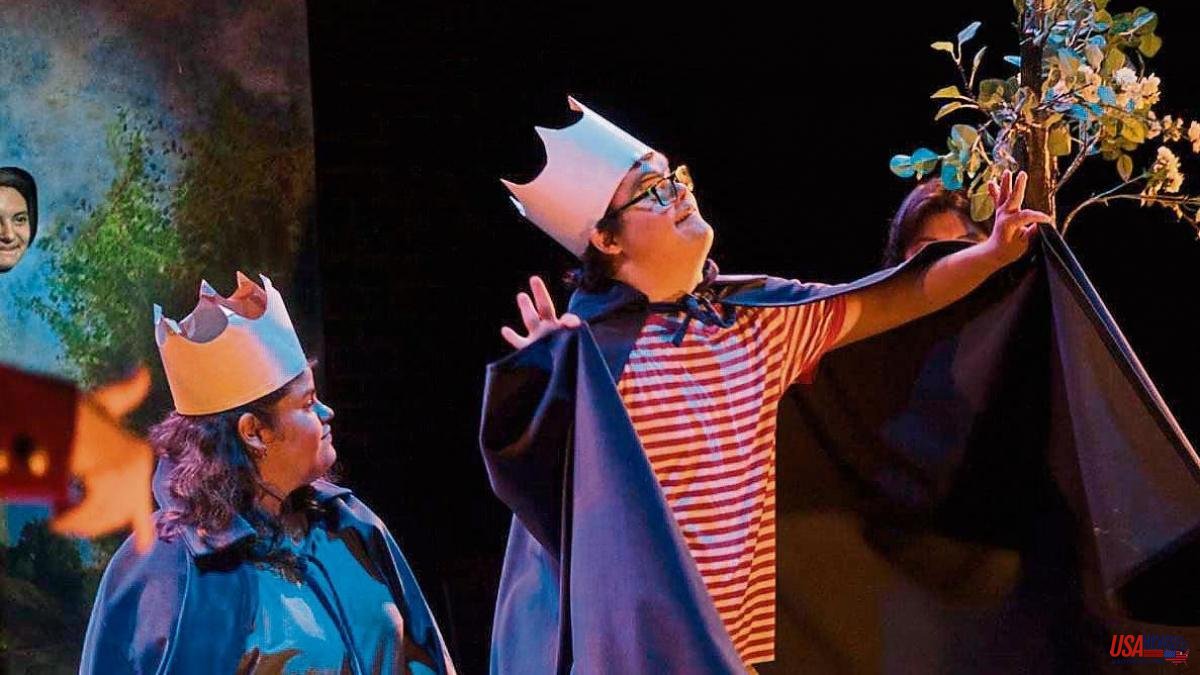 Two decades ago, in the center of a shopping center in Lima there was a hole, a hole that, according to the Municipality's project, had to be a theater, and it was not until 2003 that the La Plaza theater opened its doors. This is how this project was born, which includes training, creation, new dramaturgies and theater, pure theater.

One of the actors who are now coming to Barcelona with his version of Hamlet worked in that facility, at the TNC from July 1 to 3, within the Grec festival: “I was Jaime Cruz, an usher, and I always wanted to act upstairs in the scenery. That's why I told them that I wanted to be Jaime Cruz, an actor. There was a casting and one of the first was me”.

This is how one of the eight performers with Down syndrome who are now on tour in Spain, under the direction of Chela De Ferrari, who is also the general director of the Teatro La Plaza, tells it. They have performed in Madrid and Tenerife, and after Barcelona they go to Alicante. “This tour has completely changed our lives,” says Cruz.

“We make a recontralibre version of Shakespeare's classic –says the Peruvian director–, in which the actors take the stage to relate their lives to that of Hamlet. Music is an important character and the decisions we have made are all shared”.

But in this version there is not a single prince of Denmark: “They are all Hamlet at some point and they are also other characters –continues De Ferrari–. It has been a year-long process and each actor and actress has become a specialist in a character. To be or not to be is used in many ways and it is the most repeated phrase. What does it mean to be for people who cannot find a space where they are taken into account? And they return it to the public in many ways: a monologue, a rap…”

In addition to theater, love has also emerged, reveals Cruz: "During the play, in the scene of Ofelia's dream, there are two characters in the play who really fell in love, Ximena and Octavio." Ximena Rodríguez considers that she and Ofelia have things in common.

And Octavio Bernaza feels very comfortable when he plays Claudio, Hamlet's uncle: “I love villains, and Claudio and I are bachata champions. When I prepare the poison, I dance, and that is when I enjoy it the most”. And he concludes: "We ask that people not see us as children."

The director is already thinking of a new project: "We have thought of the possibility of Twelfth Night, to work on the theme of love in all its forms."