Ter Stegen breaks his own unbeaten record in the League

With the arrival of Xavi Hernández, Barça has regained defensive security, but also Marc-André Ter Stegen has returned to being what he was. 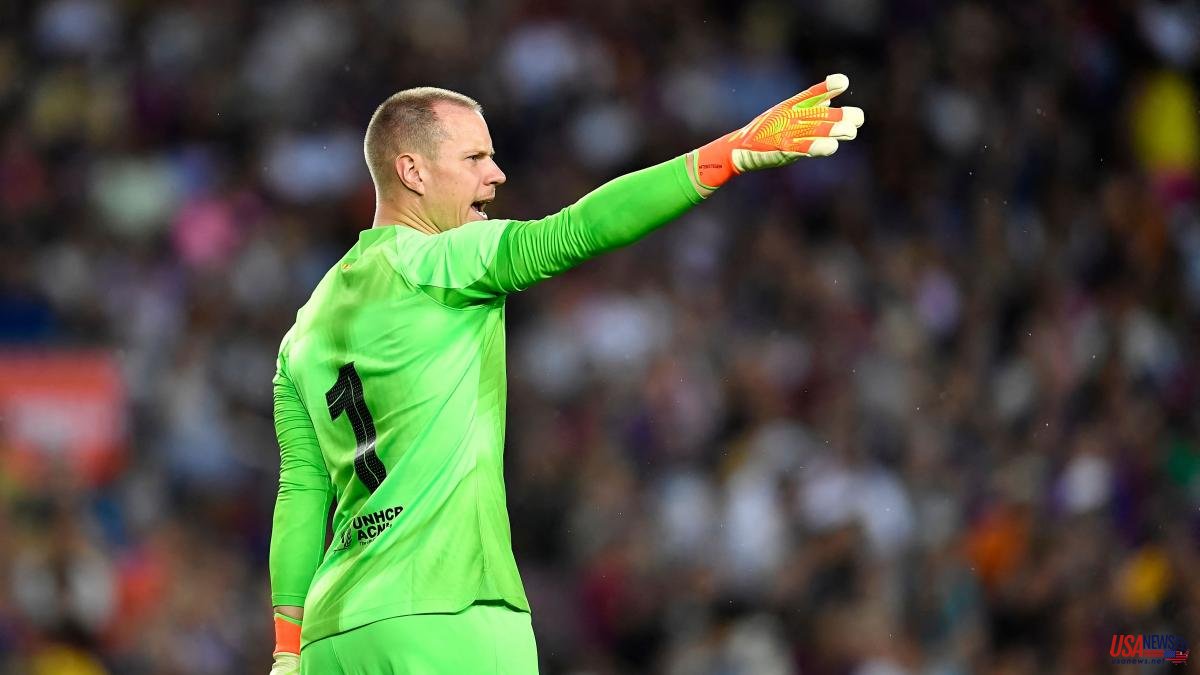 With the arrival of Xavi Hernández, Barça has regained defensive security, but also Marc-André Ter Stegen has returned to being what he was. The miracle man, the impregnable goalkeeper who became the starting player at the Camp Nou based on impossible saves. The German is in one of his best moments as a professional and has shown it with a very symbolic record.

Ter Stegen has managed against Mallorca to beat his own unbeaten record in the League, which until now was 499 minutes. "There are always things to improve, but I am giving everything to reach one hundred percent and, for now, you can see it", said the goalkeeper after the game in Son Moix.

In seven days Ter Stegen has only had to pick up the ball inside his goal on one occasion. The Swedish Isak was the only one who, with the Real Sociedad shirt, scored a goal in the sixth minute of the game that would not prevent the Blaugrana victory. Since then five games (Valladolid, Seville, Cádiz, Elche and Mallorca) and zero goals conceded. In total 450 minutes that leave the goalkeeper close to being Barça history. Valladolid, Seville, Cadiz, Elche and Majorca

The goalkeeper who has been under Barça's goal for the longest time without receiving a goal was Claudio Bravo in the 2014-15 season. The goalkeeper managed to establish this streak by keeping a clean sheet in the first eight league games (755 minutes), beating the Barcelona record held by Víctor Valdés with 686 unbeaten minutes.

Those are the marks that the German is now pursuing who, with 534 unbeaten minutes, is two and a half games away from reaching that record that is so complex to achieve and one and a half games away from beating Valdés. Further away is the mark of Abel Resino (1275 minutes), who in the 90-91 season went 14 games without conceding a goal. An unlikely brand that will hardly be repeated.

Regarding the match, the German recognized that the team "noticed the tiredness" of the national team break, but that the victory "gives the team peace of mind." "We are motivated to fight for all the titles and now we keep the pressure on Real Madrid, which is the leader at the moment".