Rodrigo Sorogoyen takes his dazzling film career a step further with As bestas, an uncomfortable and terrifying rural psychological thriller, one of those that make one squirm in the seat without spilling liters of blood, which hit the festival yesterday Cannes at its world premiere in the Cannes Première section, where it received a standing ovation of more than 10 minutes. 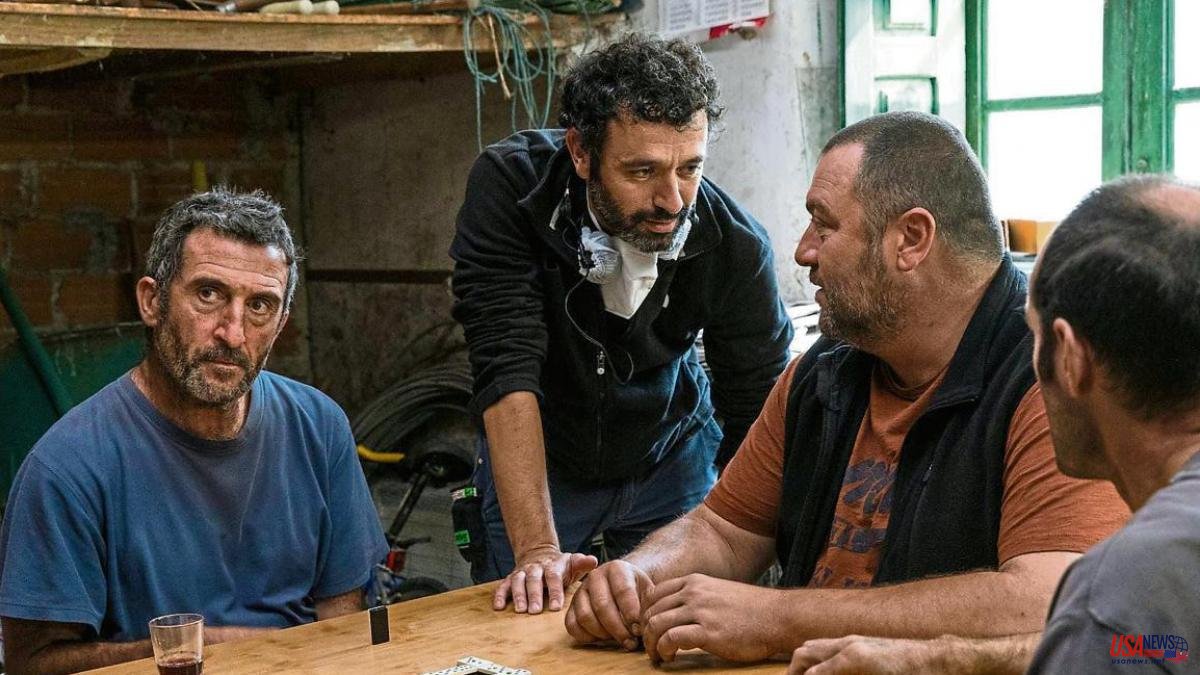 Rodrigo Sorogoyen takes his dazzling film career a step further with As bestas, an uncomfortable and terrifying rural psychological thriller, one of those that make one squirm in the seat without spilling liters of blood, which hit the festival yesterday Cannes at its world premiere in the Cannes Première section, where it received a standing ovation of more than 10 minutes.

Of Spanish-French production and spoken in Galician, French and Spanish, the film is set in a village in Galicia and is inspired by a real event that occurred in January 2010 when Dutchman Martin Verfordern was shot dead by a disabled neighbor. mentally, that he acted motivated by his family's hatred of the stranger.

Shocked by the news, Sorogoyen and his usual co-writer, Isabel Peña, saw a great story to transfer to the big screen and "an opportunity to fill in many gaps and above all as a breeding ground for many topics that interested us," says Peña. The script has gone through different versions since they began to write in 2015 and in it they portray a French couple (Marina Foïs and Denis Menochet) installed in a small Galician town where they carry out their life project by cultivating a garden and rehabilitating houses for encourage repopulation in the area.

His rejection of the installation of a wind farm clashes with the interests of the Santa brothers, with whom a climate of unsustainable tension will be created that Sorogoyen elevates to another dimension to a climax that leaves the viewer breathless. "We have imagined the coexistence of tense calm of these people in that town, where rejection, hatred and discomfort are simmering," says the director. “You can have a violent episode with someone on the street but you don't see him again; however with a neighbor in a town it is terrifying. Getting along is mandatory."

The film does not judge its characters, it does not classify them as good or bad in the role. The filmmaker from Madrid always tries that in all his films, at least the protagonists, “have his justifications and motivations. Know what they feel and understand their desires, pains, shortcomings and fears. Making a film of good guys and bad guys is not very interesting to watch and do and we don't want to fall into that. There were five very powerful characters here that we had to respect in that sense.” What As bestas tells could happen anywhere in the world, but Sorogoyen and Peña wanted to set it in Galicia, despite the fact that the filming was done in a village in El Bierzo.

“Violence is unfortunately all over the world and we wanted to tell a story with a Galician idiosyncrasy that attracts us a lot. But, if we go to Madrid, Andalusia or Catalonia there are stories of the same rural or urban terror, albeit with other colors and smells”, affirms the director of El Reino. "Both the landscape and the Galician language seemed to us to be hyper-cinematic, and also to be able to introduce the Rapa das bestas" - a cultural festival that consists of cutting the manes of horses -, Peña points out.

The terrifying role of Xan was designed for an extraordinary Luis Zahera, who aims to sweep the next awards season. “He has lived with Xan for eight years, since I told him about him in May God forgive us and I think it shows (laughs)”, says the filmmaker.

Zahera says that both he and Diego Anido, his brother in fiction “we are Galician and we know that territory”, so “it has not been difficult to get into the character. The Santa brothers had the misfortune of growing up in a place of misery. The world belongs to a few”, laments the actor, impressed to set foot in Cannes for the first time. "The script was very well written and all the keys were there," continues Anido, actor and playwright. "It has not been necessary a very large previous research work. We have a bit of the skull that was sought for this type of character. They are two intelligent people who were born in a place without resources. Two criminals that people respect because he is afraid of them. The police treat them with a certain relief and that is why what happens happens."

Asked about what he likes most about the story, Zahera admits that "it's how everyone defends their position; how multifaceted everything is and at the same time how similar we all are. It's the Sorogoyen touch. I've already had a few movies with him and he is a great director and author. He has earned his territory in Spanish cinematography, he is very assembly-minded and listens. He is funny, he explains himself very well. He is our Messi".

Marina Foïs believes that the film is also “a love story” and sees “the multiplicity of points of view” as interesting. It cannot be said that the Santa brothers are welcoming, but when they arrive at the village, Olga and Antoine do so in a colonizing plan. At first the coexistence was quite good but everything goes wrong when money comes into play. Olga and Antoine do have a choice, but the Santas don't," she argues.

While Menochet, a victim of the brutality of those brothers dominated by a mother in arms, only has words of praise for Zahera: “When Luis starts to act, everyone stops, even the animals. He is a very generous person”, comments this corpulent Frenchman who admires Sorogoyen's cinema that “raises questions but does not necessarily answer big problems”.

As bestas will hit theaters this year, with no release date yet. "Cinema is a wonderful experience and there is nothing like its visual power," concludes Sorogoyen, happy to be in Cannes, to encourage the public to go to the theaters.