Sánchez in the judges' theater

The president of the Constitutional Court has a half-hidden facet of playwright. 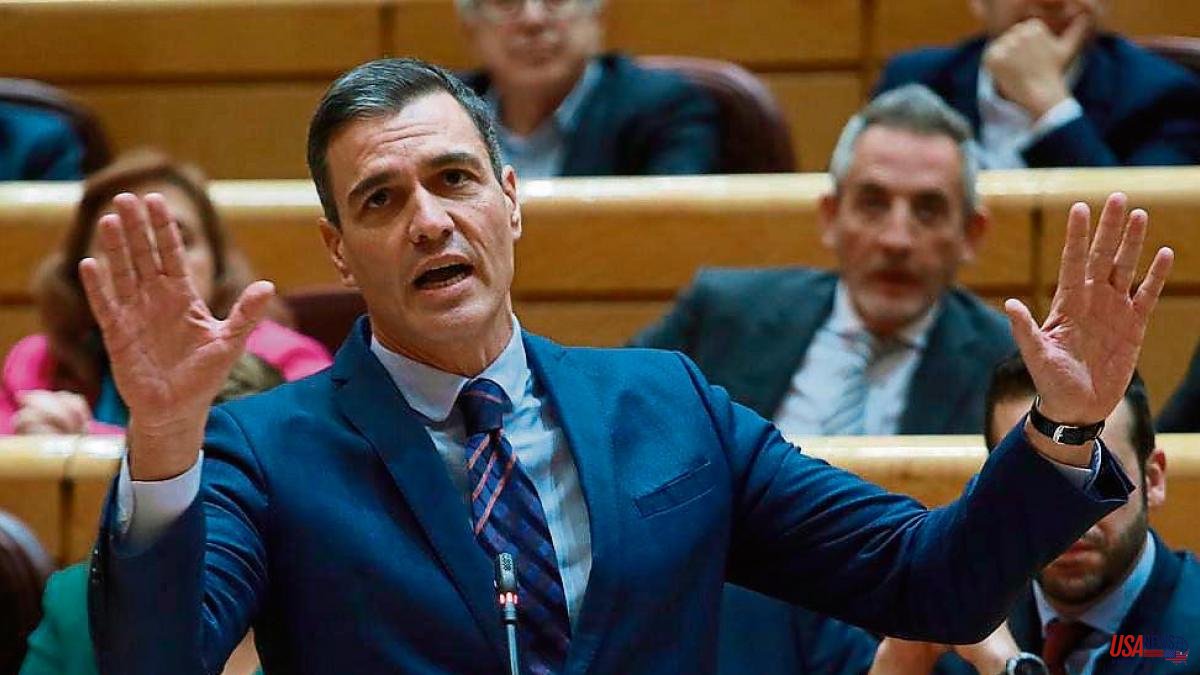 The president of the Constitutional Court has a half-hidden facet of playwright. He is the author of a play –he confronts God and the devil on stage–; another on the way –The Judgment–; And, at the tip of his mandate as head of the High Court, he is signing the script for the worst Constitutional Court in history. Pedro González-Trevijano argued in El País three months ago that jurists are "almost all conservative people, because law is a conservative science." What is not science, but interference, is the "staging of this behavior", denounced even by full colleagues, such as magistrate María Luisa Balaguer, with the mission of blocking the institutions at the request of a party or for their own interest.

The clash between the Government, the Cortes and the TC, promoted by the PP and Vox, and facilitated by a parliamentary mistake on the left, was written. Judge Balaguer made it official on a radio that the result of the appeal of the popular –6-5 for the conservatives– “was already known”. And that is only possible because the judges stopped speaking through their resolutions and have ended up speaking out in public based on the interests of the party that sponsors their appointment.

There is no ideological obstacle in the judiciary, and even less in the TC, which is not even part of the Judiciary. In any case, the court, unanimously, protected itself years ago: "No one can be disqualified as a judge based on their ideas" and, therefore, political affiliation does not compute to challenge a magistrate, even if what is being debated is his relief. Gonzalez-Trevijano himself was the rapporteur for the sentence that gave free rein to the politicization of the magistrates.

It protected the behavior of the then magistrate Andrés Ollero, who was a PP deputy for 17 years. He was challenged by the Generalitat for accusing defenders of Catalan civil law as "supremacists". Ollero accused the Government of "misguiding" and the TC marked a new playing field: stop the hypothetical abuse of the recusals of magistrates by regional governments and parliamentary groups to win majorities in court before certain laws.

And from personal opinions to corporate ones. No recusal, no renewal. While the PSOE and the PP exchanged adjectives in Congress and the Senate, the Professional Association of the Magistracy, conservative and, therefore, "majority" with more than 1,400 associates, hooliganized and applauded María Jesús del Barco, dean judge of Madrid, for "giving a tremendous lesson" to a "Sanchista" TVE presenter. judicial independence.

And if the PP adds judges, Pedro Sánchez shields majorities. The president comes back on horseback from the crises and celebrates Christmas with the PP tilted to the extreme right, Alberto Núñez Feijóo intemperate, the economy offering a truce and the disjointed Catalan independence movement.

Sánchez has his most stable partner in ERC, and the PSOE has gone from “they are not to be trusted” to thanking Gabriel Rufián for his attitude: “we will not leave you stranded (...) Before we are independentistas, we are democrats”. The performance of that alliance has given Sánchez time – thanks to the budgets – and room for maneuver to advance without backpacks in the new electoral year. The polls can freeze the dialogue table, but the negotiation with ERC will continue regardless of whether or not there is an appointment before the end of the year.

In the Palau de la Generalitat, the photo is not renounced on the grounds that the pardons, the sedition reform or the embezzlement were preceded by a socialist “no” up to 24 hours before their formalization. The Republicans also cling to the need for the PSOE to add the 13 Republican votes to complete the legislative reforms that, for example, condition the receipt of European funds. “We will do what we have always done”, they maintain in Palau, convinced that their involvement in Spanish governance leaves Junts out of the game and reduces the visibility of the PSC.

The word of the new year in ERC is referendum and the guide for the first quarter, the agreement of clarity. Moncloa's response is written. “No”, “the process has ended”. But new scenarios are looming. The review of the sentences of those convicted of 1-O is one of them. Again, the theater of the judges...