Sánchez asks in Davos to promote the

The President of the Government, Pedro Sánchez, asked this Tuesday in Davos, during his speech at the World Economic Forum, to promote the "strategic autonomy" of the European Union, both on the energy, trade and economic fronts, after the outbreak of the war in Ukraine and showing dependence on Russian resources, offering Spain as a regasification pole. 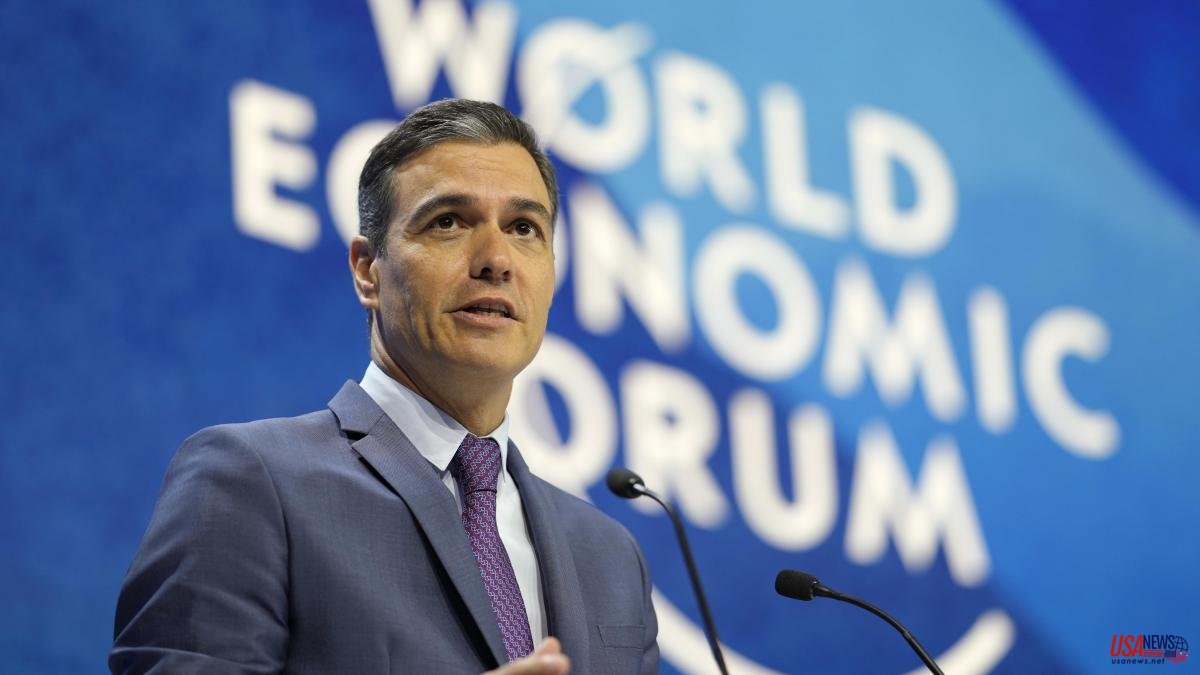 The President of the Government, Pedro Sánchez, asked this Tuesday in Davos, during his speech at the World Economic Forum, to promote the "strategic autonomy" of the European Union, both on the energy, trade and economic fronts, after the outbreak of the war in Ukraine and showing dependence on Russian resources, offering Spain as a regasification pole.

"Russia's aggression is altering the world economy, with an impact on inflation, on energy prices. Spain is not immune," he warned from Switzerland. Sánchez highlighted the work that is already being done, asking to redouble it, to achieve "strategic autonomy, reinforcing the single market, reducing our dependence on energy, raw materials, semiconductors...".

The supply chain crisis and skyrocketing oil and gas prices have shown the vulnerabilities in European capitals. For this reason, he calls for taking advantage of the situation to give a boost to the green transition or to weave new trade links at the transatlantic level, with an eye on Mercosur.

Regarding energy, in an interview on CNBC he recalled that Spain has 37% of Europe's regasification capacity, standing out as a key player in imports of liquefied natural gas. "Spain, the Iberian Peninsula and, I would say, southern Europe, will have the opportunity to provide an answer to this energy dependence on fossil energy from Russia," said Sánchez in the interview, prior to his speech, where he warned that the problem is the lack of interconnections at a continental level.

Food independence is another factor to consider. According to Sánchez, the war has created an "unprecedented food crisis" that will have "dramatic consequences for many countries," especially those that are most dependent on imports. A scenario that is accompanied by a rise in prices that can lead to "social instability and conflicts".

Continuing with strategic autonomy, the war has also shown the need to invest "more and better in defense capacity." "Putin's attack is an attack on the European Union," he argued. "Ukrainians are fighting for democracy, not just theirs, but all of us," the president said, noting that NATO will soon expand to include Finland and Sweden. "We will continue to support sanctions against the Putin regime. Our support is firm, we know what is at stake," he continued, reiterating that the implications go beyond Ukrainian territory.

After his first speech in Davos in the morning, Sánchez will speak this afternoon in a debate on energy security and ecological transition that will analyze the measures to be adopted after the war in Ukraine.