'Putin is a fool', Russian soldiers say in intercepted calls

Orders to execute Ukrainians, piled up corpses, looting, operational failures, discouragement, despair, hunger, cold, sleep, lack of (and obsolete) military resources, fear of dying, contempt for superiors or insulting criticism of President Vladimir are some of the the pictures that emerge from the intercepted telephone conversations of Russian soldiers sent to the Ukrainian front, many of them deceived, according to their words. 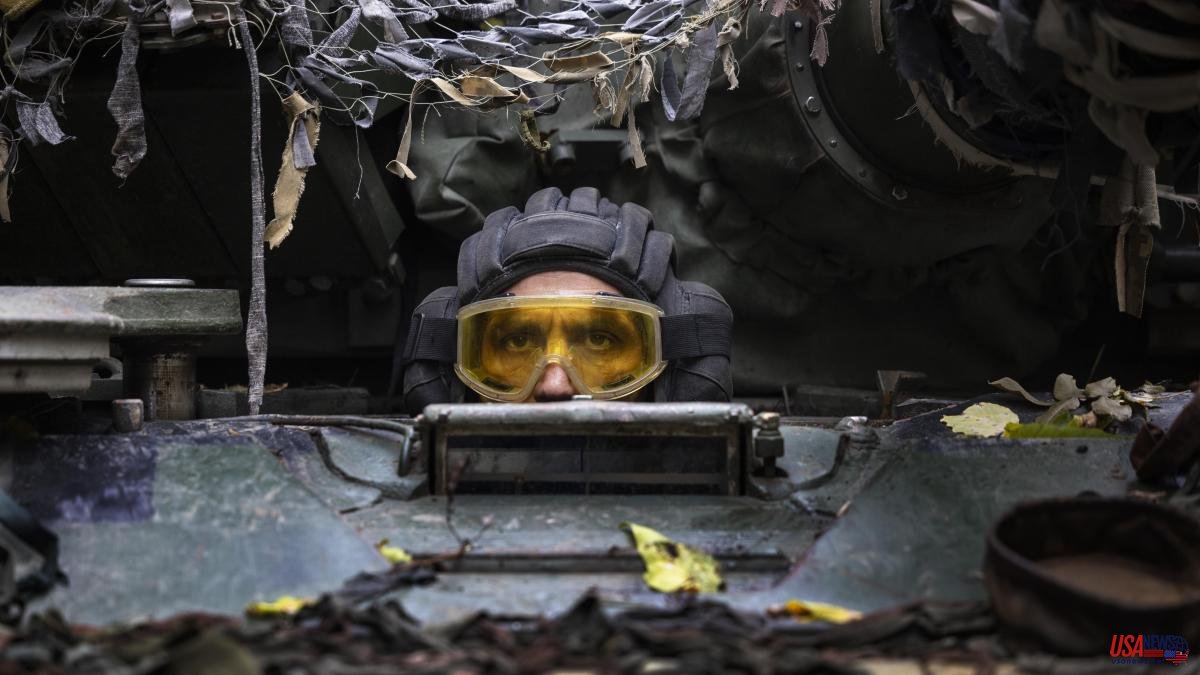 Orders to execute Ukrainians, piled up corpses, looting, operational failures, discouragement, despair, hunger, cold, sleep, lack of (and obsolete) military resources, fear of dying, contempt for superiors or insulting criticism of President Vladimir are some of the the pictures that emerge from the intercepted telephone conversations of Russian soldiers sent to the Ukrainian front, many of them deceived, according to their words. They thought they were going to some maneuvers.

"Putin is a fool, he wants us to take kyiv, but there is no way we can do it," confesses Alexander about the strategy deployed from the Kremlin. “Our offensive has stalled, we are losing this war,” says Andrei. "We have lost half our regiment," says Sergei.

One of the most devastating and descriptive phrases confirms much of the horrors discovered when the Russian soldiers have been beaten in retreat by the Ukrainian counteroffensive. "They have given us the order to kill everyone we see," acknowledges another identified as Sergei.

'The New York Times' revealed this Wednesday on its website a description of the inner life of the Russian troops from calls to their relatives. Someone else was listening: the Ukrainian security and intelligence forces. The 'Times' explains that it has had access to recordings of thousands of these conversations carried out throughout last March. His reporters verified the authenticity of those calls, a process in which they identified soldiers and relatives. In no case is the last name given to avoid reprisals.

“There are dead bodies everywhere. Civilians are lying around. He is screwed ”, Nikita tells her partner. And to a friend: "Everything was looted, he drank all the alcohol and all the money disappeared."

Dozens of servicemen from airborne units and the Russian National Guard participate in the talks. Although other talks had appeared, an examination as detailed as this had not come to light, says the newspaper, a journalistic document on the disorder within the invading army a few weeks after the start of the so-called "special operation".

The soldiers describe, between the mundane and the brutal, the moral crisis and the lack of equipment, in which it is a window to what has happened in recent weeks, when there has been a withdrawal in several Ukrainian territories due to the inability to contain the reconquest.

"Mom, I think this war is the stupidest decision of our government," it read. The 'Times' also provides the original audio. Within two weeks of the start, the soldiers understood that Kyiv was not within reach and, in addition to emphasizing the strategic failure, the calls reflect surprise at the professionalism of the Ukrainian forces. Yevgeny makes it clear, “we are losing”. Another indicates that instead of attacking they are forced to defend themselves. “Tanks and armor are burning. Bridges and dams have been blown up. The roads are flooded and now we cannot move”, he continues.

There are complaints about the lack of weapons and basic things, such as night vision devices or bulletproof vests, and they even emphasize that they "steal" the corpses of the Ukrainians. “Some take the material from the Ukrainian dead and take it away. NATO material is much better than ours." Another points out that "everything we carry is old, it is not modern as seen in the program 'Zvezda'" (on Russian state television).

They allude to the number of casualties in their regiments (“60%”, says one), they assure that the second battalion, of 600 members, had been completely annihilated. And while the bodies of its fallen return to Russia, those of Ukrainian civilians are piling up in the streets and in the forests around Bucha. At the beginning of April, images of those deceased appeared, many tortured, atrocities that were described by Putin as a falsehood or a montage.

In what is further evidence of possible war crimes, as the UN concluded last week, a soldier confesses to his girlfriend that the captain ordered the execution of three men who were talking when they passed by them and that he had become a murderer.

“We stopped them, we undressed them, we checked their clothes. If we let them go, they could alert us to our location, so it was decided to take them to the forest and shoot them." The woman asks if they were shot. "Of course," he replies. And she asks why they were not made prisoners. “We would have to feed them and we didn't have enough food for ourselves,” she replies.

They say that there were mountains of civilian corpses. "This is the reason why I became a murderer and I don't want to kill anyone else, especially those who look me in the eye," laments one. Upon retreating from Bucha, more than 1,100 bodies were found.

“I want to go home,” one implores. "I'm sick of being afraid of everything," he adds.

There are talks that demonstrate the misery of tragedy. Russian soldiers report occupying Ukrainian homes, sleeping in their beds, looting their houses. “Which television do you want, an LG or a Samsung?” One asks his partner.