International cycling closes the year with the consolidation of figures that will be a reference in 2023. 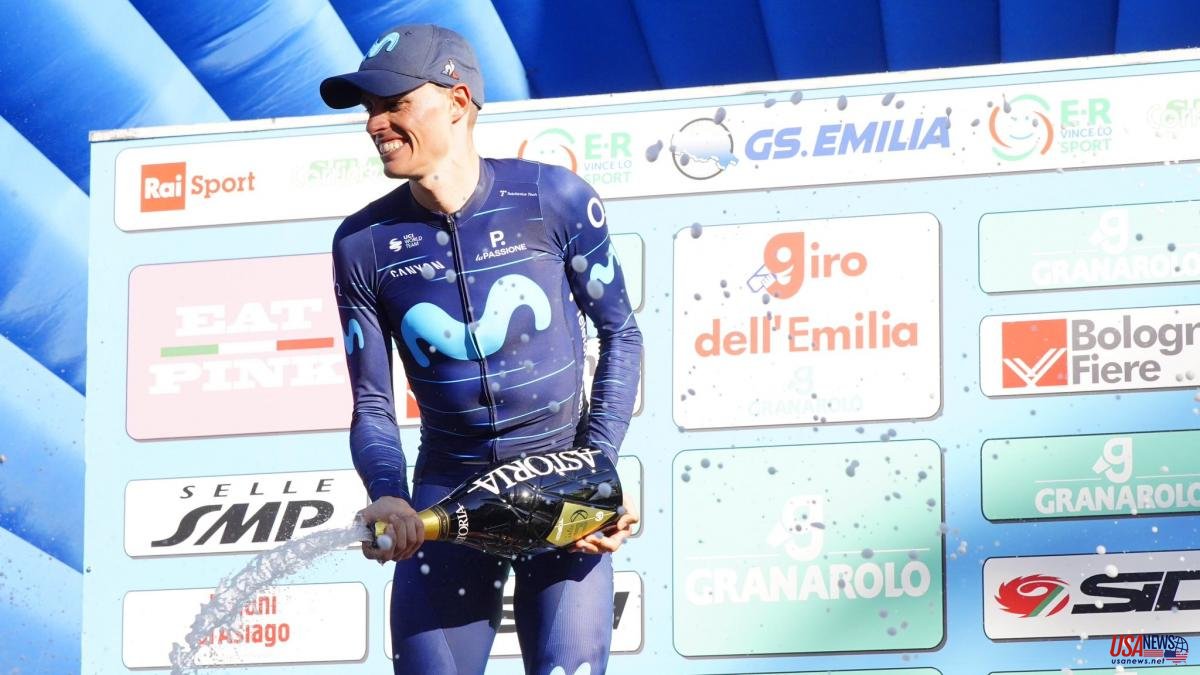 International cycling closes the year with the consolidation of figures that will be a reference in 2023. The new year eagerly awaits the duel in the Tour de France between the Danish defending champion Jonas Vingegaard and the Slovenian double winner Tadej Pogacar, while in the Giro the confrontation between the world champion Remco Evenepoel and another Slovenian, Primoz Roglic, triple conqueror of the Vuelta, is announced.

The four riders will be the references of a peloton in which Spanish cycling appears again after years of drought and uncertainty, accentuated by the withdrawal of Alejandro Valverde. The end of the season of a recovered Enric Mas feeds hope, as well as the irruption in the last Vuelta of values ​​such as Juan Ayuso, who was third in Madrid, and Carlos Rodríguez.

In the Tour de France there will be a week of partying with the launch of the "Grande Boucle" from the Biscayan capital, touring the three Basque provinces in the first three stages. Euskadi will give the starting signal to the third consecutive duel between Vingegaard and Pogacar.

The 26-year-old Dane, the undisputed leader of the powerful Jumbo-Visma, will face Pogacar, 24, captain of a no less powerful UAE Emirates, for the throne of Paris. Both assume a duel of titans that will focus the debate in the gatherings of the Tour. Riders like the Ecuadorian Richard Carapaz, now wearing the EF Education jersey, and Enric Mas, the sole leader of Movistar, should appear, and with force, on the podium positions.

The Tour will not see Remco Evenepoel on its roads. The 22-year-old Belgian, who will wear the rainbow jersey for the first time in the next Tour of San Juan, has avoided the French race and has chosen to include the Giro in his program, but this time, away from experiments, he will go for the pink jersey.

The also winner of the 2022 Tour will also aspire to repeat successes in the great classics and will be at the start of the Fleche Wallonne, Liege-Bastogna and Lombardy, where he will coincide with Pogacar, adding a strong component of interest to these tests. The Slovenian will also defend his crown at the Strade Bianche and will fight for the Tour of Flanders.

However, the classics will be another matter, as great specialists such as the Belgian Wout Van Aert, the Dutch Mathieu Van der Poel and the British Tom Pidcock, the masters of cyclocross, will have a large share of prominence.

In the Giro d'Italia the fight is served between Evenepoel and Roglic. In favor of the Belgian, his youth and his indisputable quality, demonstrated in the Vuelta, where he took the red in his debut. His seniority and experience will allow the Slovenian to rise. His injuries and the last two withdrawals on the Tour cut the path of the former ski jumper in his prime. His return to his best level is unknown.

With Valverde retired and the gold generation of Spanish cycling already far away, the national scene awakens a new illusion with riders like Juan Ayuso, Carlos Rodríguez, aged 20 and 21 respectively, Enric Mas, recovered and more excited than ever at 27 years old and recovered from the mental slump of the 2022 Tour, further boosted by a spectacular season finale. Ayuso and Rodríguez already offered the measure of their possibilities in this year's Vuelta, the Alicante native with a podium finish and the Andalusian seventh, hurt at the end by a fall. Ayuso's big bet in 2023 will be to go one step further, even without ruling out the top of the podium in the Vuelta. "

"My goal is to win La Vuelta, it's not crazy if I say that we have to improve what we've achieved. It's the dream I've had since I was little," Ayuso, who will count on a powerful team for his goals, has no hesitation in proclaiming.

Carlos Rodríguez will take a step forward when it comes to assuming responsibilities at Ineos, where he will complete his last year of contract. The national champion also verified in the Vuelta that he can opt for everything, and his team took note of the detail.

Ayuso, Rodríguez, Mas and who knows if Mikel Landa, third in the Giro, will carry the flag of Spanish cycling in a 2023 that looks exciting. The great tests, the classics and even disciplines such as cyclocross and mountain bike will be a spectacle to follow.

Spanish cycling can boast of ending the year with David Valero from Granada as number one in the world ranking in the mountain specialty, and in January in Benidorm the Cyclo-Cross World Cup with Van Aert, Van der Poel and Pidcock. 2023 starts off shot.