The Danish Mads Pedersen (Trek-Segafredo) has won stage 13 of the Vuelta a España, ending in Montilla, ahead of Coquard and Ackermann. 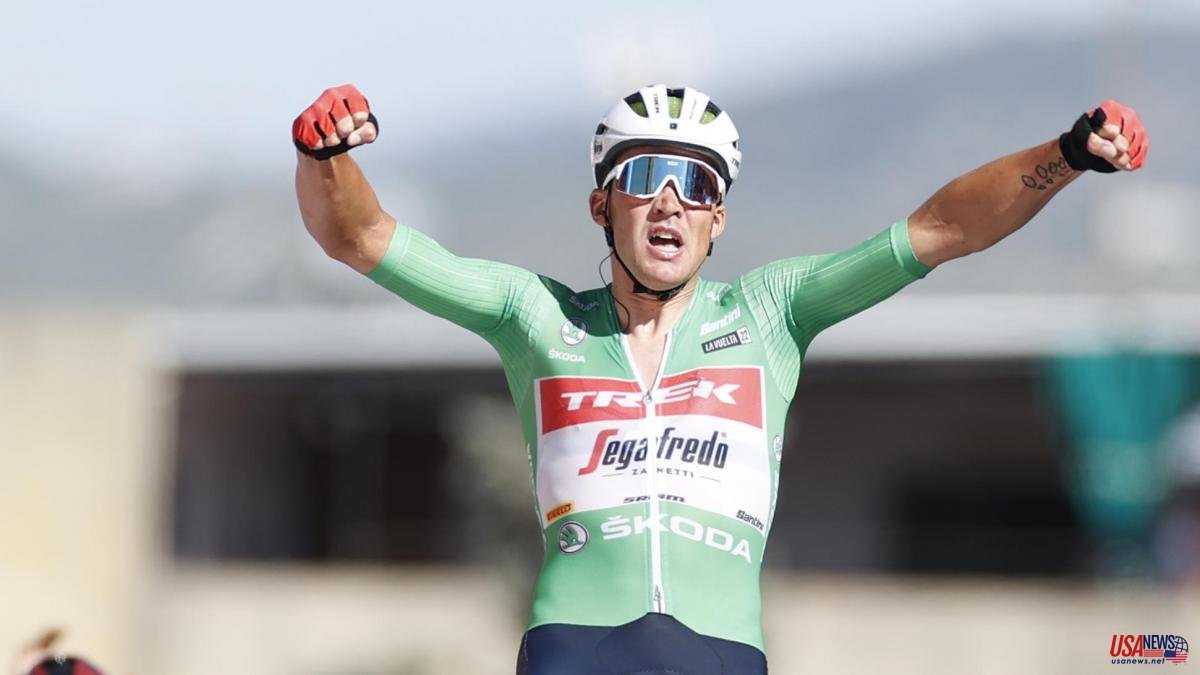 The Danish Mads Pedersen (Trek-Segafredo) has won stage 13 of the Vuelta a España, ending in Montilla, ahead of Coquard and Ackermann. The green jersey made its debut in La Vuelta in a stage that was decided to be a sprint after the breakaways were neutralized by the peloton 9 kilometers from the finish.

After yesterday's tough stage with a demanding climb to Peñas Blancas, stage 13 of the Vuelta a España, practically completely flat, favored the sprinters today, who had one of their only opportunities to take advantage of their strengths before facing a few days in which the mountain will once again be the protagonist in the Andalusian mountain ranges.

Two Spaniards managed to stay on top in a small group of escapees formed by the Basque Ander Okamika (Burgos-BH), the Valencian Joan Bou (Euskaltel-Euskadi) and the Dutchman Julios van den Berg (EF Education-EasyPost). Nobody else followed them and the three cyclists found it impossible to maintain the lead until the finish line. Of course, Bou took over the intermediate sprint before the peloton neutralized the escapees with 9 kilometers to go.

When there were 50 kilometers left to finish, the peloton began to tighten up and in a short time they reduced the distance with the escapees. All the teams were fighting to put their fast men in position before the last meters but it was Trek-Segafredo that took the spoils when Mads Pedersen managed to cross the finish line first with a time of 3h46m01s.

"I came to the Vuelta for a stage victory and now I have it. We will continue fighting to achieve another one", assured the Danish cyclist upon arrival at the finish line. "It really has been a dream scenario. We knew that this final was very good for me. The teammates have done a very good job and everyone has been focused throughout the day. I am happy that I was finally able to get the victory and reward the teammates for all the work they have done so far. It is very nice for everyone," he confessed.

Pedersen explained how he experienced the final sprint with all the teams fighting to get ahead: "Alex Kirsch put me in the last corner and there were still 800 meters to go. So it was perfect to have a strong pace. Pascal Ackermann jumped early and I jumped with him. It was a very, very long sprint. Following Ackermann was already a 350-meter flat-out sprint."

There were no big surprises in the general classification, which is still led by Remco Evenepoel, who yesterday suffered a crash without consequences. The Quick-Step rider has an advantage of 2m41s over the second, Primo Roglic (Jumbo-Visma). Three Spaniards remain at the top of the classification, with Enric Mas (Movistar) from the Balearic Islands in third position. The Andalusian Carlos Rodríguez (Ineos) is fourth and Juan Ayuso (UAE), fifth. The Barcelona cyclist made headlines before starting the stage when it was learned that he had tested positive for covid. The PCR determined that his viral load was low, so there was no danger of contagion for other runners and, following the regulations, he was allowed to participate in the race.