Ouka Leele, photographer and icon of the Madrid movement, dies

Ouka Leele, the great photographer and icon of the Madrid scene, died this Tuesday, a month before her 65th birthday, in a Madrid hospital after a long illness. 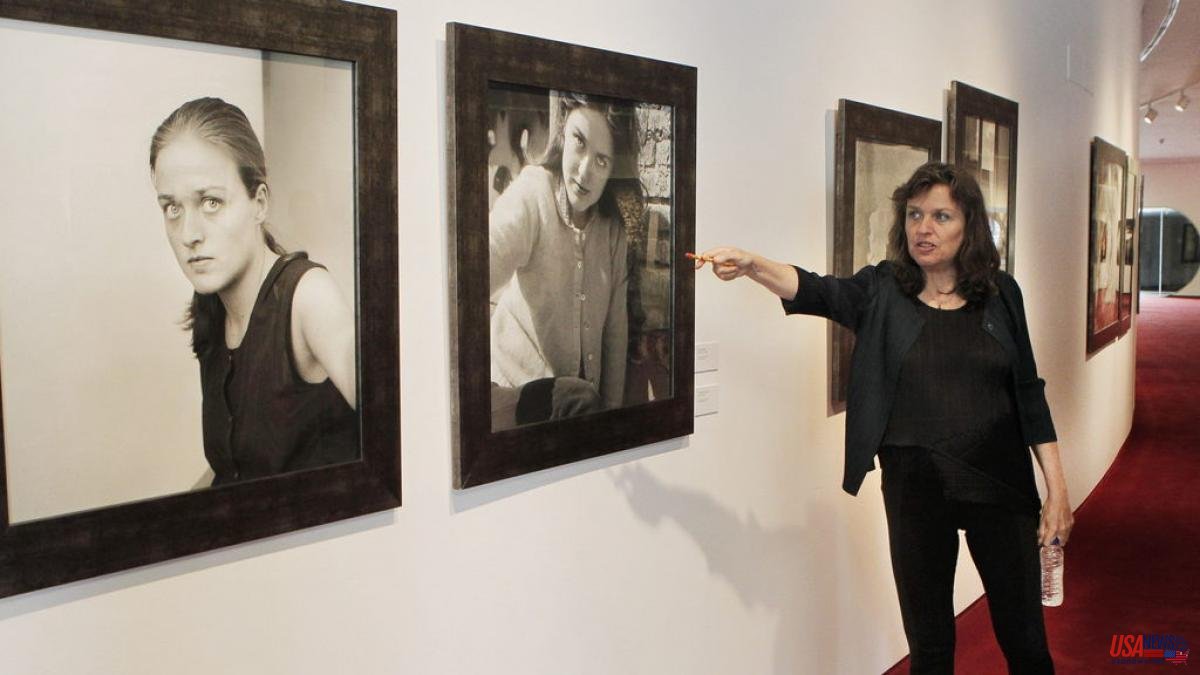 Ouka Leele, the great photographer and icon of the Madrid scene, died this Tuesday, a month before her 65th birthday, in a Madrid hospital after a long illness. National Photography Award in 2005, Bárbara Allende Gil de Biedma burst onto the Madrid scene in the early eighties with photos of her colored in watercolor. She was one of the protagonists of the Madrid scene and became a benchmark for contemporary art.

Born in Madrid on June 29, 1957, into a family of Bilbao's upper bourgeoisie, her father was Gabriel Allende Maíz, a prestigious architect in love with painting; his mother, Victoria Gil de Biedma, was the sister of the poet Jaime Gil de Biedma. The artist was also the second cousin of the politician Esperanza Aguirre.

Ouka Leele studied at the Sagrado Corazón school in Madrid, where he was imbued with mysticism and from a very young age he wrote poetry and painted. He studied drawing at the Orsini Academy with the idea of ​​enrolling in the Faculty of Fine Arts, but he did not enter the university. At the age of 19, he decided to take the camera because the boyfriend he had at the time forbade him to paint "and I let him forbid me, it was the law of terror, as you paint you will find out," he confessed in 2019.

Some of his photographs were included in the book Principle, from 1976, which brought together nine young photographers with a future. That same year he met two people who were going to be key in his life, Ceesepe and José Alfonso Morera Ortiz, El Hortelano, two young men dedicated to underground comics. Although she first had a closer relationship with Ceesepe, she would later be married to El Hortelano for a few years. In 1978 the three friends settled in Barcelona for three years and there she came up with the idea of ​​painting her photographs.

Star magazine, a mythical underground publication, asked her for a color photo for the cover and, as she preferred black and white and never used color, she retouched her works by hand with strong colored watercolors, giving the image a amazing. Ouka Leele was the name that El Hortelano chose for an invented star and that she liked. In 1979, with that name, she signed for the first time all the works of her first individual exhibition, at the Spectrum gallery in Barcelona.

After overcoming lymphoma at the age of 22, the success of Ouka Leele awoke with the Madrid scene and she was chosen as a faithful representative of what was called postmodernity and its eclectic spirit.

The strong colors of his early works softened, the interiors ceased to be a constant in his work and he went out with his particular gaze to portray forests and plants. His works are situated halfway between painting and photography, abstract paintings where composition is as important as color.

In 1987 the Spanish Museum of Contemporary Art dedicated a retrospective to the ten years of his work and in 1992 he opened a 42-piece individual exhibition in London, a retrospective of hand-colored photographs.

National Photography Prize in 2005, Madrid Culture Prize in 2003, his work is hung on the walls of galleries and museums in Paris, London, Tokyo and New York. In 2010 she received the Isabel Ferrer award and in 2012 the Silver medal from the Community of Madrid.

The artist identified with deniers during the coronavirus crisis, stating that "love is the best mask." The Ministry of Culture "deeply" regretted the death of the photographer, who last year had participated in the PHotoEspaña festival with a