North Korea has launched a missile that has flown over the Japanese island of Hokkaido to later crash into the sea, in one more step in the policy of the Pyonyiang regime to intimidate its neighbors with the launch of missiles, according to the first information collected by agencies. 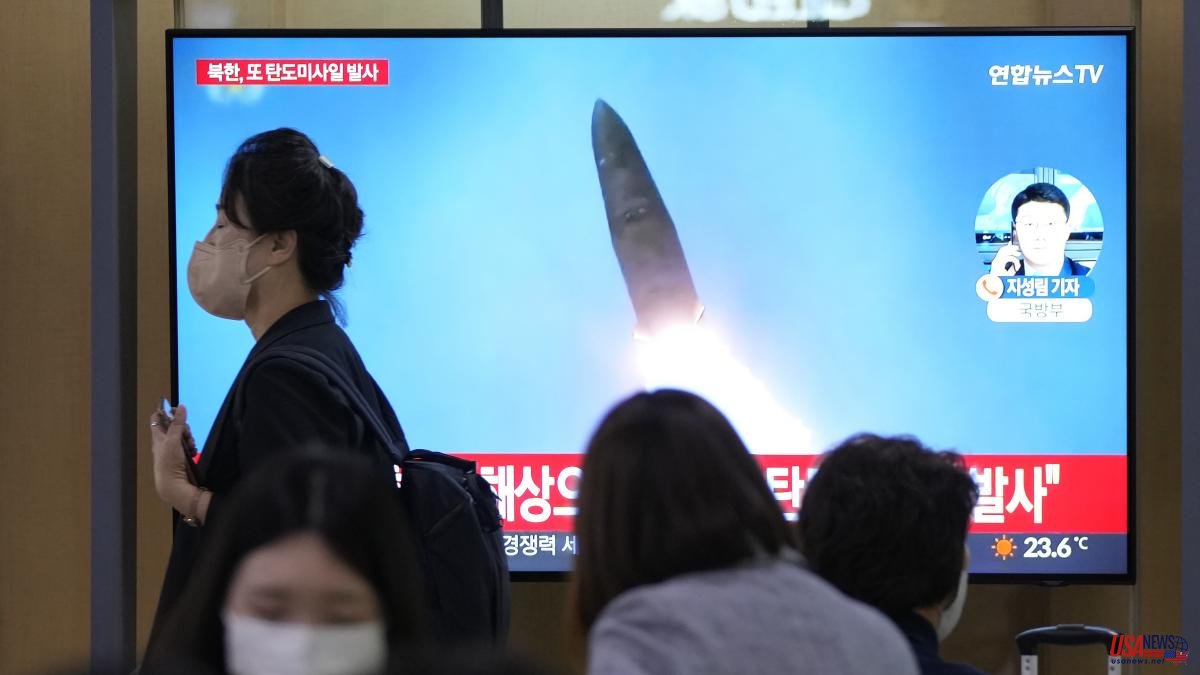 North Korea has launched a missile that has flown over the Japanese island of Hokkaido to later crash into the sea, in one more step in the policy of the Pyonyiang regime to intimidate its neighbors with the launch of missiles, according to the first information collected by agencies. international. The alarm jumped on the northern island of Japan after the television launched an alert recommending the population to hide in their homes due to the launch from North Korea of ​​a missile destined for the island. It is not the first time that Kim Jong Un's country has carried out a launch as a way to intimidate its neighbors, but never before have the Japanese authorities believed it necessary to sound the alarm in the face of such an event. With today's, it is the fifth North Korean ballistic missile that falls in Japanese waters.

Just three days ago, on Friday, North Korea launched two short-range missiles that ended up in the Sea of ​​Japan, far from the jurisdictional waters of this country. These launches were interpreted as the response of the democratic republic to the visit to South Korea by the US Vice President, Kamala Harris, coinciding with the holding of joint military exercises with the participation of the navies of both countries together with the Japanese

The launch of these two missiles was nothing new in recent weeks. Two days earlier, on Wednesday, Pyonyiang had launched another two missiles, this time in the direction of the South Sea, near South Korea, while the previous weekend it made another launch coinciding with the arrival of the USS Ronald aircraft carrier in the area. Reagan to participate in the joint exercises.

The use of such projectiles by North Korea is not punished by UN sanctions, which focus on the regime's ballistic missiles and nuclear tests. North Korea has been isolated from the outside since the pandemic began in 2020 and this year has carried out a record number of projectile tests after approving a weapons modernization plan in 2021. The regime has rejected health aid and offers of dialogue from Washington and Seoul - which are responding in turn with "extended deterrence" - and has already completed preparations for its first nuclear test in five years.