Morocco, the pride of Africa before the World Cup semifinal

Africa is not just another continent. 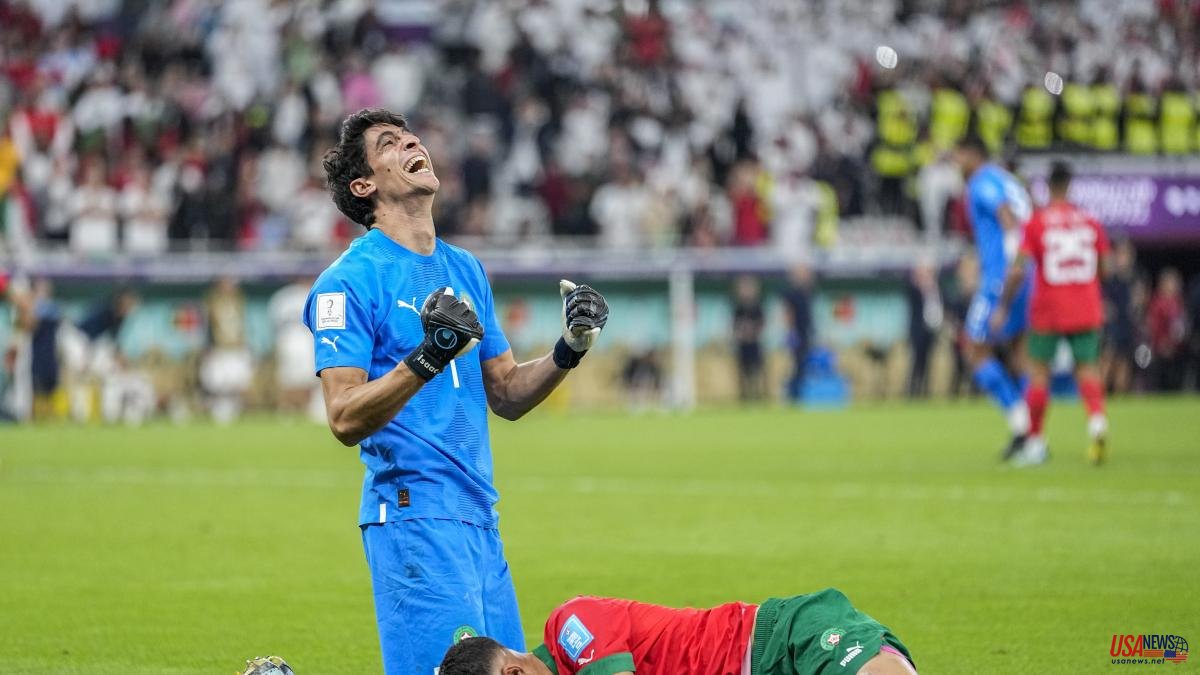 Africa is not just another continent. It is the poorest in the world and that creates a bond between people and between countries that has no comparison. It is unthinkable to imagine a Brazilian or Colombian fan supporting, for example, Argentina in the World Cup for the mere fact of being a South American team. With Morocco, the opposite is true. His exploits in Qatar have far exceeded the horizon of the Sahara and have channeled the illusion of an entire continent, to which the entire Arab world has joined. Morocco has become everyone's team.

“We are here for all of Africa, especially for those from the North, Egyptians, Libyans… for all those who have dreamed of seeing an African team in the semifinals of a World Cup sometime and who do not want to wait 40 years to see an African coach again. have the opportunity to give a press conference like this.” The phrase was pronounced this Tuesday with pride by Walid Regragui, the Moroccan coach, who took advantage of the greatest media showcase of his career to deliver a demanding and profound speech, which went far beyond a World Cup semifinal like the one that measures Morocco this Wednesday. and France.

In just a few months, the Moroccan coach, born and raised in France – what a paradox his is – has been able to heal the wounds of the national team, recovering stars like Ziyech or Mazraoui, creating a footballing and emotional bond between his players, and to implement a very clear game idea, exclusively focused on a short tournament like the World Cup. "He's like a father to us," midfielder Ilias Chair described him in the run-up to the semifinal, who, like his teammates, has the support of his family in Qatar, one of Regragui's many initiatives to establish the "spirit of equipment".

Morocco's success is already indisputable, but becoming the first African team in a World Cup semi-final is not enough. “We arrived at the World Cup with a lot of ambition, to try to change the mentality of an entire continent. If we take the semifinals for granted, many will agree but I don't. Let them call me crazy or a dreamer but luckily we haven't gotten this far, we've worked hard and now we want to reach the final", proclaimed Regragui, with words that resounded in the largest room of the FIFA Press Center in Doha, with capacity for 1,800 people. "People criticized five African teams qualifying for a World Cup because they weren't good enough but at some point you have to say enough is enough and that's why we're here, to rewrite the history books", an expression he repeated a couple of times .

The pride of belonging to a culture different from that of the other three semifinalists, the pressure of the weight of the gaze of so many people or the uncertainty in the face of the unknown are elements that Regragui uses to his advantage. "We represent Africa and the Arab world, and we have the best showcase to show all the people who do not understand our culture how we are with our families and our women," she urged Regragui, before focusing only on Morocco. The world needs harmony and our country has always shown respect for all religions and cultures, we are generous and welcoming without asking for anything in return, it is something we want to teach everyone."

With an average of 32.4%, Morocco is the second team of the 32 World Cup players with the least ball possession. All the heart that Regragui put into claiming African culture was accentuated to defend himself against criticism: “I know that in Europe we are criticized. I'm going to tell Infantino that he give points for possession –he ironized–. What is the use of having 70 percent of the ball and shooting once or twice on goal? We are not here to have possession but to win."

For a country For a culture. For a continent Morocco does not shy away from its responsibility. The champion awaits you.