The Minister of Finance and Deputy Secretary General of the PSOE, María Jesús Montero, has transferred this Thursday from the rostrum of Congress the commitment of the President of the Government, Pedro Sánchez, to take to the Lower House a reform of several crimes of the Penal Code to homologate them to European standards, including the crime of sedition. 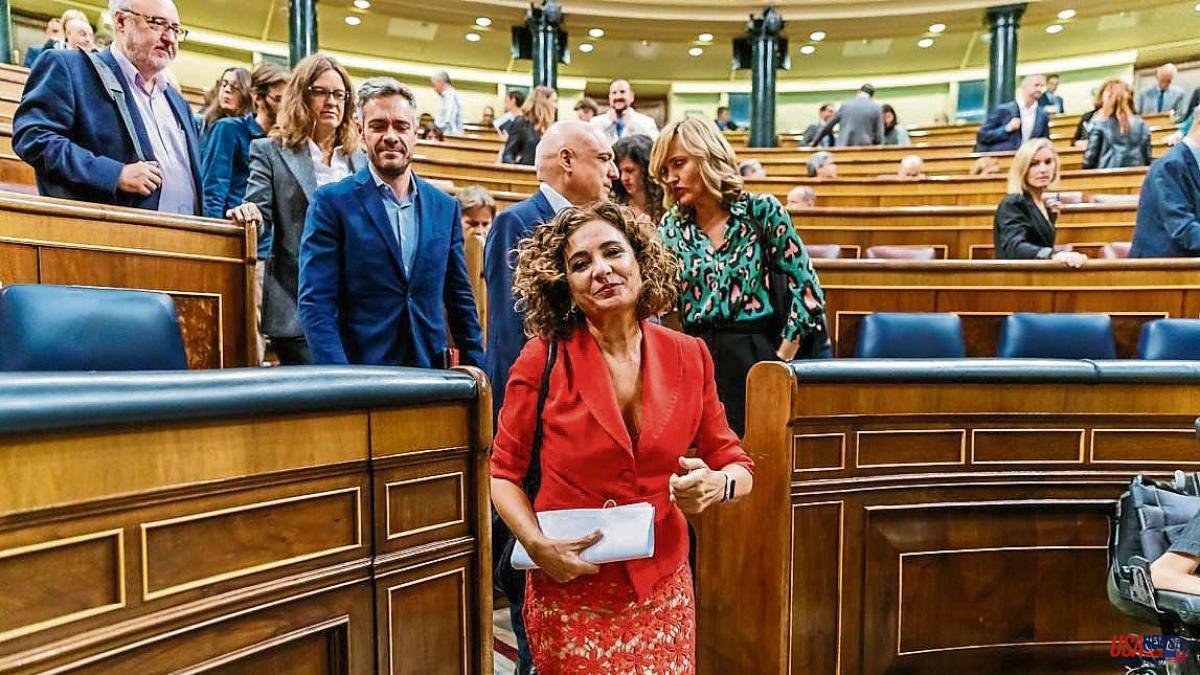 The Minister of Finance and Deputy Secretary General of the PSOE, María Jesús Montero, has transferred this Thursday from the rostrum of Congress the commitment of the President of the Government, Pedro Sánchez, to take to the Lower House a reform of several crimes of the Penal Code to homologate them to European standards, including the crime of sedition.

However, in statements to journalists outside the Chamber, the minister wanted to clarify that "it is up to the president to convey the commitments that we have to develop in the near future" and recalled that Sànchez has repeatedly said that "there is not a sufficient majority" to carry out the reform. "It is not up to my department to explore this majority," she has settled in an apparent attempt to cool down an imminent reform that could endanger the pact with the PP to renew the General Council of the Judiciary (CGPJ).

And it is that simultaneously, the PP warned the Government that if it reforms the crime of sedition it will break the pact to renew the Council and the Constitutional Court that is presumed imminent and that it would end almost four years of interim of the governing body of the judges.

"We will bring it to this chamber, which will have to sovereignly decide on this issue," Montero said from the rostrum without expressly mentioning the crime of sedition, during the second day of the debate on the entire General State Budget for 2023, and has wanted to underline on several occasions that the aforementioned reform is not part of the negotiation of the accounts.

"We will work in another environment that is not this debate," he pointed out. The head of the Treasury also recalled that the chief executive "has been very clear in relation to coexistence in Catalonia and that he has always conveyed the Government's desire to harmonize the classification of certain crimes with European standards."

It was the ERC spokesperson in the Budget debate, Joan Margall, who mentioned that crime of sedition that was applied to the pro-independence activists convicted of the illegal referendum of 2017. "The solution lies in politics", he insisted, urging the PSOE to choose if he is "with 80% of Catalan society" and the mandate of different international organizations such as the UN and the Council of Europe or "is on the side of the PP and Vox".

Given this, Montero has indicated that the Executive is still "committed to dialogue" and that the ERC "knows it" as directed by the pro-independence deputy. "We are not here just to express ideas in the gallery but to try to crystallize them into concrete proposals", he pointed out.

In line with this, the head of the Treasury wanted to reiterate to Margall the words of President Sánchez pronounced a few days ago: "we have to work on the modification of certain criminal offenses that, in the opinion of this Government, are contemplated in a way that does not are comparable to other similar figures that may exist in the European legal system".

After listening to Montero, ERC sources have told EFE that a change in the government can be perceived in going from underlining that there is no parliamentary majority to highlighting that they will bring the project for the chamber to decide.

In this regard, the ERC spokesman in Congress, Gabriel Rufián, has indicated that his party advocates a reform of the crime of sedition so that it is "the most comparable" to the European environment and has assured that there is a parliamentary majority to approve it, although from the Government they have denied it.

"Anyone who has a little memory knows that we have always said that it is good news to democratize the Criminal Code and that it be the most comparable to what happens in Europe in terms of crime," Rufián told journalists in the corridors of Congress when asked if they would accept a reduced sentence for that crime.