Beyond the 22 footballers from England and Austria who will start the opening match of the Women's Euro Cup, Marta Huerta de Aza (32 years old) will be the other protagonist of the match at Old Trafford by becoming the first Spanish referee to officiate a tournament match continental. 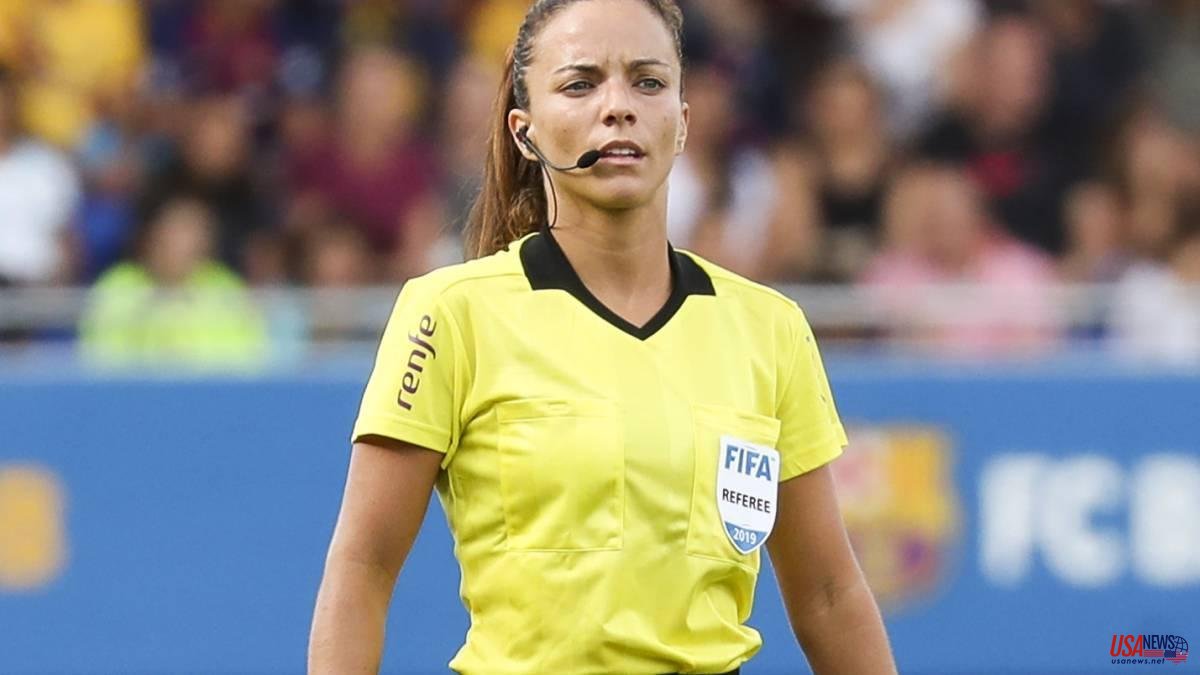 Beyond the 22 footballers from England and Austria who will start the opening match of the Women's Euro Cup, Marta Huerta de Aza (32 years old) will be the other protagonist of the match at Old Trafford by becoming the first Spanish referee to officiate a tournament match continental. "It's a dream that comes true," the palentina told La Vanguardia.

"It is an award for how well the Federation and the Technical Committee of Referees are working in women's arbitration, it is a success at the group level. That is how I consider it," explained the collegiate, who has already made history with Guadalupe Porras by being part of the refereeing quartet of Getafe - Real Sociedad last season in the Santander League.

Then came his debut in the Women's Champions League, in the quarterfinal match this past season between Bayern and PSG. In the Manchester United field he will have Porras as his assistant and in the VAR room there will be two other Spaniards: Sánchez Martínez and Cuadra Fernández, regular referees of the Santander League.

The Huerta de Aza race is one more example of the territories that women's sport is conquering, increasingly equal to men's. "There are always new goals to work for and keep fighting for. We are lucky to have Guadalupe Porras in Spain, who is an example that everything comes with work and sacrifice," she praised her partner.

Her presence in the European Championship has even more merit after giving birth to her daughter Valeria last April. "We must not forget about our personal life because of the professional issue, that was something that I have always had in mind," she said about it. Huerta de Aza has arrived at the appointment in England "with many hours of training and always well advised by professionals".

"You can return to activity after maternity without any problem," added the referee, who also appreciates the support received during the pregnancy and post-pregnancy from the Technical Committee of Referees, "very aware" of her "evolution and return" .

After the European Championship, the Spaniard has another milestone on the horizon: next year's Women's World Cup in Australia and New Zealand for which she is shortlisted. "Just as the players want to be at a European Championship or a World Cup, for the referees it is also our highest aspiration," she recently told a UEFA seminar in Istanbul.