With the excuse that next year marks the fiftieth anniversary of the opening of Sala Zeleste, the pianist Lluís Vidal came up with the idea of ​​paying a kind of homage to the music that was generated around the legendary space on Calle Argenteria. 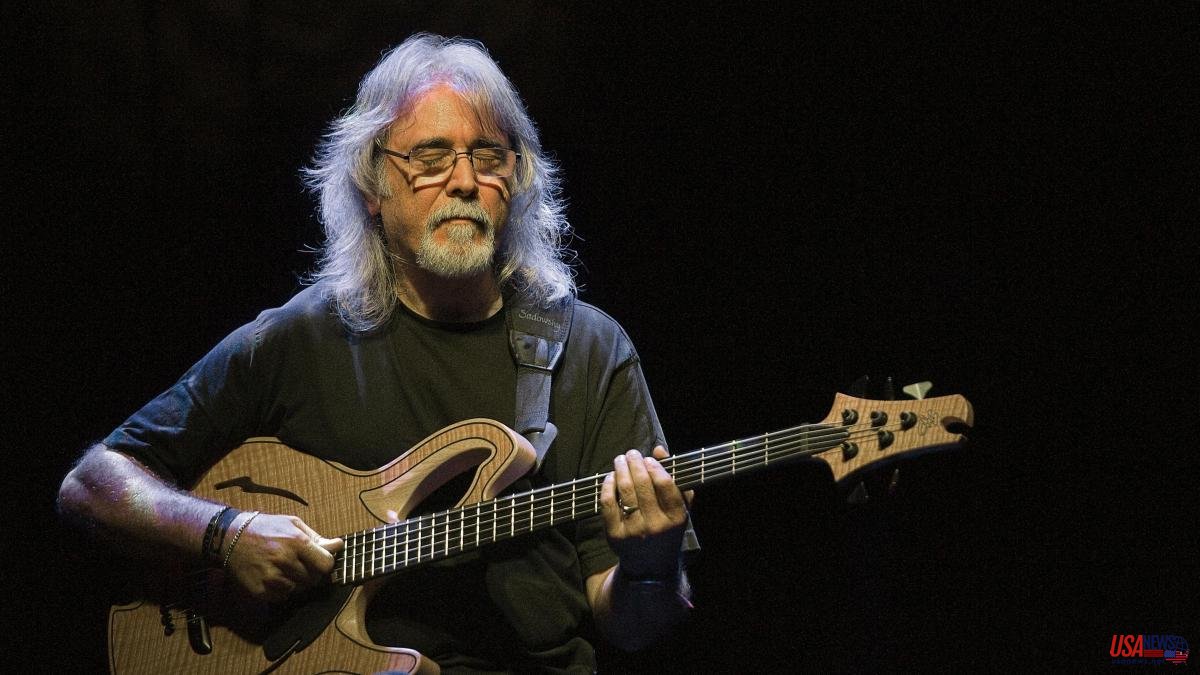 With the excuse that next year marks the fiftieth anniversary of the opening of Sala Zeleste, the pianist Lluís Vidal came up with the idea of ​​paying a kind of homage to the music that was generated around the legendary space on Calle Argenteria. .

Vidal in those seventies was young and lived in first person one of the most brilliant and non-transferable moments of the local and Catalan music scene. As the musician is a driving member of the Barcelona Art Orchestra (BAO), a flexible and open musical formation with a varied stylistic arc, that idea ended up materializing under the reception mantle of the Auditori.

Thus, tomorrow, room 2 (8 p.m.) will be the stage for the presentation of the project named Música Laietana, in the framework of the Voll-Damm Barcelona Jazz Festival and where the BAO will revive emblematic compositions of some soloists and formations of that wave: Urban Music, Dharma Electric Company, Mirasol Orchestra, Toti Soler, Jordi Sabatés, Iceberg, Blay Tritono or Secta Sònica.

Joan Vidal, drummer of the ensemble and one of its four driving forces (along with keyboardist Néstor Giménez, saxophonist Lluc Casares and the already mentioned Lluís Vidal) explains that in the development of the repertoire he has also participated as a guest Joan Díaz who has made new arrangements in the music of Eléctrica Dharma.

Vidal emphasizes a detail: "The original idea was to take different groups of that music, especially those more linked to instrumental music, so we left names like Pau Riba, Sisa or the Orquestra Plateria as bands".

And the final pearl has been being able to invite leading musicians of the time to play at the concert. "Everyone's response has been magnificent, and tomorrow we will be able to count on Toti Soler, Carles Benavent, Xavier Batllés and also the musician and director Joan Albert Amargós, who has made new arrangements for the group Música Urbana, of which he was the founder".

This celebration of the anniversary of the Zeleste room – which disappeared from its location in the former Plateria street to move ephemerally to Poblenou, where it was renamed Razzmatazz until the present time – allows you to travel to the past in a certain way and relive it with current clothing, although much of the music of the layetana wave was born and remains very current.

In addition to the concert-tribute itself, it is remarkable who is its main executor, that is, the Barcelona Art Orchestra. "The BAO is the result of the will that each of us four had separately to create a kind of stable ensemble. The idea is that we are the artistic direction and the formation of the orchestra is adapted to each program. It is a formation independent and the profile of its members are basically professional students, and intergenerational, parity is sought, but basically they are musicians related to the four of us" (for tomorrow's concert there are well-established names such as Vicenç Solsona, Gabriel Amargant, Joan Mar Sauqué or Alba Armengou, in addition to the four promoters already mentioned).

Joan Vidal himself acknowledges that "I experienced Catalan rock, because in Laietan times it had not yet been born, but speaking with Toti Soler [whose music he has arranged for tomorrow's concert] and company, you realize that the musical level was impressive. And I think that in what came later, with Catalan rock and later, a lot was lost”.

He also acknowledges that "I know that those bands had Weather Report or Chick Corea as references, and they caught on a lot, but the Zeleste room hosted many different styles. It was a kind of continuous festival. Now I see it difficult for this to happen. Then there was a variety and an incredible richness. You just have to listen to Música Urbana, which together with Iceberg, for example, had a very concrete and solid sound.

And when asked if it is difficult for the musicians of the BAO to play music that did not live, his answer is clear: "Not in my case. I have arranged the music of Toti Soler, and I have seen that being a bit virgin in that aspect gives you more freedom when writing. It hasn't conditioned me at all".