Mónica Oltra is close to being charged by the Valencian TSJ in the case that is instructed by the alleged negligence of her ministry to protect the minor who was sexually abused by her husband. 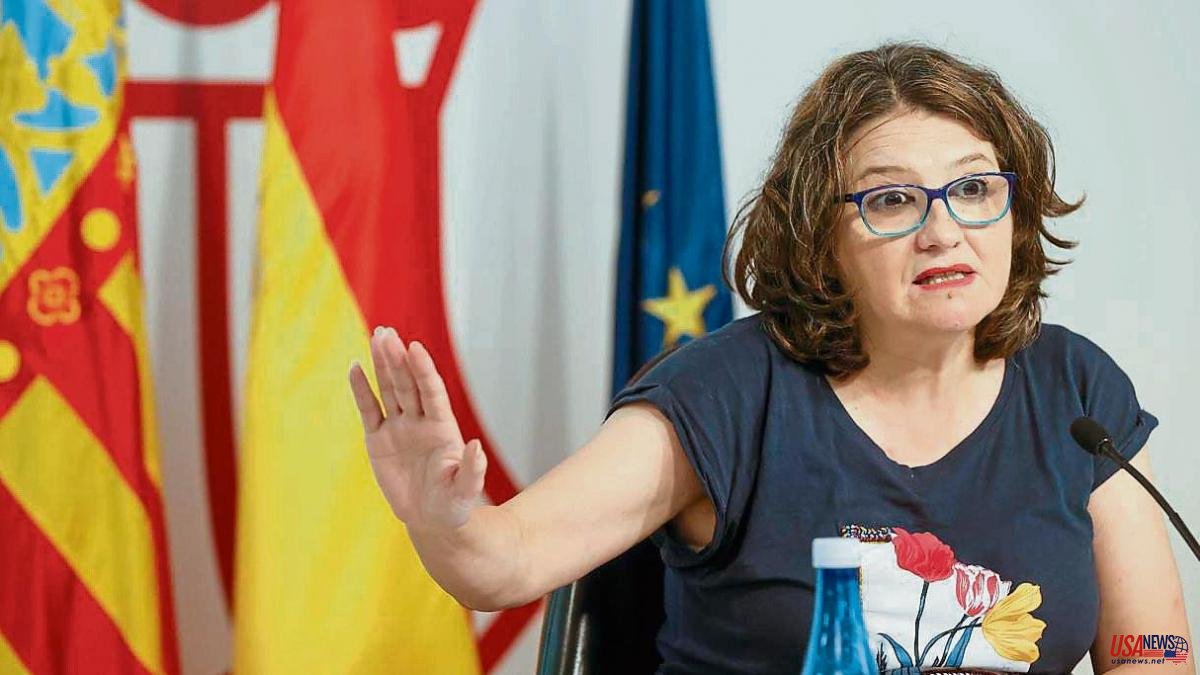 Mónica Oltra is close to being charged by the Valencian TSJ in the case that is instructed by the alleged negligence of her ministry to protect the minor who was sexually abused by her husband. A negligence that, according to the rationale of the high court prosecutor, occurred because she drew up a plan to hide the abuse of her ex-partner and to undermine the credibility of the minor's complaint. Not only that, the Prosecutor's Office understands that the Valencian vice president could have committed the crimes of prevarication, abandonment of minors and omission of the duty to prosecute crimes.

This is the last hour of a case that seriously threatens the continuity of the spokesperson for the Valencian executive and leader of Compromís. So far, Mónica Oltra has denied the facts, has made it clear that she does not intend to resign and even this past Friday she challenged the prosecutor of the TSJ, the progressive Teresa Gisbert: "When the truth becomes incredible, this country has a problem" , assured the leader of Compromís, questioning the conclusions of a report by the Public Prosecutor's Office that indicate that it is likely that the TSJ will soon cite her as a defendant.

Mónica Oltra's case began after her ex-husband was sentenced to five years in prison for abuse of a minor who was then 14 years old. The ruling is being appealed to the Supreme Court. Luis Eduardo Ramírez Icardi was a monitor at a center for minors supervised by the ministry run by Oltra. In the sentence he was already alerted to the alleged abandonment of the minor by the Administration. The victim, whose lawyer is the leader of the far-right force Spain 2,000, decided to denounce the management of the case. The instruction forced fifteen social service officials and workers to declare as accused, and the judge asked the Valencian TSJ to be able to interrogate Mónica Oltra as she was appraised of her.

Mónica Oltra has appeared on several occasions before the Valencian Parliament and before the media to offer her version of events. But the instructor understands that there are enough indications about the alleged intention of the ministry to want to hide the case and protect Mónica Oltra. This is also the version of the TSJ prosecutor, who states in the proven facts that no one from the department of Inclusive Policies believed the minor and that it had to be the National Police that took the case to the Juvenile Prosecutor's Office, four months later of the first complaint of the girl, who is now an adult.

The Oltra case is generating enormous pressure on the government chaired by Ximo Puig from the opposition, which is calling for her resignation or for the Valencian president to remove her from her institutional posts. In Compromís they have closed ranks around their leader, but there are not a few who wonder if this pressure can be endured for a long time if they charge her.

In the environment of Ximo Puig it is assumed that the permanence of Mónica Oltra is assuming a strong wear, especially for the head of the Consell, who is now being criticized by the opposition for not dismissing her. On Friday, the Valencian vice president stated that “none of those people (in reference to all those accused of her ministry in this case), nor I have done anything illegal or dishonest. The reality is what it is". Now everyone awaits the decision of the TSJ.