There are many novelists of indisputable talent in our contemporary narrative and whose reading is a luxury. 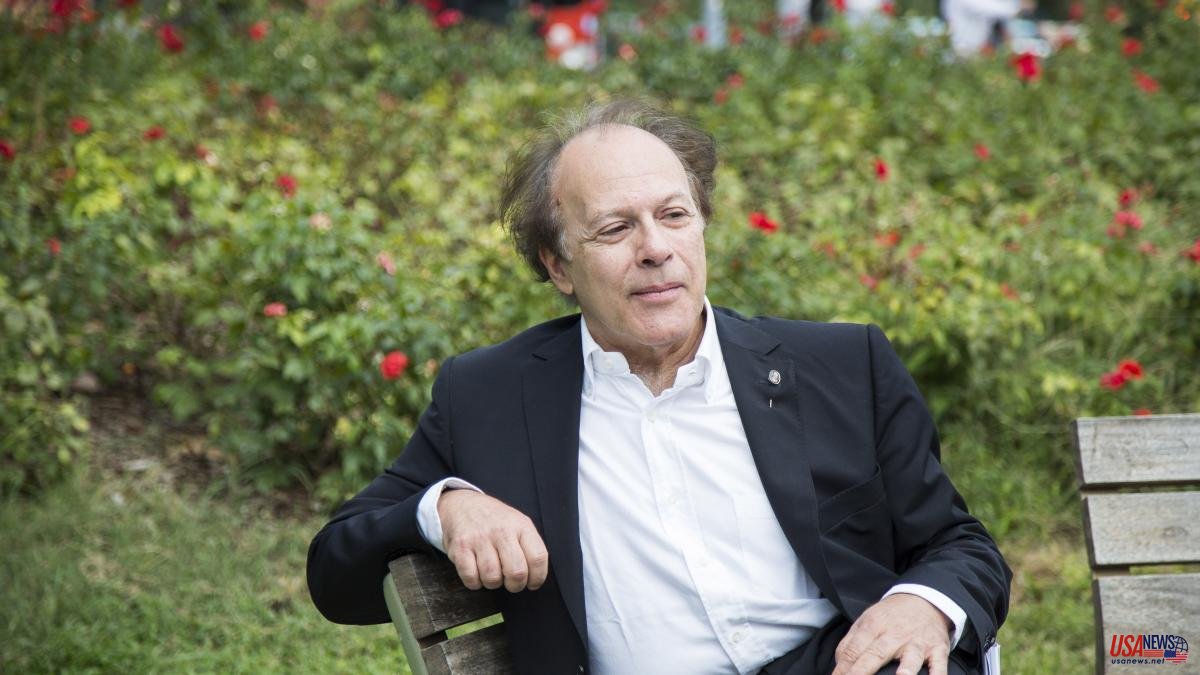 There are many novelists of indisputable talent in our contemporary narrative and whose reading is a luxury. I have been especially interested in those that, in addition to being a luxury, are a necessity. I have often associated two writings as radically different as that of Javier Marías and Enrique Vila-Matas, two authors who have lived intensely but who have dedicated their lives to writing, who have traveled the world and fed on it, but who at the same time they live in the world they have built, obsessive writers in whom it is impossible to separate autobiography from fiction, precisely because of the force of the creative imagination. And along with the attraction of a story that is a thousand stories, there is the incessant thought and the company of great writers.

Already in his first novel, Los dominios del lobo, from 1971, Javier Marías opens the door to what will be, fueled by the aforementioned incessant thought, fragments of the great novel, this work in progress that only ends with the novel that we will never read because it is not written nor will it be written. At the same time, each novel is a world in itself made up of different, surprising situations. To ceaseless thought we should add ceaseless imagination.

Naturally, in this process, in this unique novel made up of many unique novels, a few manage to achieve what we could call the ideal, canonical novels within the author's trajectory and the panorama of contemporary literature, in which Marías occupies a place privileged, and that attracts numerous readers. I think of All Souls (1989), close to my heart because I have also frequented Oxford and attended some of the professors' dinners (high table) brilliantly parodied here and at the same time –something that is frequent in Marías– the affection , attraction or sympathy for what is parodying, in an example of rare humor among us. The novel "suitable for all audiences" is Corazón tan blanco (1992). And suddenly Marías, after what could be his most classic novel, embarks on a great adventure to create a complete novel. I'm talking about Tomorrow in the battle think of me (1994), Black back of time (1998) and the trilogy Your face tomorrow (2002, 2004 and 2007).

It is from here that we can give a more complete vision of this work in constant movement, in which narrative lightness, complexity and conceptualization are combined. The narrative engine is perception: seeing and hearing, so we witness various situations, some grotesque, others close to crime novels. Knowing, knowing, is a necessity, but also a danger, and also leads to the need to tell in a writing full of inquiries, speculations and paradoxes. The center of his adventures are his native Madrid and Oxford, where he was a professor at his University: Todos las almas is the translation of All Souls college. He is our most Saxon writer, translator among others of Thomas Hardy, Robert Louis Stevenson, Joseph Conrad, William Butler Yeats, Wallace Stevens, Herman Melville and, very especially, Tristram Shandy, by Laurence Sterne, so present in his narrative. As is, above all, William Shakespeare.

Marias is a master of digressions. Like Vila-Matas, he has broken with the concept of the nineteenth-century novel. Thus, we witness the narrator flow, with coincidences, associations, ghostly links, hypotheses, speculations, paradoxes, crazy scenes, all activated by the need to tell, the same need to observe. And he not only relies on a series of writers, but also on his frequent references to the nature of writing, to make fun of the Spanish tradition.

Criticism of Spanish customs goes beyond its narrative. Marías is a steely columnist. He has a reputation for being grumpy or moody, as he hasn't done more than Larra did in the early 19th century. It could be said that his criticism is consistent with his intransigence when it comes to his personal life: he has remained aloof from cliques, he has rejected prizes and distinctions, he has lived on the fringes of public life. And it is still curious that, with everything in his autobiographical writing, with the constant presence of his father, the philosopher Julián Marías, we know very little about his personal life, whether or not he is married or where he lives. permanent. His life is that of his novels, where fiction does not falsify autobiography. And this can explain the naturalness with which we read it: like Vila-Matas, the interest in reading until now centered on the plot, is now found in the moment, that is, in the essential, without being alien to it. to the time we live in. Quite the opposite: nothing more powerful than this voice that accompanies us in a monologue that began with Los dominios del lobo, until his most recent novel, Tomás Nevinson (2021) where, more than ever, everything is "conjecture and divination"

Javier Marías Franco, the editor, the translator and the writer, the endearing sullen man with whom I had my disagreements -provoked involuntarily by me, so sorry– and my many agreements, has left us, but his voice remains as the most valuable company, the one that has accompanied me for fifty years.