“If I govern alone, the foundations of Ferraz will shake”

One week before the elections, and according to the polls, the Andalusian electorate does not seem very motivated. 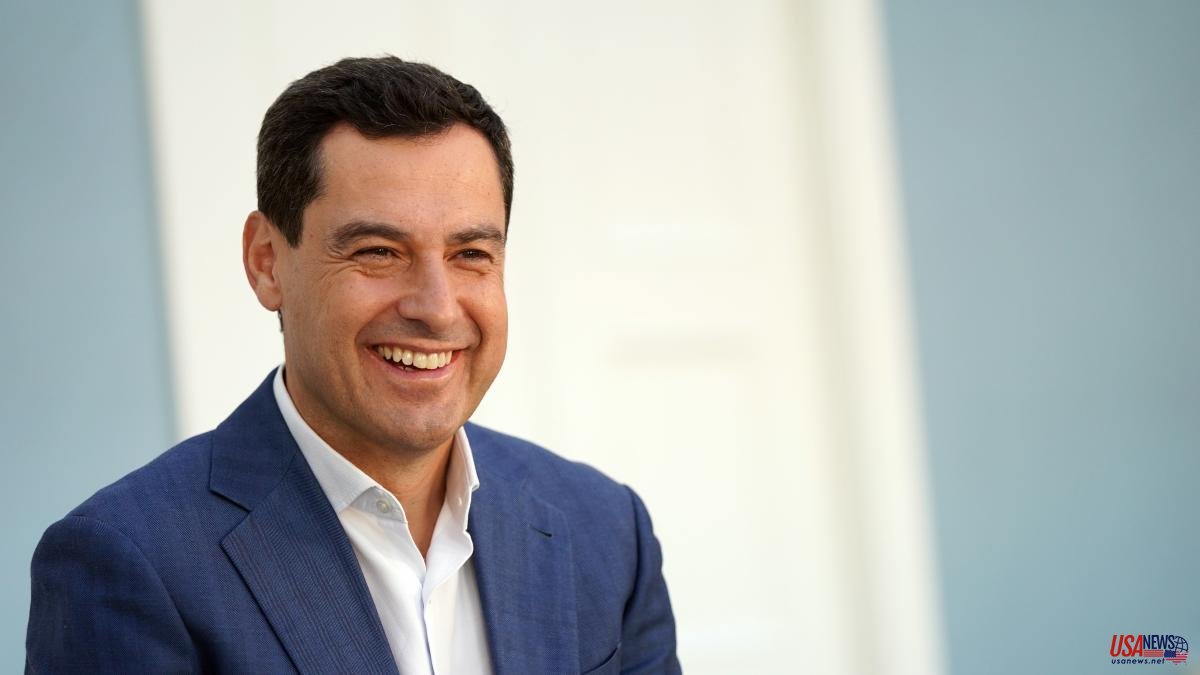 One week before the elections, and according to the polls, the Andalusian electorate does not seem very motivated. Is everything already done? No, nothing is done until the votes are counted. The president of the Board and candidate to revalidate the position trusts that Andalusians are aware of what is at stake in these regional elections, not only in Andalusia.

Do you fear that there will be abstention?

I fight it. The more citizens vote, the more chances my option has. I am worried about the excess of confidence, that part of the electorate, with this heat wave, escapes to the beaches. We are concerned that this feeling that they have already won will lead people not to vote.

How do you get an unknown three and a half years ago to be a valued president now?

It is the conjugation of many things: Having a good team, because one alone does nothing; the contrast between the indolence after 37 years of socialist government, with the ambition and enthusiasm with which we have governed. Added to humility, it has made a part of the population that did not know us, or that feared that the PP would govern and there would be a cut in social rights, in public services, in benefits, has realized that this fear It was unfounded, that this government is inclusive, it has room for everyone, it governs for everyone, and it does so serenely and sensibly.

Andalusia has not changed. The perception of an important part of the citizens about the PP has changed, that is why there is a transfer of citizens who had voted for the PSOE, go and vote for the PP.

What has been your formula?

To govern from a focused, tolerant, serene policy, to demonstrate that one governs for all.

Its star measure is the tax cut. The opposition accuses him of cutting services. Can that circle be squared?

We have squared it. We have increased spending on Health by more than 2,000 million, and on education by more than 1,000, because by lowering taxes we have obtained 260,000 new taxpayers, with whom we have entered 925 million more. The more citizens have their fiscal domicile in Andalusia, the more is collected, even if less is paid.

Basically in Madrid, and people who were in the irregular economy. When they pay the same here, they return to Andalusia. The Andalusian population has grown by 80,000 inhabitants. It is not normal, before we decreased between 1,00 and 2,000 people a year

What is a sufficient majority?, like the one you ask for

An absolute majority is technically impossible, but the closer we get to 55 seats, the more strength we have, and the more capacity to govern alone. The goal is to have more seats than the entire left together.

In the end, if it does not have 55 seats, Vox will want to be in government

The left will have enormous pressure, they will all have to decide what they want for Andalusia.

Do you see an understanding with the PSOE feasible

No, because the PSOE of Andalusia is not autonomous, it is supervised, and Sánchez has already given orders. Espadas has already said that under no circumstances will he facilitate my investiture. Sánchez needs Vox, who is in the limelight, and he will not facilitate a government presided over by me.

Swords has a moderation profile similar to yours

Yes, but Espadas does not have any autonomy, Espadas is a delegate of Sánchez

Totally. Espadas is a delegate of Sánchez in Andalusia, he receives orders from Ferraz and Moncloa, and he has neither character nor autonomy to make such decisions. Sánchez wants, when the general elections arrive, to say that there are governments of PP and Vox, and use it politically.

Is the aim of the PP that Vox is not in government, or that Olona is not vice-president?

We have no personal problem with anyone, but our goal is to rule alone. We go out to win, to have the best possible result.

Can Andalusia be the one to stop the expansion of Vox?

Could be. If a majority that has not voted for us decides to concentrate its vote on the PP, the only one that can win and govern, it will happen, but it will depend on what voters of other options do.

Why would a Vox voter have to vote for the PP?

You can see in the PP management, efficiency, equipment, results. You can see seriousness. Vox is unprecedented in management, they have no experience, no equipment, and many Vox voters linked to the production system know that many announcements they make are unfeasible. In the end, it is one thing to make a protest vote, of punishment, and another to play the lentils. Then you go to the reliable, and the reliable is the PP of Andalusia.

What consequences will the elections have in Spain?

They are elections for Andalusia. We risk our Health, Education, our water policies, our orientation towards tourism, but Andalusia is the third largest economy in Spain, and if the PSOE does not come out well, Sánchez will have a severe setback. The fact that I am president is already a headache for Sánchez. That the PP wins in Andalusia is already a very strong blow for him, and if with the result I could govern alone, it would shake the foundations of Ferraz.