The PP's national executive committee, which meets on Monday, will continue to design the PP's organization chart, once Alberto Núñez Feijóo has fully taken over the reins of the party, after leaving the Xunta de Galicia. 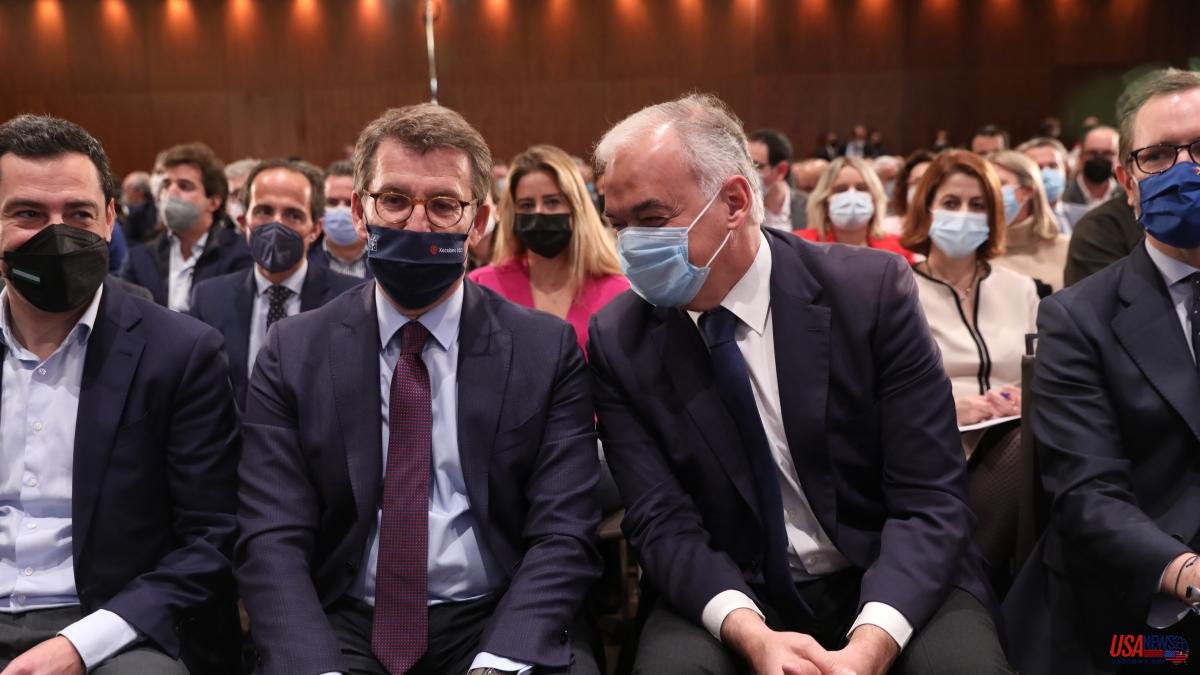 The PP's national executive committee, which meets on Monday, will continue to design the PP's organization chart, once Alberto Núñez Feijóo has fully taken over the reins of the party, after leaving the Xunta de Galicia. And the first decision will be that the deputy secretary for institutional policy, Esteban González Pons, personally assume the responsibilities in matters of Justice, Defense and Institutional Policy.

Although these powers were within those assigned to him by Alberto Núñez Feijóo, the plan was for him to appoint secretaries for each of these areas, who would assume responsibilities in these matters. However, it will be González Pons himself who will take charge of these matters. The conclusion of this decision is that it will be González Pons himself who will be in charge of such delicate matters as the renewal of the General Council of the Judiciary, the War in Ukraine and national security, in addition to everything related to the Constitution as could be be any initiative related to the Crown, for example everything related to the inviolability of the King or the Statute of the Royal House.

These are matters in which Núñez Feijóo wants to have a person he trusts at the helm, to have the confidence that any negotiations with the Government or with the judges or the military establishments, have the stamp of the policy that the president of the PP wants to print to your command.

The same will not happen with foreign policy, which despite being the responsibility of González Pons, will have an international secretary who will take care of the day to day. For this, the national executive committee of the PP will appoint Gabriel Mato for that position on Monday, although Pons, who from next month will also be vice president of the European People's Party (EPP) in charge of foreign policy with America, will also have activity on these issues. Gabriel Mato, who has been a deputy in Congress, shares a seat with González Pons in the European Parliament.

It will not be the only appointment of the executive committee on Monday. Antonio Rodríguez Miranda, until now General Secretary of Emigration of the Xunta de Galicia, dependent on the presidency, will be Executive Secretary of the PP Abroad, under the coordination of the Deputy Secretary of Organization, also Galician Miguel Tellado, who will also propose Carmen Fúnez , who was president of New Generations of the PP, as head of the Electoral Action area.

In addition, the former mayor of Guadalajara, Antonio Román, will be executive secretary of Municipal Policy and Large Cities, and will report to the deputy secretary of Autonomous Policy, Pedro Rollán.