The myth of Narcissus, in love with his own image, is well worth a metaphor for the selfie society. 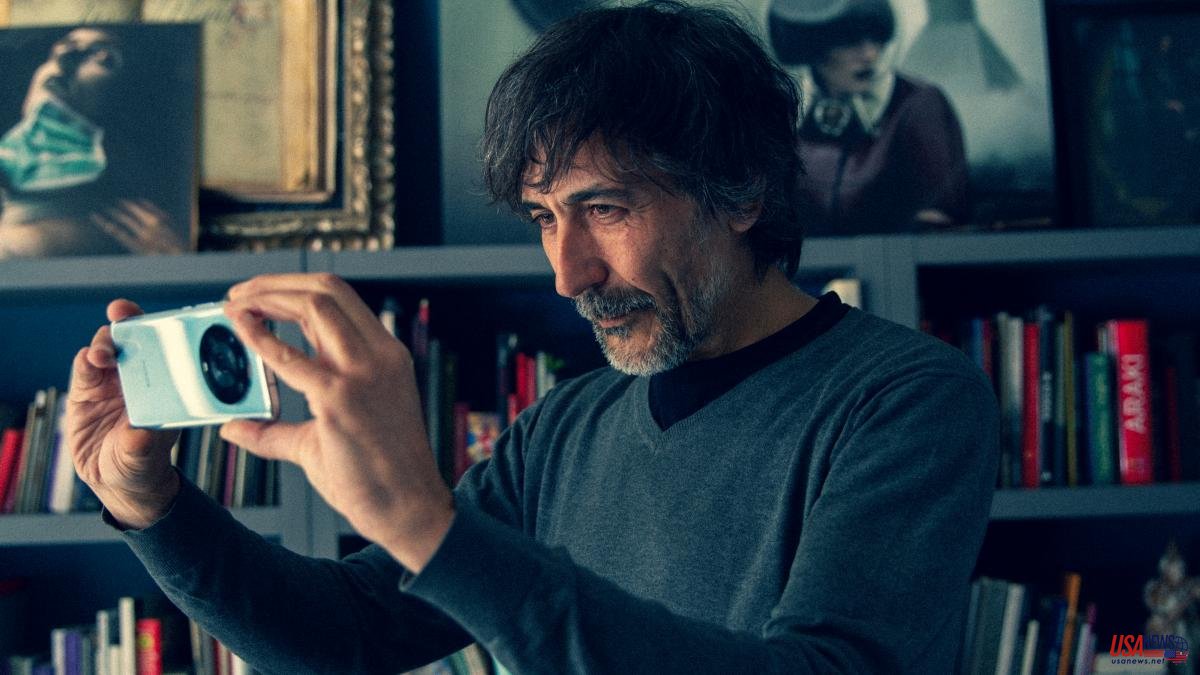 The myth of Narcissus, in love with his own image, is well worth a metaphor for the selfie society. And it is the source that inspires the photographer and filmmaker, Eugenio Recuenco, for Kaleidoscope, an artistic short film shot entirely with the new Honor Magic4 Pro mobile.

The film was presented yesterday at Casa Carvajal, a grandiose brutalist-style house designed by the architect Javier Carvajal in the 1960s. A setting where the vegetation merges with the concrete walls, creating a dreamlike space that allows Recuenco to create a narrative far removed from the usual aesthetics in mobile ads.

Throughout the 10 minutes that the piece lasts, several models walk through the house at night. They contemplate their reflection in the pool water, mirrors or the surface of various CDs. The night action amplifies the feeling of unreal atmosphere. Recuenco, who is also one of the three international juries for the HonorMagic Moments Awards contest, was grateful to Honor for having involved him in such an unusual project.

“Thanks to this technology I have created a formally beautiful piece to talk about beauty. In this audiovisual project I was more interested in showing than narrating. Each scene is shown from two points of view with the screen split in two. It is a rare visual composition, but very rich from a creative point of view”, explained the filmmaker.

The shooting took place two weeks ago and always at night. “We use three mobiles simultaneously. We could have used just one, but that way we went faster, without having to change the accessories with each tap change”, Recuenco points out.

During the presentation he joked about the high resistance of these devices. “I attest that they once fell to the ground and continued to function without problems. Some even ended up getting wet in the pool and survived.

In recent years, the incorporation of digital technologies has significantly reduced the volume of devices used in filming. “Even so, neither this nor any other mobile does magic. Behind this shoot is the team of professionals with whom I always work. We recorded the same way as always, only that, in

instead of using a camera to use, we had smartphones, "recuenco warned last night. The launch party took place in summer temperatures, which contrasted with the cold that the team experienced during filming. “At night and outdoors you know you can get cold. But, yes, the last nights of low temperatures in Madrid before this heat wave possibly coincided with us”, he joked.

Kaleidoscope is a disturbing and aesthetically hypnotic film. Throughout the minutes, without dialogue, the models walk around the house enthralled with their own reflection. As a metaphor for vintage forms of communication, Kaleidoscope features old corded phones, camcorders, Polaroid photos all the way to the new Honor phone. The soundtrack features sounds and songs from the Voyager Golden Records, two phonograph records that were included aboard the two Voyager spacecraft launched in 1977.

This smartphone, already available on the Honor website, although with delivery starting in June, bursts into the telephony sector seeking to position itself among high-end mobiles. Its main asset is a triple camera system with outstanding video quality. Hence the nod to audiovisual creators to become their new work tool. “We firmly believe in the power of technology as an engine to unleash people's creative abilities. Capturing this message in a visually attractive, artistic and suggestive way was the challenge. Having Eugenio Recuenco for this project has undoubtedly been an asset of great value”, highlights Ramiro Larragán, Marketing Director of Honor Spain.

It recognizes that the market is very competitive and hence the need for a launch with such an innovative image. “We wanted to stand out. If we competed with the same rules, the same tone and the same code as the rest, we only had one path to success: shout more. And that means more budget and much more time. We have sought to twist that reality and find a code in which we can express ourselves in a different way from all other operators”, stressed Larragán. After the empire of the selfie, the battle to lead telephony moves to video.