The installation of an elevator does not normally imply a 2,000-year immersion in the history of an ancient city. 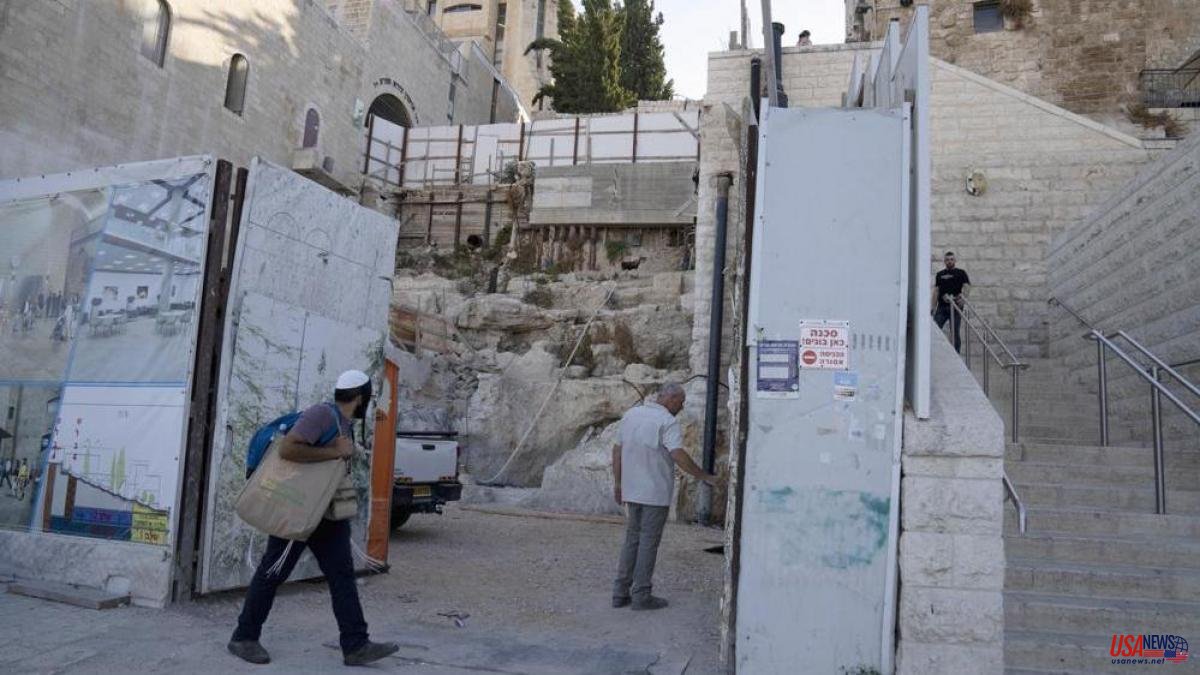 The installation of an elevator does not normally imply a 2,000-year immersion in the history of an ancient city. But in Jerusalem, even seemingly simple construction projects can lead to fascinating archaeological projects.

Archaeologists from the Hebrew University of Jerusalem say they have made numerous discoveries, including an ornate first-century villa with its own ritual bath, after an initiative began to make it easier for disabled people to access the Western Wall.

The experts dedicated several years to rescue excavations in the Jewish Quarter of the historic Old City of Jerusalem, until discovering the villa, located near the biblical temples. And they are not satisfied with this finding, but are also carrying out salvage explorations to study the artifacts and ancient buildings before they are removed to make way for modern construction.

The Western Wall is the holiest place where Jews can pray. Millions of faithful and tourists visit it every year. However, to reach the site from the Jewish quarter, visitors have to descend 142 steps or take a long detour around the city walls to one of the nearby gates.

In 2017, the Jewish Quarter Reconstruction and Development Company got the green light to begin construction of two elevators to allow visitors to make the 26-meter descent more easily. The location was a narrow strip of largely undeveloped slope that abutted the existing stairway at the eastern end of the Jewish Quarter.

“The Western Wall is not a privilege, it is elemental for a Jew or anyone from all over the world who wants to come to this holy place,” said Herzl Ben Ari, executive director of the development group. “We have to enable it for everyone.”

However, like modern development projects in other ancient cities, such as Istanbul, Rome, Athens, and Thessaloniki, archaeological finds slowed progress.

“This parcel of land where the elevator is going to be built remained intact, giving us a great opportunity to dig through all the strata, all the layers of ancient Jerusalem,” said Michal Haber, an archaeologist at the Hebrew University of Jerusalem.

Five years later, the archaeological work is nearing completion. The elevators are expected to be operational in 2025. During their excavation, nine meters of successive layers of construction and debris that had accumulated over two millennia were carefully removed.

In addition, bricks stamped with the name of the X Legion, the Roman army that besieged, destroyed, and then encamped Jerusalem two millennia ago, have surfaced; and the remains of the Judean village of the last days before the destruction of the old Jewish Temple in the year 70.

Archaeologist Oren Gutfeld has assured that he has been surprised to discover traces of the reconstruction of Jerusalem such as the Roman city of Aelia Capitolina in the second century.

Fragments of frescoes and intricate mosaics in the villa indicated the wealth of the house's occupants. But upon reaching bedrock, Gutfeld and Haber's team made one last find: a private Jewish ritual bath carved into the limestone hillside and vaulted with huge carved stones.

Haber said that the most significant thing about the bath, known as a mikveh, was its location overlooking the Temple forecourt. "We are in the wealthy neighborhood of the city on the eve of its destruction," he said.

While the elevator project is less controversial, the archaeological development or excavations in Jerusalem often take on a political dimension. On the one hand, the Palestinians claim East Jerusalem as the capital of their state, and on the other, Israel sees the entire city and its eternal, undivided capital.