Eight arrested in the US for passing migrants in suitcases, wooden boxes and water tanks

Undocumented immigrants who enter the United States from the south generally arrive with what they are wearing, as they say, with one hand in front and one behind. 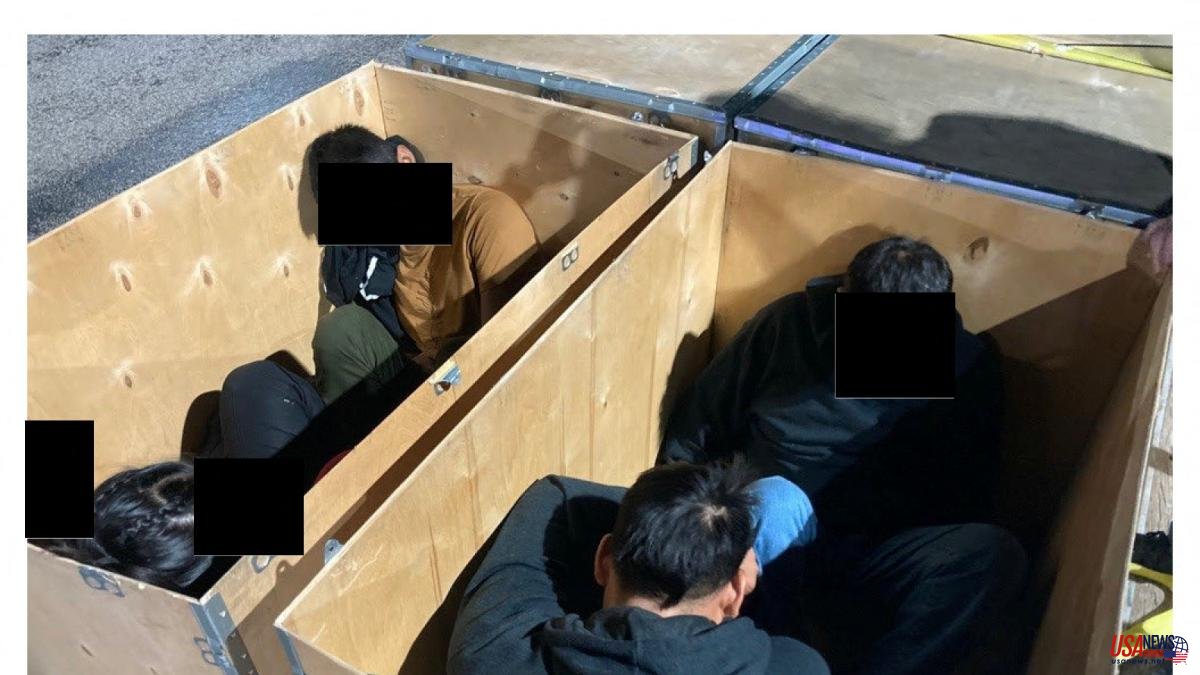 Undocumented immigrants who enter the United States from the south generally arrive with what they are wearing, as they say, with one hand in front and one behind. The road is hard, full of obstacles. Some, however, do not travel with a suitcase, but are forced to go in the suitcase. Within.

Up to that point comes desperation and the need to flee in search of a future. Humans turned into baggage for the benefit of heartless.

This is what emerges from the indictment of eight detained people that the US Department of Justice revealed on Wednesday. In addition to the suitcases, the alleged traffickers of this exploitation of misery, modern slavery, are also accused of putting people in wooden boxes or in water tanks to cross the border and move them through the country without raising suspicion.

According to that document, the network was led by Erminia Serrano Piedra, 31, who is also known as 'Boss Lady', the boss. They would have made millions of dollars illegally transporting immigrants from Mexico, Guatemala and Colombia and distributing them throughout the United States.

The text indicated that the group paid the drivers about 2,500 dollars per immigrant. They were picked up near the border with Mexico and put in "hide houses" while they traveled through the United States.

But the conditions of the old were "deplorable", specifies the document. Drivers camouflaged them by stuffing them into suitcases, which they piled on trailers, or, alternatively, in reused water tanks or wooden boxes, the court order stressed.

"The human trafficking organization allegedly used methods of transporting migrants that put their lives in danger, while placing them in small spaces with poor ventilation, without temperature control and in conditions of serious risk," the document underlined.

The defendants had three properties and more than 2.3 million dollars were found in the records.

This accusation is part of a broad initiative by the administration of President Joe Biden to dismantle human trafficking networks, while over the last fiscal year (ending in October) nearly two million undocumented immigrants have been arrested while crossing the border with Mexico.

The US Attorney General, Merrick Garland (equivalent to the Minister of Justice), considered that this accusation represents the success of Operation Alpha, created in the summer of 2021 to help the Department of Homeland Security in the fight against smuggling of humans from Central America. It focused on networks that "abuse or exploit immigrants and pose a danger to national security in their dealings with other forms of organized crime," Garland said in a statement.

"Human smugglers are criminals who have no concern for the lives of these people," said Troy Miller, deputy director of Customs and Borders. “They lie to make money, convincing vulnerable migrants, taking their life savings in exchange for empty promises,” he insisted.

A few months ago, a total of 53 immigrants were found dead in the abandoned trailer of a truck, near San Antonio (Texas). The Department of Justice will seek the death penalty for two defendants in this case.