Economy starts the negotiation of the budgets and asks for "generosity"

The Department of Economy of the Generalitat will start the negotiations on the 2023 budgets next week with a round of contacts with the parliamentary groups, except Vox. 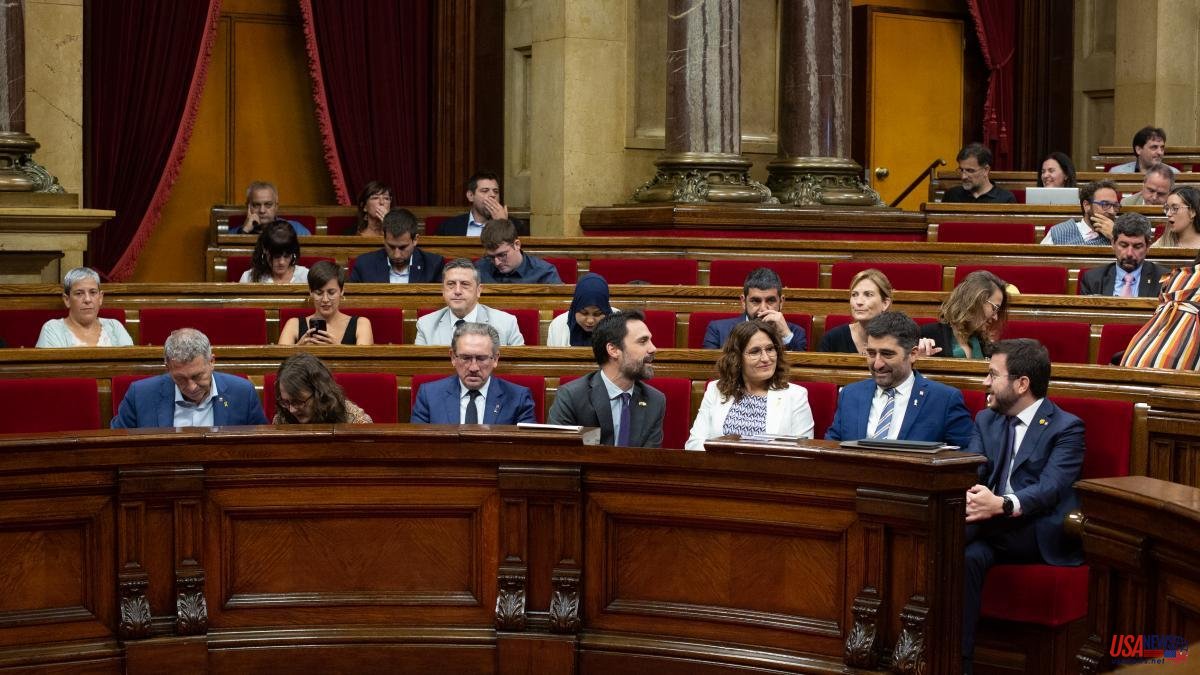 The Department of Economy of the Generalitat will start the negotiations on the 2023 budgets next week with a round of contacts with the parliamentary groups, except Vox. The Minister of the branch, Jaume Giró, highlighted yesterday, after registering the Budget Orientation Report (IOP) in the Catalan Chamber, his willingness to speak with all formations, from the CUP to the PP. And without the order of the first contacts implying any preference, he insisted. Once he listens to the groups, he will intensify the meetings with those who show a willingness to agree on the accounts in a "sincere, generous, open and transparent" way. "We must be open to agreeing on budgets with whoever we can," added Giró. The need to approve the accounts on time is, if possible, more pressing. From the Generalitat, they insisted that a budget extension in the context of current inflation, with a rise in the CPI that already exceeds 10%, would lead to "insufficiency".

According to the text registered in the Parlament on Wednesday, the Generalitat plans to return to the debt market next year with 5% of the new one to cover amortizations of the current debt and the deficit for the year. In this way, they maintain, they will obtain more income than expenses in 2026 and the surplus will be reached.

The budget report also includes the Generalitat's forecast to close this year with an expenditure volume of 33,057.3 million euros, 5.1% lower than the expenditure settled in 2021. This decrease is due, according to the text, to that last year the Generalitat had to face extraordinary expenses that will not be repeated this 2022.

The calculation made by the Generalitat is that the expected spending for 2022 as a whole will be 1,758.7 million euros less than in 2021. Regarding what is reflected in the Generalitat's budget for 2022, the forecast is that spending will hardly increase 0.4% over forecasts, that is, 129.7 million.

The Department of Economy maintains in this report that at the end of April, 32.2% of this year's budget had been executed. However, Giró explained that, in the investment chapter, the forecast is that only 71% of what was budgeted will end up being executed at the end of the year, since some public works are being “slowed down” due to the increase in the cost of materials. . Regarding income, the Generalitat estimates that it will close the year with 940 million more than forecast in the current accounts, that is, 30,714 million, 3.2% higher.