Dudamel raises the Liceu with his Ninth Mahler

The Liceu has immersed itself this Tuesday in the musical rentrée in a shocking way, led by Gustavo Dudamel and the Orchester de la Opéra National de Paris which, in this extraordinary twinning that the Rambla theater has established with the Parisian institution, as As part of the celebration of its 175th anniversary, they have come to Barcelona to perform Mahler's long-awaited Ninth Symphony, which they were unable to offer during the pandemic. 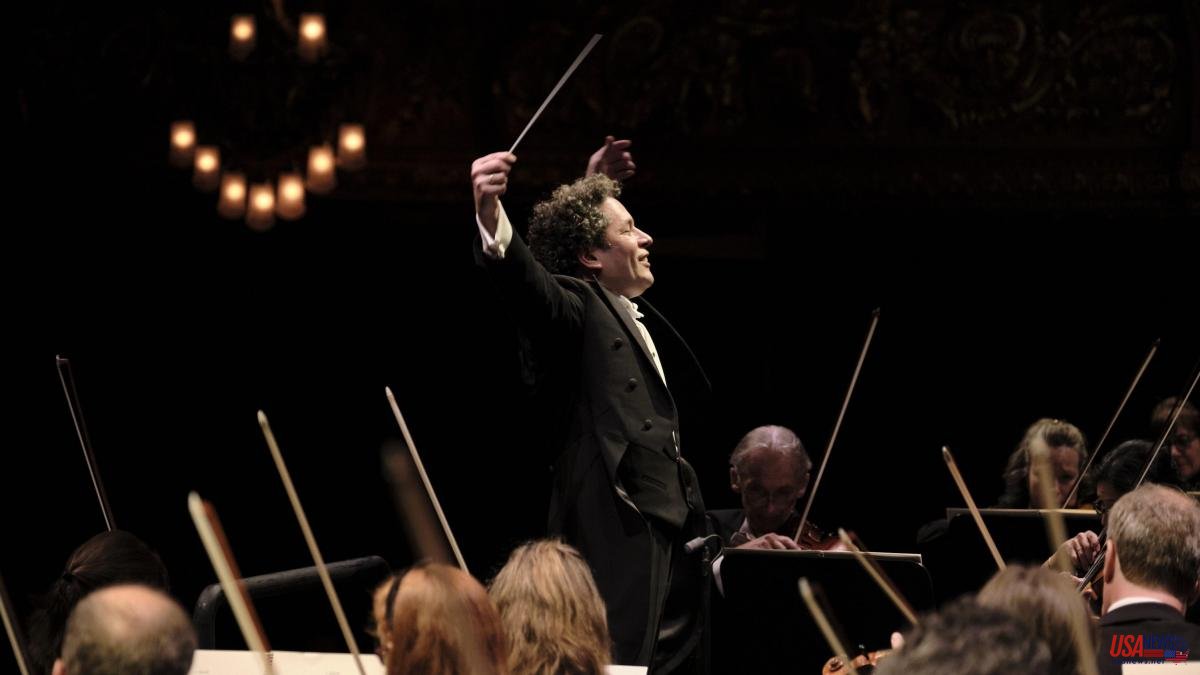 The Liceu has immersed itself this Tuesday in the musical rentrée in a shocking way, led by Gustavo Dudamel and the Orchester de la Opéra National de Paris which, in this extraordinary twinning that the Rambla theater has established with the Parisian institution, as As part of the celebration of its 175th anniversary, they have come to Barcelona to perform Mahler's long-awaited Ninth Symphony, which they were unable to offer during the pandemic.

One day before officially opening the season with Don Pasquale –a function which, by the way, Mayor Ada Colau is expected to attend this Wednesday–, the high school has surrendered to this last great Mahlerian symphony that has sounded with all its irresistible romantic intensity. The Venezuelan maestro, who draws a heterogeneous audience and not necessarily a music lover, has received, together with his troupe, up to nine minutes of applause. Even if it was an opera!

Dudamel is not just a star of the classic invited by the Liceu. He is also a brand-new musical director of the Opéra de Paris who knows how to extol his pit musicians by making them go up on stage in a mythical square like the one in the lyrical coliseum in Barcelona. And the formula has worked.

The hundred instrumentalists have vibrated in the first movement, have danced in the second to the sound of his baton, have been seized with passion in the third and have withdrawn in an overwhelming finale, with the string section lengthening the sound to infinity of a single note.

Too bad that between movements the applause of some of the two thousand spectators irremediably sounded, unaccustomed to attending classical concerts. However, the final silence, between the stealthy final note and the applause, has been respected for almost a minute, until the room has burst into applause.

Captivating while in action but discreet at the moment of applause, Dudamel has rewarded the soloists of the wind section to begin with. And not only has he made them stand up, but he has come to personally congratulate them while the applause of the public increased. The conductor, who this year will have been seen in two different programs at the Liceu -in July he offered a happy Magic Flute-, was the subject of an emotional applause at the subsequent reception, in the Foyer, from the musicians of the.

The presence in the city of the notorious formation of the Opéra de Paris has not gone unnoticed by the representatives of the neighboring country. The French ambassador, Jean Michel Casa, and the consul Olivier Ramadour have come to greet the maestro after the concert, as well as the general counselor of the Embassy, ​​Eri Tallon, and the general director of the Institut Français de Barcelona, ​​Max Vasseur.

The musical event has been broadcast in live streaming by Liceu but also by Mezzo, Medici.tv and the Opéra de Paris portal. That is, in collaboration with Liceu, the concert has been recorded by Jean-Pierre Loisil, co-produced by the Opéra National de Paris and Camera Lucida, with the participation of Mezzo, Medici.tv, the support of CNC and the Orange Foundation, sponsor of the audiovisual broadcasts of the Opéra National de Paris.

In the exchange of orchestras between the Liceu and Opéra de Paris, Josep Pons will continue with the institutional twinning, performing in the French capital Barbazul's Castle by Bartók with the Liceu Symphony Orchestra and the solo voices of Iréne Theorin and Sir Bryn Terfel. An event that also had to be canceled last season. It will be June 10, 2023.