The Aragón 2022 harvest could not be better for the Spaniards of the minor categories: two victories and 5 of the 6 podium places. 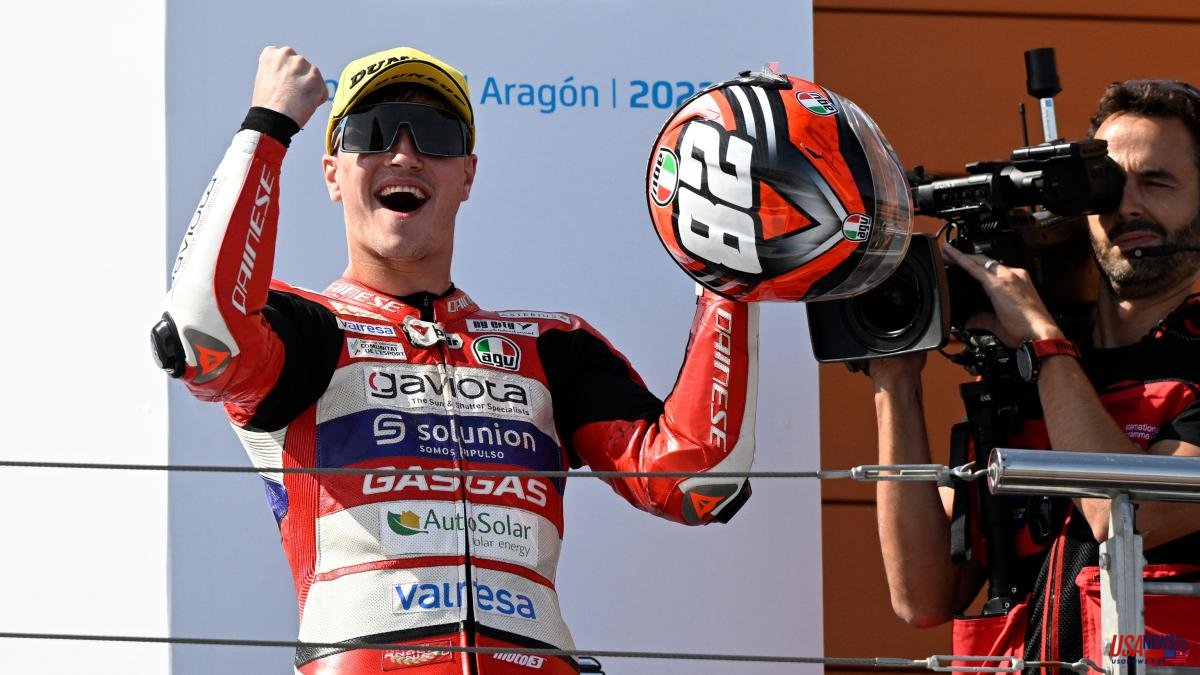 The Aragón 2022 harvest could not be better for the Spaniards of the minor categories: two victories and 5 of the 6 podium places. Izan Guevara won the Moto3 race with authority and took a giant step to win the small class title, with Dani Holgado third, and Pedro Acosta won the Moto2 race, in which there was a Spanish triplet on the podium with Aron Canet and Augusto Fernandez.

In the Moto3 race, Izan Guevara (Gas Gas) dominated the 19 laps of the race from start to finish ahead of the Japanese Ayumu Sasaki (Husqvarna), who did not worry him. Dani Holgado (Red Bull KTM Ajo) slipped into the third box of the podium.

The Mallorcan driver, leader of the championship, struck a blow that shot him towards the title of the small cylinder capacity when his direct rivals failed. His Gas Gas teammate Sergio García Dols could only finish 13th and Dennis Foggia was 14th. In this way, Guevara leads the Valencian by 33 points and the Italian by 58, with 125 points to play for.

In the Moto2 race, Pedro Acosta (Red Bull KTM Ajo) took command on the ninth lap by overtaking his teammate Augusto Fernández, who is fighting for the title. It mattered little to the Murcian, who led in search of his second victory of his debut year in middle ground; the previous one was in Mugello.

Acosta led a Spanish hat-trick on the podium, the second in a row this season, with Arón Canet second and Augusto Fernández third. The Valencian from the Sito Pons team snatched second position from the Moto2 leader with three laps to go in the Motorland corkscrew.

With this result, the Majorcan rider also slightly widens his lead, 3 more points over his pursuer, Ai Ogura, who was fourth and is now 7 behind the Spaniard in the general classification.