King Carlos III and his heir, Prince William, have approached this Saturday the crowd of people queuing to pay their respects to the coffin of Elizabeth II. 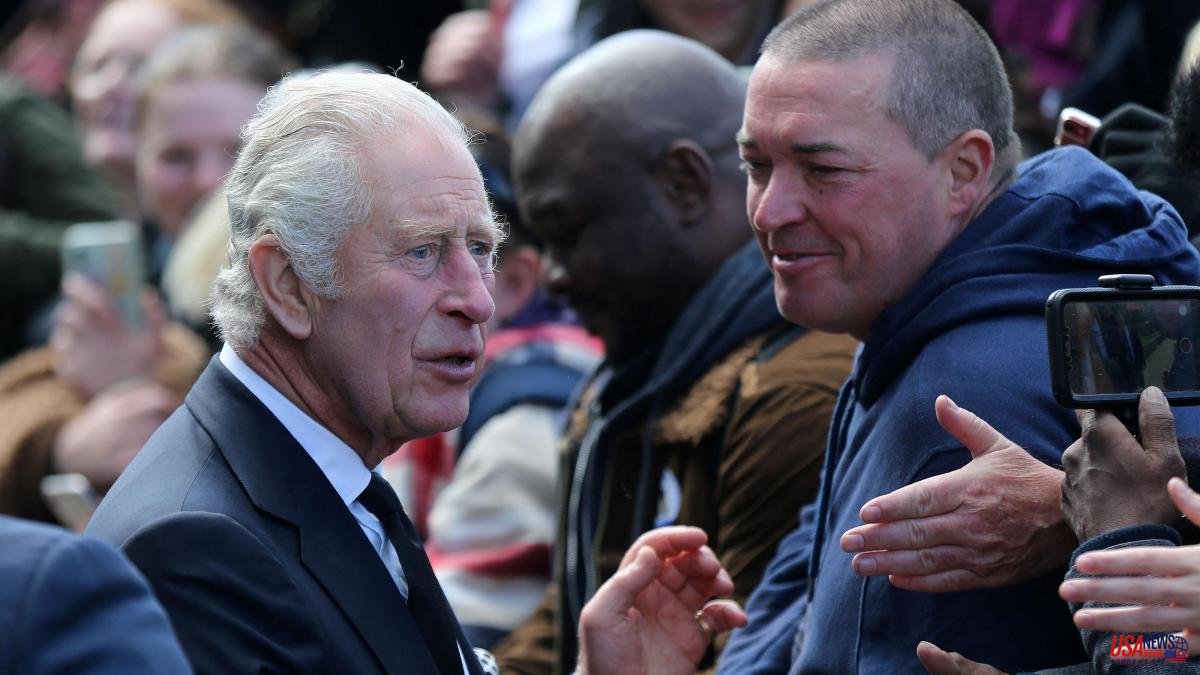 King Carlos III and his heir, Prince William, have approached this Saturday the crowd of people queuing to pay their respects to the coffin of Elizabeth II.

Carlos and Guillermo have been acclaimed by the people who have been waiting for hours, at the height of the Lambeth Bridge, to reach the funeral chapel and say goodbye to the late monarch, two days before the funeral. The King and the Prince of Wales shook hands with those present and thanked them for their time. Specifically, the king has received numerous compliments and has been cheered with slogans such as 'God save the King' or 'We love you!' ('God save the king' and 'We love you').

However, not everything has been friendly faces and words of flattery. Specifically, a man has addressed the king to reproach him that "while we struggle to heat our homes, we have to pay for his parade", a comment that he has ignored and has continued waving to the crowd.

Thousands of people line up to see the queen's coffin at Westminster Hall, despite waiting times of around 14 hours.

Carlos III has made several impromptu walks since he became king on September 8, in an attempt to meet as many of his subjects as possible. Earlier, the King and William visited the Metropolitan Police central control room to thank emergency services workers for their work and support ahead of the funeral.