CaixaForum, the great commitment of the ”la Caixa” Foundation in Valencia

Only when the door of the new CaixaForum València opens today will it be possible to understand why Elisa Durán, deputy general director of the “La Caixa” Foundation, has always insisted that this is the “most special CaixaForum, the most singular”. 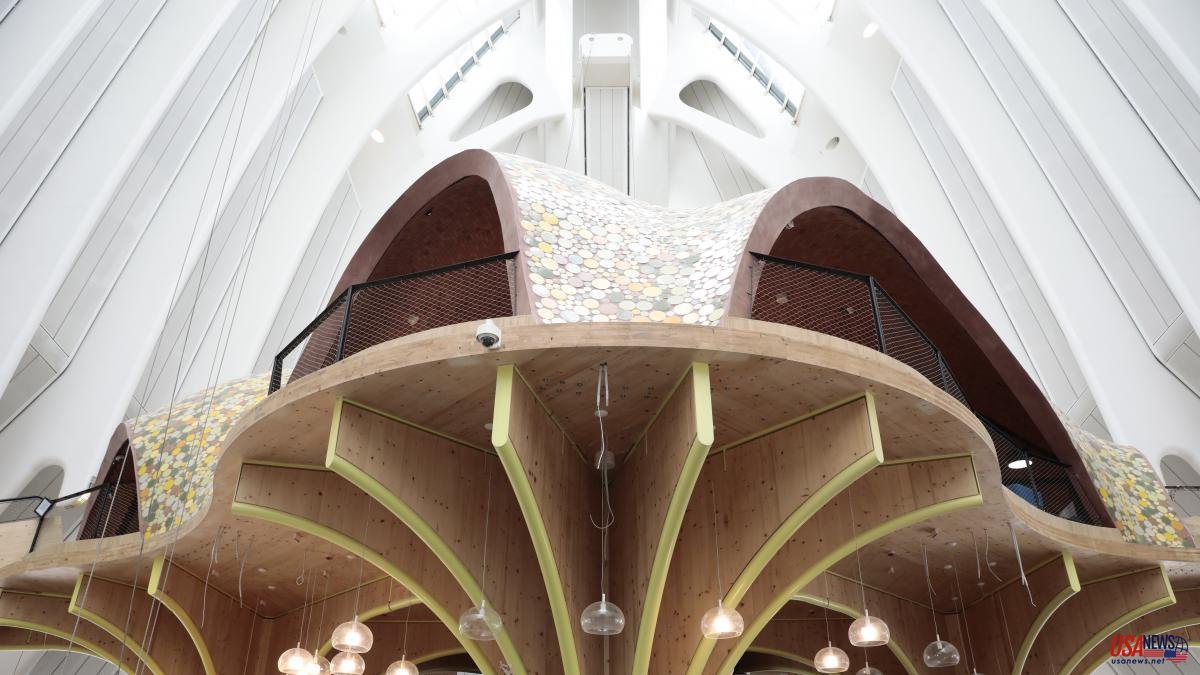 Only when the door of the new CaixaForum València opens today will it be possible to understand why Elisa Durán, deputy general director of the “La Caixa” Foundation, has always insisted that this is the “most special CaixaForum, the most singular”.

Inside, waiting for the public, among other treasures, is the Arc al cel, the intangible sculpture that reproduces the optical effect of the rainbow and that the young Valencian artist Inma Femenía will exhibit permanently in the new space. An ethereal work that already speaks of the special idiosyncrasy of space.

It is one of the details that the “la Caixa” Foundation has been revealing in these months prior to the grand institutional inauguration that will take place this Tuesday at noon. A little over a month ago, the program with which the new space will start was revealed, which joins the list of CaixaForums that the Caixa has throughout the territory and that will take the Valencian public to the British Museum with Pharaoh, King of Egypt.

One of the most remarkable singularities is the magnanimous space that welcomes it. The new CaixaForum is located in the Àgora of the Ciutat de les Arts i les Ciències, the work of Santiago Calatrava. The director of the new center, Álvaro Borràs, has pointed to the "magnificence" more than once, who assured a few months ago -during the guided visit to the halfway point of the works- that the architect Enric Ruiz-Geli has managed to "coexist with the character of the building and enhance it, creating an organic space and an atmosphere that reminds us of science fiction movies".

The "Cloud" will refer to it, the multipurpose space that will fly over the exhibition halls to the central area of ​​the agora. The architect, and part of his collaborators, will speak about all this this afternoon at the projected inaugural conference, at 7:00 p.m., and for which, as expected, there are no tickets left.

Tickets, also sold out for the first Nit d'Estiu, the nightly programming cycle that will kick off with Brossy, a performance by the artists Rossy de Palma and Pi Piquer, who will emulate the friendship between Joan Brossa and Joan Miró.

At this time, the CaixaForum València website already allows you to buy tickets for the different activities, but the interest of the public is already evident: the calendar forces us to look for space in the passes from July 1, with some exceptions. Regarding the price, this week admission is free for the opening, but prices range between 4 and 9 euros. Of course, there is hope: those interested in knowing what the restaurant with aromatic plants is like, the offices that rise in the shape of a palm tree, the educational classroom that is a cloud floating in space, or the auditorium that is an inverted forest can still buy tickets, at 3 euros, for the commented visit on July 1 in the afternoon.

The management expects CaixaForum València to exceed 800,000 visitors annually to CaixaForum Barcelona or 600,000 attendees to the Madrid space, two of the most characteristic of its network.

With a planning thought four years behind each presentation, the center already shows activities for the fall such as the educational workshop Trending Topic IA, aimed at ESO students, which has a cost of 30 euros and will be held on September 19, 2022 to April 21, 2023.

Two years of works conclude today, which began inside the building in March 2020 with its obligatory shutdown of four weeks during which non-essential work was not allowed due to the pandemic.

The investment of the ”la Caixa” Foundation to make this long-awaited project a reality exceeds 19 million euros, to which is added an annual budget of around 5 million euros for the maintenance, programming and operation of the center that awaits to be a great driver of cultural activity in Valencia, the third largest Spanish city that today is added to the always ambitious catalog of the CaixaForum network.