Broadway musical 'Next to normal' becomes immersive in the Ideal

The musical Next to Normal already revolutionized the Broadway theater scene more than 10 years ago, achieving a Pulitzer Prize. 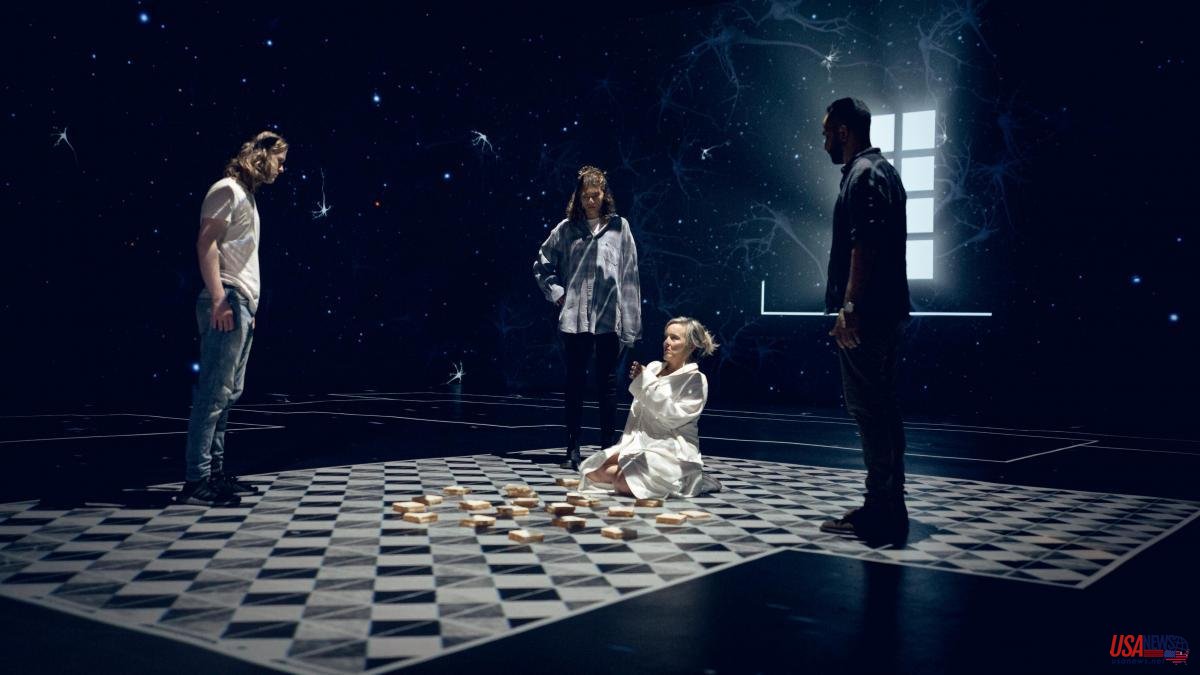 The musical Next to Normal already revolutionized the Broadway theater scene more than 10 years ago, achieving a Pulitzer Prize. Now, he wants to once again transform the stage scene by performing in an immersive format at the Ideal digital arts center in Barcelona's Poblenou. This innovative version can be seen from July 6 to 31 as part of the Grec festival programme.

The new proposal of Next to normal blurs the borders between actors and spectators. Both share a space that combines live performances with a digital set that is projected on the thousand square meters between walls and floor of the Ideal room. It involves "uniting the performing arts and the digital arts, and is the culmination of a laboratory process," explains Jordi Sellas, director of the center. "Although sometimes the musical is something commercial, there is a high dose of research here," defends Cesc Casadesús, director of the Grec.

The one that will be performed in Barcelona is an adapted version that reduces the two-hour duration of the original piece to 60 minutes because "the space is too powerful," says Sellas. This adaptation has been carried out by the authors of the work, Brian Yorkey and the composer Tom Kitt, who have maintained the variety of genres, from classical music to rock 'n' roll, that characterize the show. The cast includes Alice Ripley, Andy Senyor Jr, Jade Laurel, Eloi Gómez and Lewis Edgar. They will give life to a family "that fights to be normal", in the words of the producer of the creation, the Argentine Pablo del Campo.

Ripley won a Tony Award for her role as the lead, Diana Goodman, in the play's Broadway premiere, and now she's doing it again by immersing herself on the screens of the Ideal. Diana is a middle-aged housewife who suffers from bipolar disorder and, while she is undergoing psychiatric treatment, she sees how this illness affects her family. "I created Diana and she hasn't changed, but I've changed a lot," confesses the actress, who also stated that it is "a completely different experience." In this case, the role of the psychiatrist, in charge of Adam Pascal, will be virtual.

It is "an international company because the story is universal," says Simon Pittman, director of this show. The visuals were handled by Tatiana Halbach and Soren Christensen, digital artists who regularly work with the Ideal. "We were interested in representing the bipolarity of the woman and the distortion that she sees in her mind," says Halbach. According to the director, "the room is another character."

Without a doubt, this is an unprecedented project. "The risk is that there is no guide to do it, it is a combination of theater and life," Pittman posits, referring to the creative process. "We had the need to capture the public's attention in a very powerful plot line", adds Jordi Sellas, so the format is "halfway between a theater show and an animated one". For Pittman, the ultimate goal was "to get to the heart more directly."

Next to normal Immersive will be released in the original version in English, although it will have subtitles in Catalan and Spanish. Subsequently, this co-production by Del Campo Global, Layers of Reality and Grec Festival de Barcelona, ​​aims to tour all the theaters with immersive technology in the world, since it is "at the forefront of musicals", concludes Cesc Casadesús.