An improvised attack hatched in Catalonia 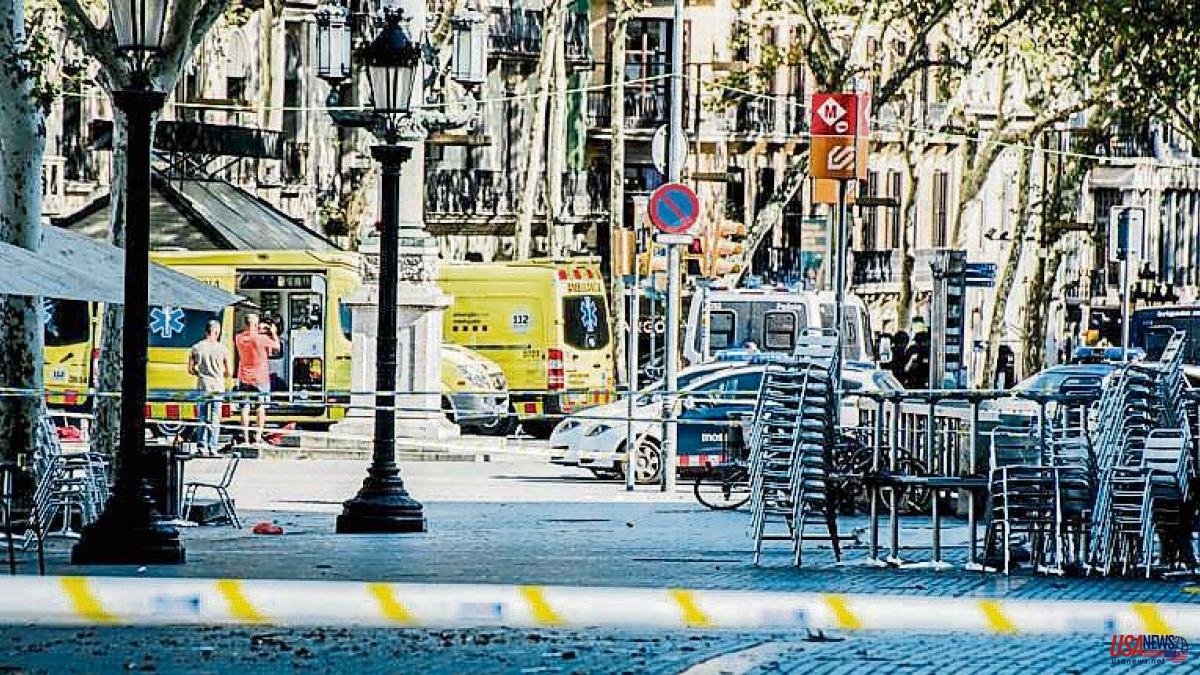 Around 5:00 p.m. on August 17, 2017, the news arrived: something had happened on the Rambla. A hit. A massive crash. A terrorist attack. A van driven by Younes Abouyaaqoub entered the head of the promenade full of tourists at full speed and swept away everything in its path, killing 13 people and injuring 161. The van was stopped right at the Miró mosaic, a little above the Boquería market, between whose stops the author of the attack would escape, initiating a chase that would end four days later in some Subirats vineyards, where he was shot down by a police patrol. the Mossos. On his way he killed the owner of a car that he stole to get away.

Immediately after the attack, the city was paralyzed. Public transport, suspended, and hundreds of people confined to shops along the perimeter of the Rambla. All accesses to Barcelona were closed with police controls.

Already at dawn, in Cambrils, five other young members of the same cell perpetrated a second attack in which they ran over five people, one of whom died as a result of his injuries. A control of the Mossos d'Esquadra repelled the aggression and ended up shooting down the five members of the group who brandished knives and explosive belts that never detonated.

The next morning, the police investigation managed to link those attacks to another event that had occurred a day earlier, in a remote urbanization in Alcanar where a house had been blown up in a large explosion. There they would discover, among the remains of the building, what had been for weeks a homemade explosives factory in whose preparation the members of the cell led by Abdelbaki es Saty, a man who had served as imam in the Ripoll mosque, the city ​​from which all the members of the terrorist group came from except one of them, who lived in Ribes de Freser. All of them were of Moroccan origin and had come to Catalonia as children. They had been educated in Catalan schools and lived integrated in their community.

The remains of Es Saty were found in the building along with a huge number of butane cylinders that the group had been collecting with the aim of perpetrating a major attack with explosives whose objective has not been determined. Later it would be known that part of the members of the cell had been in Paris, with which the eventual target of the attack could be in Spain or also in France. The connection of this group with other terrorist organizations has not been proven, despite the proven international links of the leader of the group in both Morocco and Belgium.

Be that as it may, the sudden explosion at Alcanar's house ruined the cell's initial plans, and its members decided to improvise a coup that led to the attacks on La Rambla and Cambrils.