Art is what makes it vibrate and throb while looking for arguments to defend or revile it. 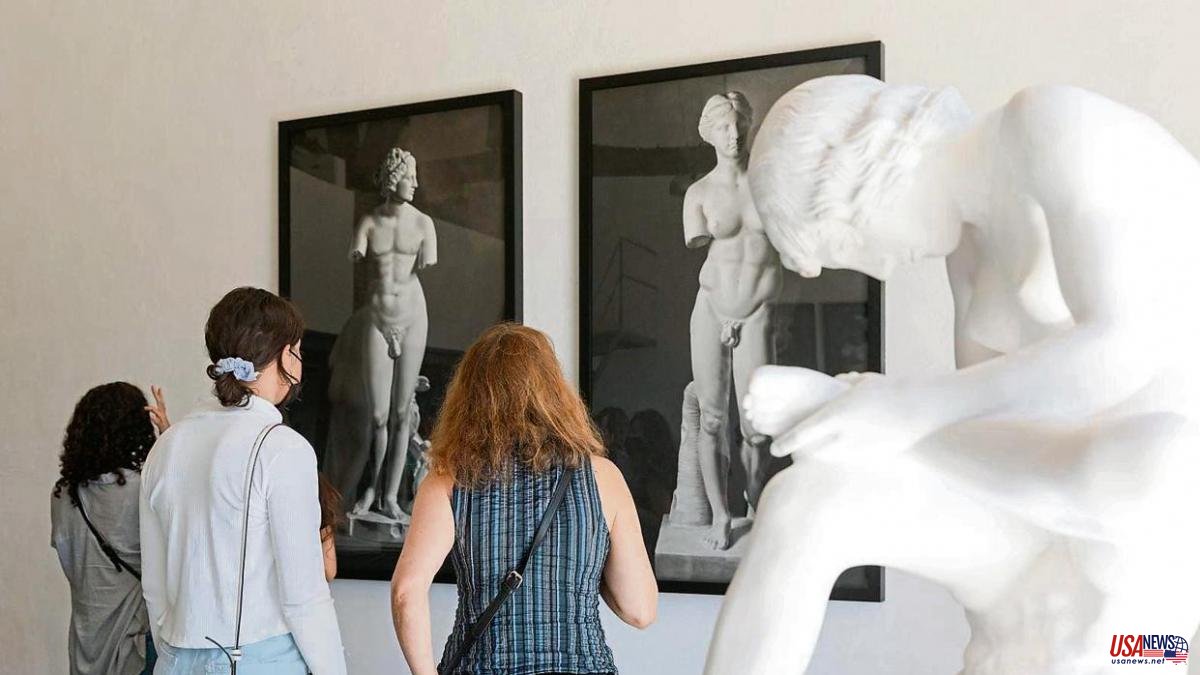 Art is what makes it vibrate and throb while looking for arguments to defend or revile it. Convinced of such a phenomenon, for some time now, art galleries claim to be places of prodigy, or –in another register– as active cultural agents in the city. Overcome crises, pandemics and multiple restrictions, efforts continue to open their doors more and more, but – there the merit – to enter and exit with ease and freedom of all the spaces of these characteristics that exist in Barcelona. Because the city also wants to define itself by what happens in its exhibitions.

One of the main objectives of the Barcelona Gallery Weekend is to facilitate the experience of feeling or interpreting the city from the experiences that its galleries and artists foster. Art representing what the city and the people who make it up dream and long for. A total of 33 galleries encourage transit between different neighborhoods and districts to demonstrate the vascular strength of the artists' productions. It will be between September 15 and 18, when the eighth edition of this initiative will be held, which, according to Quico Peinado -president of the Art Barcelona association, responsible for the organization-, intends to conquer normality, now yes, taking advantage of the possibility of encounter and celebration: “We return to social events. All the galleries are really looking forward to it, it's time to show power”.

The thirty participating galleries start the season showing their most outstanding proposals with a double objective: on the one hand, to get the attention and assistance of the local public interested in art, so that reluctance to visit these places finally disappears ; and, on the other hand, that the professionals, collectors and visitors from outside who will attend know the vitality and quality of the work that is carried out daily from Barcelona's art galleries. Walks have been organized that go through the exhibition spaces of the different neighborhoods or districts of the city, many of them curated to ensure that a broad knowledge of artists and works is obtained from the experience. The ARCO Gallery Walks entity also organizes itineraries through the different spaces. In the same way, the foundations and private companies that, through the Acquisitions program, commit to incorporating selected works from those exhibited in the galleries during the weekend into the collections of their organizations also deserve your attention.

The projects selected by the committee appointed by the board of the Art Barcelona association seek for visitors to acquire a perspective of what is most outstanding in contemporary art, such as the numerous investigations in art and science, (with a collective one in the Galería Cortina), the findings of the new realisms (the exhibition in Sala Parés of Guillermo Pérez Villalta, who returns to Barcelona after more than twenty years of absence, or that of Salustiano in N2 Galería, or Alejandro Monge in 3Punts Galeria) or advances in the eternal relationship with architecture (Nicolas Daubanes and Domènec at ADN Galería or Edouard Cabay and Juan Escudero at Pigment Gallery). There will be no shortage of reviews of the main contributions that have brought us here: the work of one of the pioneers in performance and feminist vindication, Esther Ferrer, who returns to àngels barcelona; and another referent of conceptual art, Isidoro Valcárcel Medina, in ProjecteSD. Among the most notorious representatives of Spanish art in recent decades is also Susana Solano, whose work can be seen at Artur Ramon. For its part, the Joan Prats Gallery pays homage to Joan de Muga, founder and historical director of the space, with works by, among many others, Tàpies, Miró, Brossa and Perejaume; while Marc Domènech will show the figuration with which Ana Peters represented the female Francoist stereotype.

The number of participating galleries, which will present more than 70 artists from 20 different countries, must guarantee diversity. The main criterion or requirement to accept the participation of a gallery in the Gallery Weekend has been, according to Peinado, the quality of the artists or the exhibition project presented by the gallery: “We have become a little more selective. The selection is the way to make the fair more powerful. The quality is not that we like the proposal more or less, there are all kinds of jobs, but that the project was well worked out”.

The condition of fair in situ wants to be one of the strengths of the initiative. Without displacement, without the need to rent impersonal stalls, since the best of each house is shown from the house itself. Peinado draws attention to this fact and recalls that the Gallery Weekend was born in Germany 20 years ago: “From a problem, a virtue was made, from the lack of an important fair, seven or eight galleries from Berlin got together and invited to collectors. That's a fair. And doing it at home is much more sustainable. And the Barcelona Gallery Weekend is a fair and much more: we give visibility to the city, we bring people from outside, we make very pleasant routes and we show many open spaces in the city dedicated to art”.

Despite the difficulties involved in counting the visits to all the exhibitions, the organization calculates that, in the 2021 edition, more than 13,000 people saw some of the proposals. The professionals invited from other parts of the State and from abroad are around 150. Peinado, who is not in favor of specifying figures, assures that “it is, without a doubt, the best time of the year in terms of visits, because all the galleries join forces in a joint event, so we can get many more people interested in contemporary culture and art to come”. For its eighth edition, the forecasts are optimistic, as well as the security in the attractiveness of the artistic proposals and the quality of the work of the galleries that every day of the year try to make the city vibrate, from within emotion and imagination.