'Alcarràs' and 'One year, one night', favorites for the Gaudí

Alcarràs, by Carla Simón, and Un año, una noche, by Isaki Lacuesta have become the big favorites of the gala celebration of the XV edition of the Gaudí awards that will take place on January 22, 2023 in the Sala Oval of National Art Museum of Catalonia (MNAC), presented by the actress Llum Barrera. 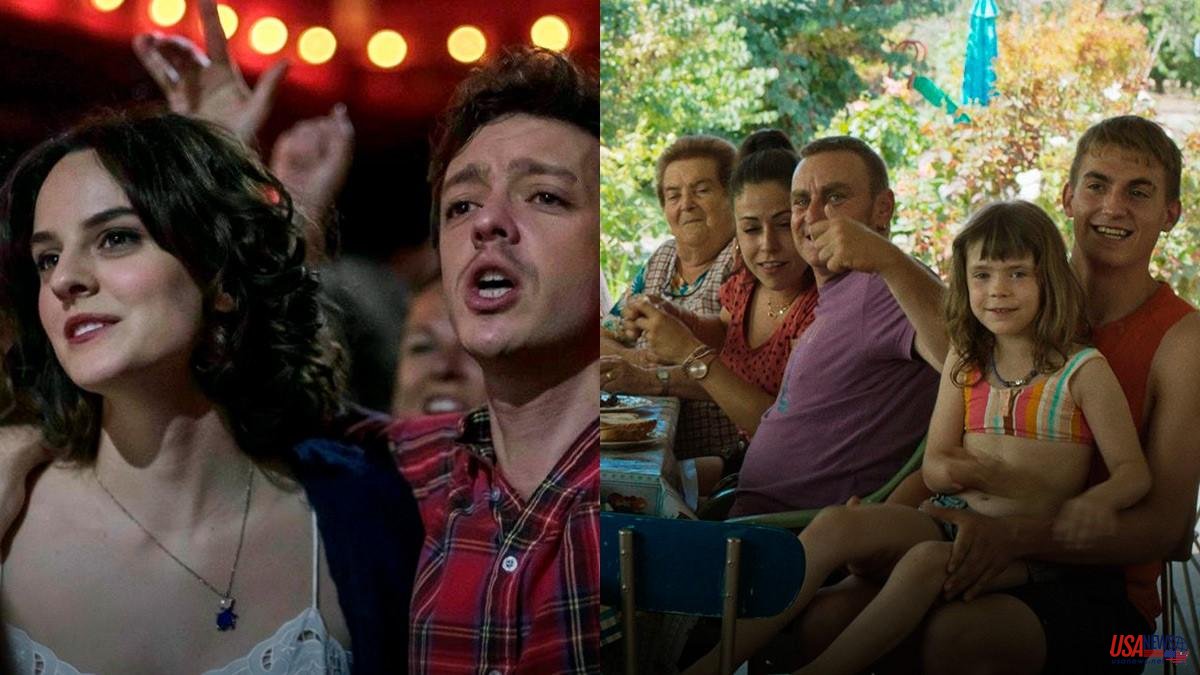 Alcarràs, by Carla Simón, and Un año, una noche, by Isaki Lacuesta have become the big favorites of the gala celebration of the XV edition of the Gaudí awards that will take place on January 22, 2023 in the Sala Oval of National Art Museum of Catalonia (MNAC), presented by the actress Llum Barrera.

The chronicle of the last peach harvest by a family of farmers who won the Golden Bear at the Berlinale has garnered fourteen mentions, the same as the story based on true events that revisits the terrorist attack at the Bataclan concert hall in Paris . It is closely followed by Albert Serra's Pacificction, with eleven nominations; Suro, by Mikel Gurrea, with ten, and Los renglones torcidos de Dios, directed by Oriol Paulo, which obtained eight.

In the middle of the race to win the nomination for the Hollywood Oscar for best international film, Alcarràs aspires to best film alongside Suro, We will not kill each other with pistols and El fred que crema. The directorial debut of the Basque director Gurrea narrates the vicissitudes of a couple who decide to leave Barcelona to live in a farmhouse in the Empordà to live on cork.

In Nosaltres no ens matarem amb pistoles, María Ripoll offers a drama about the vital uncertainty of a group of friends in their thirties and the first fiction feature film by Santi Trullenque tells how a married couple risks their lives when they decide to take in a Jewish family fleeing from Nazi persecution.

Albert Serra, ignored in the Goya nominations for his ambitious account of the power games of the high commissioner of the French State in Tahiti, for which he competed for the Palme d'Or in Cannes, will fight for the Gaudí for best language film non-Catalan with One Year, One Night, by the aforementioned Lacuesta; the drama about the unwanted pregnancy of a teenager from La maternal, by Pilar Palomero, and Manticora, another drama in which Carlos Vermut delves into virtual pedophilia through the figure of a young video game designer.

Both Simón and Serra, Lacuesta and Palomero will also compete for the statuette for best director, an award that the four of them already know very well. Carla Simón achieved it with her debut film Summer 1993 (2017); Lacuesta did it with Entre dos aguas (2018), Serra for El cant dels ocells (2008) and Palomero also for her debut with Las niñas two years ago.

During the reading held this Wednesday at the La Pedrera Auditorium, the actors Maria Morera and Roger Casamajor have made public the nominations in the 25 categories of some awards that for the third consecutive time include candidacies with a majority presence of women (53% compared to to 46% of men). In addition, this edition includes three new categories as main novelties: best new director, revelation performance and adapted screenplay.

In this first section there are three directors and a director, Mikel Gurrea. Avelina Prat will compete for Vasil, a humanist comedy about communication difficulties in the society we live in based on the unlikely friendship between a retiree and a Bulgarian immigrant. Carlota González-Adrio for La casa entre los cacti, an adaptation of the novel by Paul Pen, a suspense drama set in the Canary Islands in the 1970s about a couple who have decided to isolate themselves from the world with their five daughters. And Laura Sisteró is the first filmmaker to opt for a Gaudí in the directing category for a documentary, Tolyatti Adrift.

In the performance section, Anna Castillo wins a double for best actress for Los girasoles silvestres and for supporting cast for her fun role in Historias para no cuentar, by Cesc Gay. In the first category, Castillo has strong opponents: Bárbara Lennie for Los renglones torcidos de Dios; Vicly Luengo for Suro and the French Noémie Merlant for One Year, One Night. Also in secondary are Ángela Cervantes, for La maternal; and Alcarràs opted for Montse Oró, who plays Nati and Berta Pipó, the only professional actress in the cast.

In the category of best male protagonist, the four applicants are: the French Benoît Magimel for his diplomatic calculator in Pacificion; the Argentinian Nahuel Pérez Biscayart for One Year, One Night, where the hell of jihadist terrorism lives and the Catalans Pol López for Suro, his first leading role in the cinema after a solid career on stage, and Oriol Pla, one of the couples of the character of Anna Castillo in The Wild Sunflowers. Pla could add his third Gaudí after winning it as a secondary with Incerta glòria (2017) and Petra (2018).

And as secondaries the list is among the already awarded Eduard Fernández for his psychiatrist of Los renglones torcidos de Dios; Alex Brendemühl for his shy character in Stories Untold; Enric Auquer for One Year, One Night and the debuting veteran Josep Abad, the godfather Rogelio de Alcarràs.

Regarding the revelation interpretation section, the Gaudí will be disputed by Albert Bosch for his Roger, the eldest son of the Solé family in Alcarràs; Xènia Roset, the actress who plays her teenage sister; the 14-year-old actress Carla Quílez, winner of the Silver Shell for her powerful portrayal of a pregnant teenager in La maternal and Zoe Stein, the girl who in Manticora could be the last hope of the protagonist played by Nacho Sánchez. The only film that has already secured a Gaudí is Tadeu Jones 3. The Emerald Table, by Enrique Gato, being the only candidate for the award for best animated film.