Alcaraz dies on the shore in front of Musetti

After paddling against the current for almost three hours, suffering the unspeakable against a plethoric rival in the first two sets and when the possibility of lifting his fifth title in 2022 seemed closer than ever, Carlos Alcaraz handed over the Hamburg ATP to the Italian Lorenzo Musetti in the third round without even being able to complain (6-4, 6-7 (6) and 6-4). 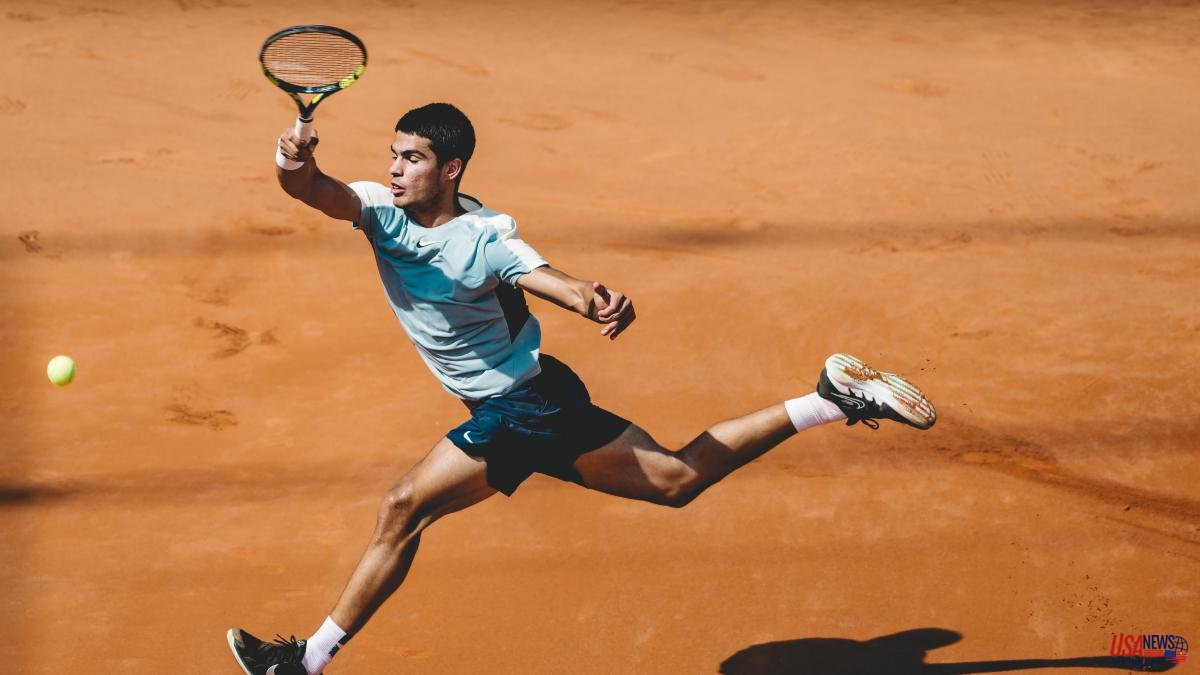 After paddling against the current for almost three hours, suffering the unspeakable against a plethoric rival in the first two sets and when the possibility of lifting his fifth title in 2022 seemed closer than ever, Carlos Alcaraz handed over the Hamburg ATP to the Italian Lorenzo Musetti in the third round without even being able to complain (6-4, 6-7 (6) and 6-4). He fought against his fate to the point of exhaustion, but the Spaniard, today inferior to his rival, wasted too many lives.

The future of tennis met in Hamburg to experience a final that is very likely to be repeated in the coming years. Lorenzo Musetti (20 years old) challenged Carlos Alcaraz (19 years old), winner of four titles this year, including the Masters 1000 in Madrid and Miami, and for that favorite background in the final. The Italian had never been seen in another like it. One of the new values ​​of the thriving transalpine tennis together with Lorenzo Sonego, played his first final on the circuit.

And the Italian showed that he has tennis to be much higher than that 62nd position in the ranking that he now occupies. The first set was a nightmare for the man from Murcia, who was never comfortable on the court. He started by giving up his serve, but reacted quickly to not allow his much more inspired rival to take advantage. He equalized the duel with a break and from there he managed to put pressure on Musetti's serve. But it was the Italian who dominated the match with an irregular proposal in his game, interspersing drop shots, going up to the net and very high balls. The Italian took the match to his field and Alcaraz suffered there.

The Murcian was not able to read his rival's game and in the seventh he gave up his serve again. The unforced errors condemned the Spanish tennis player to have to come back, something that would not happen because his rival was capable of putting everything on the court. In the eighth he confirmed the break and the set went to the Italian side in the tenth (6-4).

The emotional blow was important and Alcaraz jumped onto the court in the second set with too many indecisions. A lot of advantage for a versatile Musetti, who achieved his third break in the match to drown out the Spanish tennis player a little more. From then on, the two players linked several blank games with their serve. No help came from the rival, Musetti's forehand was a hammer and Alcaraz couldn't find a way to do more damage than sometimes squeezing his opponent's one-handed backhand.

From the sixth game (3-2 for the Italian) Alcaraz raised the level, but the consistency in the Italian's serve and the unforced errors of the Spanish allowed him to continue advancing in the match (4-2). The first great opportunity to rejoin the set and the match came in the eighth, when he had three break balls. The Spanish did not take advantage of them and there was only one miracle left to be able to come back.

And this came in a tenth game of the most controversial. With 15-15, the chair umpire did not appreciate a double boat from the Italian. Alcaraz protested strongly, but was unable to change a decision that left him with almost no options. Musetti came to have two match points, but there his arm shrank and Alcaraz achieved the first break. From then on, in the decisive moments, Alcaraz would command. Also in the tie-break, in which he came back up to three more match balls. At 6-3, the Italian locked up completely and ended up surrendering the second set with a double fault (7-6) (6).

Left to left, a blow used to exhaustion, Alcaraz managed to equalize the match and give himself an opportunity to win a new title. In the last set both would raise their level with the serve and would hardly give the rest options. Until in the tenth game and with 5-4 in favor of the Italian, Alcaraz made too many mistakes again and gave up the match. After saving up to five match points, in the sixth he could not do anything and a long ball allowed his rival to win. After so much rowing, the Murcian drowned on the shore.