Ai Weiwei, the Nobel Prize in Physics Novoselov or Antony Beevor, at a Hay Festival with a luxury poster

A hammer against schemes. 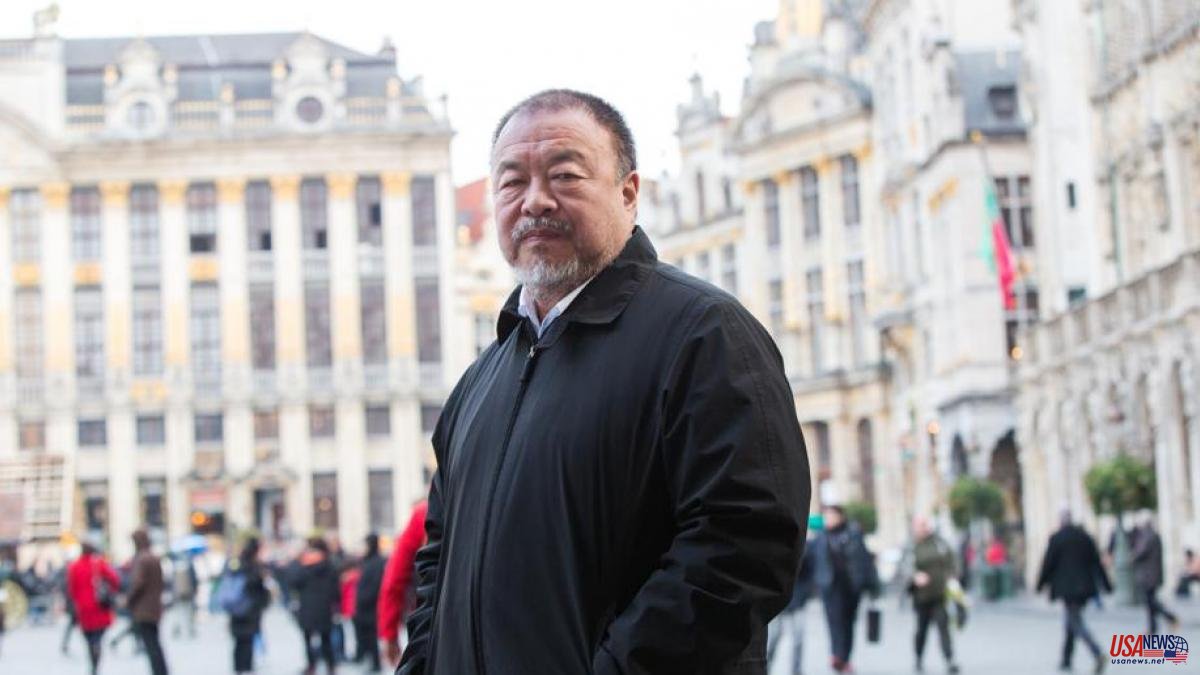 A hammer against schemes. The Hay Festival of Segovia returns to the fray at the return of summer, with its seventeenth edition and, once again, with a cast full of intelligence. More than a hundred guests from 17 countries will come to the Castilian city between September 15 and 18, in a program that is difficult to group into axes or ideas.

Some events will be held days before, including one for the first time in Barcelona -on September 6-, in a debate co-organized by La Vanguardia and the No Llegiu bookstore on "Culture and city model", in which Miquel Molina, journalist and writer and deputy director of this newspaper, and Xavier Vidal, director of the bookstore, who will be presented by the director of Hay, María Sheila Cremaschi.

In the central days of the event, the Spanish subsidiary of a British idea, Segovia will receive top-level intellectual figures such as historians Antony Beevor or Simon Sebag Montefiore, artists such as Kate Daudy, Liam Young or Joana Vasconcelos, the Russian Nobel Prize in Physics- Konstantin Novoselov, the evolutionary biologist and ecologist Josef H. Reichholf, the architect Juan Herreros, who was considered the best CEO in the world by international management magazines during his time as president of Inditex, Pablo Isla, artists such as Miquel Barceló or the Chinese Ai Weiwei (although this one is streaming), writers like Mohamed Mbougar Sarr, Goncourt Award 2021, Antonio Muñoz Molina, Carme Riera, Nicola Lagioia, Carmen Mola, Antonio Muñoz Molina, Espido Freire or Jacobo Bergareche, filmmakers or actors like Rodrigo Cortés, Leonor Watling or Carles Francino, philosophers like Emilio Lledó or José Luis Pardo... and so on up to a hundred references.

In this edition, possibly the most innovative action will be carried out by 268 sheep, who will speak to us (Friday, September 16) about the Unification Theory. The herd belongs to Rafael Montes, is cited under the famous Segovian aqueduct and is part of the international art and science project by Kate Daudy and Konstantin Novoselov “Everything is connected”. Each bug will have the word YES or NO written on it (in ecological and innocuous paint) and they will form random groups and ensembles to illustrate both Albert Einstein's Unification Theory and the idea that contrary ideas can coexist in peace.

Novoselov will have a strong presence at the event, because he will also participate in a debate with Diego del Alcázar Benjumea, CEO of IE University (one of the Hay campuses), on the role of the scientist in troubled times and, together with Kate Daudy, will install in the Torreón de Lozoya in Segovia a new work of art, based on refracted light, which will be modulated depending on the time of day. Daudy and Novoselov have fused glass (in collaboration with the Segovian studio Vetraria Muñoz de Pablos, one of the great workshops in the creation and restoration of stained glass windows, and with scientists from the University of Manchester) with rhenium sulfide and telluride, vanadium telluride and cobalt chloride, elements that had never been used for this purpose before, in a pioneering facility in the use of new elements from the periodic table to create color. It is also part of Novoselov's basic idea that everything is connected.

Simenon is another of the names of the festival. The publishers Acantilado and Anagrama are republishing part of his work (more than 400, some 100 dedicated to curator Maigret, with 550 million copies sold) and Hay will dedicate two debates to the Belgian narrator (in Madrid and Segovia), two films will be screened made from his novels and there will be a gym in the city.

A Simenon, his son John, who administers the narrator's legacy and is the producer of some of the films based on his works, will speak of this figure. He will debate with Caroline Michel, a leading figure in the British cultural world and president of the world's Hay Festivals. They will be moderated (14/IX, in Madrid) by Miquel Molina.

The British historian Antony Beevor will chat with the writer Antonio Muñoz Molina about one of the great actors in current politics, Russia. Beevor is a specialist in post-tsarist Russia. The historian, TV show host, novelist and essay writer Simon Sebag Montefiore will speak from the same country. In the 1990s he traveled through the former Soviet Union and recounted his disintegration for several newspapers. Some of the consequences that the –let's say- Russian foreign policy is causing will be debated at the meeting that, like every year, is sponsored by the Financial Times, one of the world's leading newspapers. Inflation, slowdown in growth, the energy collapse and the war in Ukraine are at the heart of a meeting that asks if we are going back to the 70s: how can Europe face these challenges and rise to the challenge? The newspaper's literary editor, Frederick Studemann, will give the floor to Ivan Krastev, political scientist and president of the Center for Liberal Strategies in Sofia (Bulgaria); Gayle Allard, professor at IE Business School; Anne-Sylvaine Chassany, FT Global Editor; and humanist and bestselling author Emilio del Río.

In Novoselov's wake, if everything is connected, Dialogues with the Earth will not be out of tune. Butterflies in danger of extinction, that is, the conversation that Isabela del Alcázar, global director of Sustainability at IE University, will have with the renowned biologist Josef H. Reichholf, who has spent years studying butterflies, warning of their disappearance and, above all, of the symptom that this supposes for the planet.

A thousand years of joy and sorrow is the title of Chinese artist Ai Weiwei's memoirs and the motto of the conversation he will hold with Anne McElvoy, executive editor of The Economist. They will talk about other values ​​that are also at risk, such as freedom of expression or activism. Ai Weiwei has stepped on various disciplines, such as architecture, music or cinema and today he is an active instagramer and a reference in the fight for freedom.

(Anti) colonialism and other tragedies of the 20th century will be the focus of the exhibition by the Senegalese writer Mohamed Mbougar Sarr, winner of the 2021 Goncourt Prize for his novel The Most Secret Memory of Men, which rewrites, or reinterprets, or drinks from the famous book by Roberto Bolaño The Wild Detectives. Mbougar was inspired by the life of the Malian writer Yambo Ouologuem, whose work has the background of the relationship between the West and Africa.

In the literary field, the presentation that Nicola Lagioia will offer also stands out. In 2010 it was a boom in Italy. In Spain he has just published The City of the Living (Random House Literature), based on a true crime that shocked Italy. Lagioia will talk with the writer and columnist Manuel Jabois.

The la that will join emerging narrators. There will be Jacobo Bergareche, who has just published Los días perfectos (Asteroide), Bibiana Candia, author of “Azucre”, Silvia Hidalgo, who has debuted with “Yo, Lie” and Aurora Freijo Corbeira, with “La ternera”.

Or the one that will star Inés Martín Rodrigo, the last winner of the Nadal Award thanks to The Forms of Love, or the one that will face (under the title “Of love and its end”) the Swedish Liv Strömquist, author of I don't feel anything anymore, about love in times of selfies and narcissism, with the Spanish writer Nuria Labari, who signed “Things that shine when they are broken”, in the context of the 11-M attacks in Madrid.

Also face to face will be the young narrators Joana Marcús and Iria G. Parente in a window to the phenomenon of digital literature. Marcús discovered Wattpad at the age of eleven, a digital platform where users can read online or share their own stories; By 15, she had posted six stories, one of which had 300,000 views. Ella parente publishes youth novels together with Selene M. Pascual, with great successes: “Secretos de luna full” is already on its way to television.