After Boris Johnson, the English conservatives are torn between their two souls

Boris Johnson has fallen for a lethal combination of lack of integrity and competence, but above all for not being a "true Conservative" for the traditional Tories. 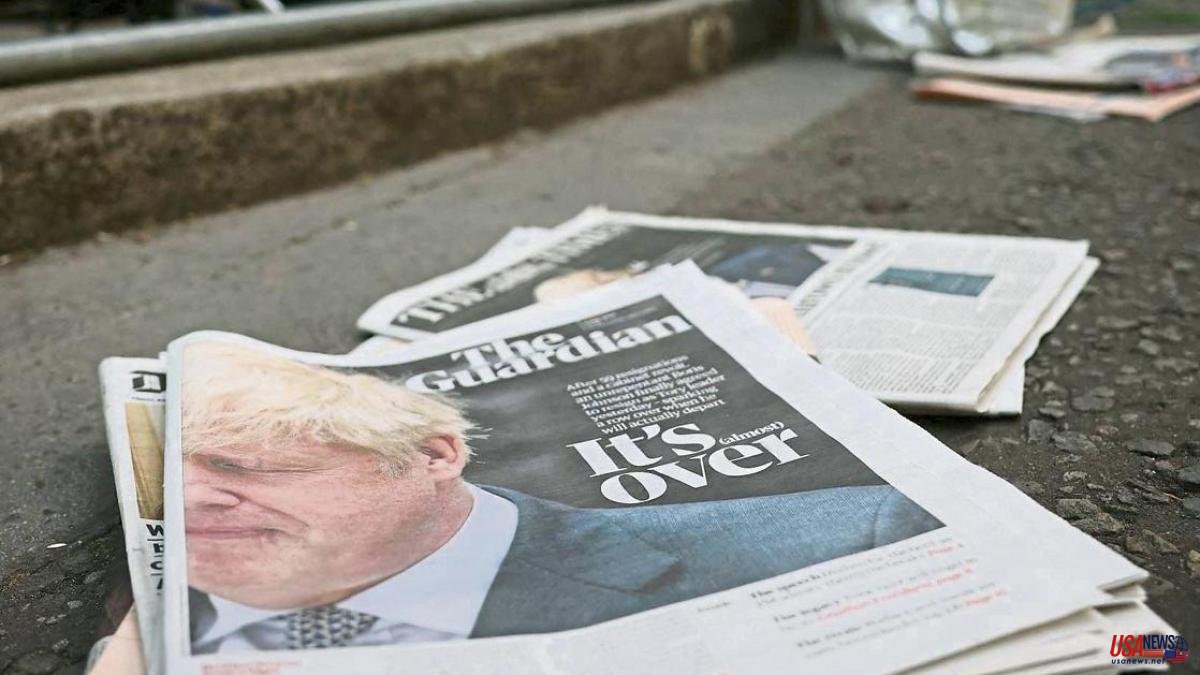 Boris Johnson has fallen for a lethal combination of lack of integrity and competence, but above all for not being a "true Conservative" for the traditional Tories. The very thing that buoyed him up (his ideological flexibility in reaching out to former working-class Labor voters) has been the thing that has doomed him (lack of ideological purity).

After their experiment with Johnsonism, which has given them five years of absolute majority (2019 to 2024), the Conservatives are back to square one before surrendering to Boris, but with the additional complications of an economy dislocated by the pandemic and the war in Ukraine, a labor population reluctant to return to work, disenchantment with a Brexit that for the moment only has drawbacks, or demographic changes. But if anyone is capable of reinventing themselves, it is them.

They don't have it easy. Not so much because of Johnson's toxic legacy (from which they have distanced themselves) but because, when the country goes to the polls, they will have ruled for fourteen consecutive years, which is a long time, one of the longest periods of right-wing dominance since the XIX century. So long, that they cannot hold Labor responsible for the state of the economy, the chaos of public health, the deterioration of the educational system, the strikes that are coming this summer, the crisis in relations with Europe or the breakdown of the Union . They have to put up with all this, and in any case blame the circumstances, cruel fate.

First, the Tories have to decide what they are, and for that they only have a couple of months or three, whatever the duration (the schedule will be announced today) of the process to elect a new leader, with candidates ranging from the extreme right (Priti Patel, the Home Secretary, and Suella Braverman, the attorney general who has recommended violating the international Brexit treaty) to moderates like Tom Tugendhat and Jeremy Hunt, with all sorts of shades in between (Rishi Sunak, Nadhim Zahawi, Sajid Javid, Liz Truss, Grant Shapps, Kemi Badenoch...).

In Britain the monarchy is extolled and prime ministers are periodically sacrificed to cleanse the sins of the nation, and this is one of those moments. Those Tories who believed that to be reborn they had to kill King Boris have prevailed, convincing themselves that he was not one of their own but a usurper who had brought them passing glory but had nothing more to give them.

The successor, whoever he is, is going to inherit a government with the political equivalent of long-term covid, exhausted, hazy, at a revolutionary moment (like 1689, 1707, 1832, 1918) in which a new society is being built and voting patterns are changing. The United Kingdom of Brexit and the post-pandemic is a country that does not work, or works like a dishwasher in eco mode to save energy, without technical unemployment but with five million potential workers who neither have a job nor are looking for it. The State has paid many people to stay at home, while printing money. Less production of goods and services, together with more currency circulating, has always been the formula for inflation, which is what is going on now in style. Along with huge public debt, rising interest rates, endemic lack of foreign and domestic investment, companies that prefer to pay dividends than spend on technology, dramatic reduction in exports and the lowest GDP growth of all the G7 countries. Plus the desire of half the Scots to secede, and half the Northern Irish to join the Republic.

In their identity crisis, some Tories want to return to basic principles, lower taxes and reduce regulations in a small state; others (such as Rishi Sunak, one of the favorites and with a better organized campaign) consider that an ideological pause must be made, because reducing the fiscal burden now would fuel inflation even more. There are Thatcherites and Reaganites, gradualists and radicals, frugal like the Dutch and squanderers, protectionists and staunch defenders of free trade, more paternalistic and less, advocates of individual liberty and state control.

The tragic paradox of the Conservative Party is that it has been led under Johnson by a professional optimist, but weighed down by the superstitious pessimism (on climate change or the welfare state) that is part of its essence. Now he faces a war between his two souls, the aristocrat and the mercantilist, that of the private club gentleman and that of the socially conservative ex-worker, that of the tyrants of the free market, the collectivist social democrats and radical greens. All this in a society more polarized by nationalism, more hostile to the ruling classes, where social networks are the loudspeaker of protest and feudalism prevails over meritocracy.