The Ash Wednesday selfie trend has Christians debating: #ashtag or not? 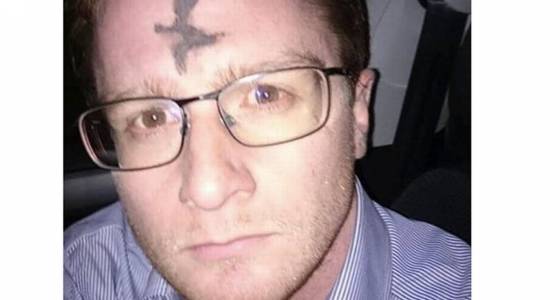 They mark the photos with trendy hashtags — #ashtag or #showmeyourashes.

Thickest ashes I&#39;ve ever received. They feel like a paste and might just stay on for 40 days! #showusyourash pic.twitter.com/IEjXELn1Qg

But is that appropriate? Should piety be so public? Doth not the Bible say “rend not your garments on Instagram?”

The debate grows each year as Ash Wednesday selfies become more prolific in kicking off the Lenten season.

The Instagram called Catholic_Imagery is currently polling its 94,000 followers on the matter.

“So every year since we started this account, we always posted some of our followers who used our hashtag #ci_ashtag after they received their ashes on Ash Wednesday. It was easy in the beginning when it was just 100 followers,” it wrote.

“Of course a few followers felt this wasn’t appropriate but the idea behind this project was to encourage unity and show how universal our church is and that we all are sinners in need of Christ’s forgiveness. Would love to hear YOUR thoughts on this.”

#ashtag or not to #ashtag? So every year since we started this account, we always posted some of our followers who used our hashtag #ci_ashtag after they received their ashes on Ash Wednesday. It was easy in the beginning when it was just 100 followers. Of course a few followers felt this wasnt appropriate but the idea behind this project was to encourage unity and show how universal our church is and that we all are sinners in need of Christ&#39;s forgiveness. Would love to hear YOUR thoughts on this. To see some of the photos and videos, click the #ci_ashtag. This year we will be using #ci_ashtag2017. #catholic #catholics #católico #katolik #catholicism #catholicchurch #church #christian #christians #christianity #christ #jesus #jesuschrist #religion #religious #christianchurch #romancatholic #romancatholicchurch #faith #proudcatholic #bible #gospel #lent #ashtag #ashwednesday #lent2017 #easter

ITS ASH WEDNESDAY! SHOW ME YOUR ASHES!!! #AshWednesday #ashtag pic.twitter.com/A7xGWS5a8b

How long do you think it will take my church warden to realise that I mix my ashes with superglue? #ashtag pic.twitter.com/JsT8zygONu

The Catholic News Service recently explained where the lines are drawn in the debate over ash selfies.

Pro: Sharing photos of your ashes shares the meaning of the day with the world and is a modern way to evangelize. Evidence: Some priests and ministers do it.

Con: The solemn reminder of the day — that humans are made of dust and to dust they shall return — is diminished and lost in smiley, happy tweets.

“I’ve racked my brain trying to justify, theologically or otherwise, #ashtag & public displays of ashes. I’ve got nothin’,” Greg Hillis, associate professor of theology at Bellarmine University in Kentucky, tweeted two years ago when the trend started taking off.

“If people find it meaningful to trumpet their inevitable death on social media, I’m not opposed. Just strikes me as odd.”

#PT That said, I don&#39;t at all want to detract from something that may, for some, make for an even more meaningful Lent.

Ironically, some people couldn’t participate because they gave up social media for Lent.

Religious leaders advise people to ask themselves why they are ash-tagging. To show off? To share the meaning of the day?

The meaning of Ash Wednesday

Ash Wednesday marks the first day of Lent which begins 40 days prior to Easter. Lent is a time when many Christians prepare for Easter by observing a period of fasting, repentance, moderation and spiritual discipline.

Ash Wednesday marks the first day of Lent which begins 40 days prior to Easter. Lent is a time when many Christians prepare for Easter by observing a period of fasting, repentance, moderation and spiritual discipline.

“I think it’s important that we think carefully before participating in the whole #Ashtag tradition,” Seattle pastor and author Peter W. Chin wrote for Christianity Today at the outset of the trend.

“Yes, these pictures did manage to start a conversation about Lent, which is not an easy thing to do. But a selfie hardly seems like the appropriate way to mark a season of self-denial and humility where we remember that Jesus’ own motivation was anything but selfish.

‘But you might be asking, ‘So how are we supposed to talk about Lent with people if not with selfies?!’ My suggestion would be to employ that most rusty of tools of cultural engagement: personal conversation.

“We could take this as an opportunity to connect with others, not with likes or favorites, and not through Twitter or Instagram, but you know — in a real face-to-face conversation. (I’m sorry for the snark, but there is something about selfies that puts me in a snarky mood.)”

Last Lent, Julianne Stanz, director of new evangelization for the Diocese of Green Bay, Wisc., wrote in the diocesan newspaper that people should pray before posting ash selfies, but then do it.

“But make no mistake about it: Faith, while personal, is not solely meant to be a private affair,” Stantz wrote. “Ash Wednesday is a day when we literally wear our faith on our forehead.”

“Life doesn’t stop after we receive ashes,” she wrote. “We go about our daily lives — we wear our ashes at the grocery store, when picking up our children from school and at home gathered around the family table.

“Wearing ashes in the real and virtual world is about harmonizing who we are as people of faith. If we wear them in the ‘real’ world, then we should also wear them in cyberspace.”