Customs and Border Protection said Friday that an ID check of passengers conducted before they were allowed to disembark from a domestic flight was done “with consensual assistance” from travelers. CBP said it was assisting Immigration and Customs Enforcement... 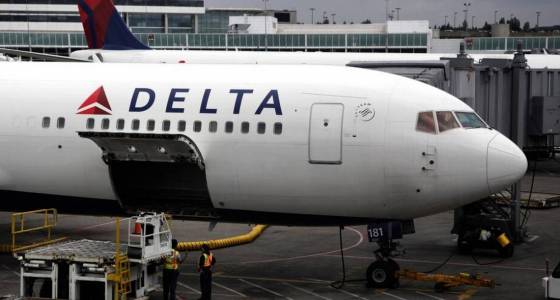 Customs and Border Protection said Friday that an ID check of passengers conducted before they were allowed to disembark from a domestic flight was done “with consensual assistance” from travelers.

CBP said it was assisting Immigration and Customs Enforcement in looking for a deportation target that may have been aboard the flight that landed in New York from San Francisco Wednesday evening, so its agents requested documents from passengers before they deplaned. CPB told Rolling Stone that no one was forced to show an ID to get off the plane.

“To assist ICE, CBP requested consensual assistance from passengers aboard the flight to determine whether the removable individual in question was in fact aboard the flight,” CPB said. “In the course of seeking this assistance, CBP did not compel any of these domestic passengers to show identification.”

CPB is a border management organization responsible for screening people and things entering the U.S. It is not customary for CPB agents to check IDs of passengers arriving on domestic flights. The agency has the authority to search “all persons, baggage and merchandise arriving in the customs territory of the United States from places outside therof.” CPB said occasionally it “may, unfortunately, inconvenience law-abiding citizens in order to detect those involved in illicit activities.”

Passengers aboard the Delta flight report being told by flight attendants that they would have their ID checked when the plane arrived at the jetbridge. CPB said people cooperated and it “was able to resolve the issue with minimal delay to the traveling public.”

My flight from SFO to JFK. We were told we couldn&#39;t disembark without showing our &quot;documents.&quot; pic.twitter.com/9ugQspTqeX

The incident comes as the Trump administration cracks down on border security and intensifies deportations of people in the U.S. without proper documentation. On Tuesday, the Department of Homeland Security issued new documents that indicate its approach to illegal immigration will attempt to fulfill President Donald Trump’s campaign promises to remove the approximately 11 million people in the country without proper papers. Border patrol agents now have a broad directive to find, arrest and deport anyone convicted of a criminal offense.

A series of deportation raids conducted by ICE has spread fear in immigrant communities among those who could be subject to removal. Rumors of additional raids have swayed people from going to work, interacting with law enforcement or even leaving their homes due to the risk they could be caught up in ICE action.