Apple’s iPhone 8 is not due for release until September of this year, but the rumor mill is incessantly churning assumptions and leaks of what the new smartphone would look like and come with in terms of specs and features. IBTimes previously reported about... 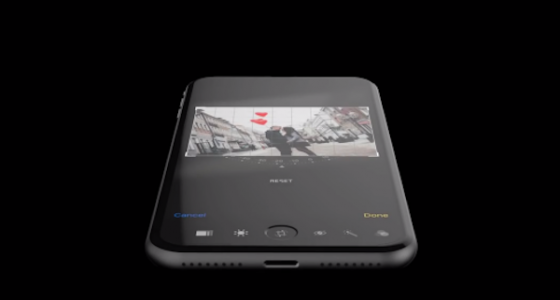 Apple’s iPhone 8 is not due for release until September of this year, but the rumor mill is incessantly churning assumptions and leaks of what the new smartphone would look like and come with in terms of specs and features. IBTimes previously reported about a 3D-sensing selfie camera that would most likely push the Cupertino giant to get rid of Touch ID. The camera was said to have this advanced facial recognition technology that would be fitting for the 10th anniversary iPhone’s biometric security feature.

However, a new Apple patent is challenging the previous assumption that the fingerprint scanner will unlikely make it to the next-generation iPhones. Just this Tuesday, Apple Insider learned of this patent, which says Apple is working on a technology that would enable users to touch anywhere on the display for authentication. This would mean that the entire screen itself would be capable of reading fingerprints.

The patent, which got approved by the U.S. Patent and Trademark Office on Feb. 28, was originally leaked in an application published back in mid-2016. It contains details on a finger biometric sensor that is embedded onto a touch display through a transparent conductive layer. The patent specifically indicates that the fingerprint-sensing feature will extend over the entire surface of the touch display.

It also appears that Apple is planning to expand the use of Touch ID and make it available for when users are multi-tasking. The patent even states, “it may be desirable to more quickly perform authentication, particularly while performing another task or an application on the electronic device.” If this were implemented, Apple believes users could save time in verifying certain transactions as compared to the current setup in which they have to move their finger to the Home button for authentication.

Although this new patent contradicts the previous report about facial recognition technology replacing Touch ID, it actually corroborates earlier claims that Apple is getting rid of the physical Home button and will instead embed the fingerprint scanner onto the screen. However, instead of placing it on the same area where the physical Home button was formerly situated, Samsung’s biggest rival could be preparing a more advanced sensor for the entire display.