Battlefield 1 fans waiting for new content to play through will have a lot to look forward to this year.EA released details on the four Battlefield 1 DLC packages that’ll hit the game this year. The first, They Shall Not Pass, focuses on the French... 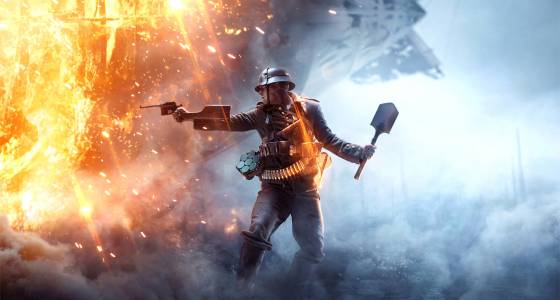 Battlefield 1 fans waiting for new content to play through will have a lot to look forward to this year.

EA released details on the four Battlefield 1 DLC packages that’ll hit the game this year. The first, They Shall Not Pass, focuses on the French army and includes four new maps, several new units and Frontlines, a new game mode that focuses on capture-the-flag like strategy and combat.

According to Engadget, the pack will be available March 14 to season pass holders through the game’s Premium program and can be purchased by non-season pass holders on March 28. Details on the Battlefield 1 DLC pack have been teased in the past few weeks, including news on new concept art and weapon types.

Other upcoming downloadable content packages include In The Name Of The Tsar, which focuses on the Russian army; Turning Tides, which emphasizes naval combat and Apocalypse, which will highlight some of the most infamous battles in WWI. The three packs have yet to receive official release dates or prices from EA.

Originally released last fall for PlayStation 4, Xbox One and PC, Battlefield 1 is the latest title in the long-standing first-person shooter series and focuses on WWI with historically accurate locations and details. The game has received regular updates since its launch, including new content like game modes and gameplay tweaks.

The Premium season pass, which retails for $49.99, includes early access to all four DLC packs and additional add-ons like new maps, weapons and game modes.