When Comcast subscribers will get to watch the Yankees again

Turns out, Comcast Xfinity customers won’t miss out on any of the Yankees’ regular season this year after all.After subscribers were forced to live without Yankees baseball for all of the 2016 season, the YES Network and Comcast announced Tuesday the... 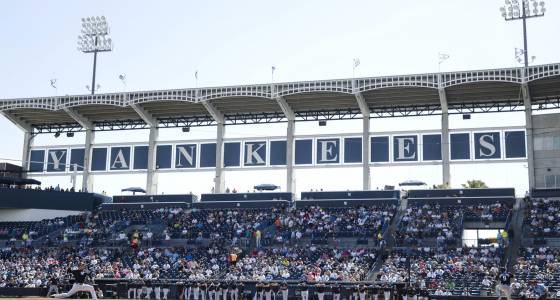 Turns out, Comcast Xfinity customers won’t miss out on any of the Yankees’ regular season this year after all.

After subscribers were forced to live without Yankees baseball for all of the 2016 season, the YES Network and Comcast announced Tuesday the return of YES to Xfinity as of March 31. YES will be relaunched in the areas in which it was previously carried, and Xfinity customers will be able to watch the March 31 Yankees-Braves preseason game on YES at 7:30 p.m. The Yankees open their regular season the following afternoon against the Rays.

The sides had reached an agreement early last month, but did not reveal when the YES Network would reappear on the cable system until Monday.

Xfinity customers who previously received YES and did not change their level of service will automatically see YES on their lineup, in most cases in its previous channel location. A complete listing of YES’ channel locations on the Xfinity programming lineup will be available on YESNetwork.com prior to the relaunch.

Comcast had stopped carrying the YES Network, which is also home to the Nets, in November 2015.