Galleries Videos CONTACT ADVERTISE
Girne 10°
scattered clouds
BUSINESS EDUCATION ENTERTAINMENT HEALTH POLITICS SCIENCE SPORTS TECHNOLOGY
08:11 Stick it to “The Man” at the Zero Trust Security Summit
04:37 What to Consider When Starting Your Own Business
10:17 Clover POS System for Dental Offices
06:14 How Mobile Technology is Revolutionizing the World of Poker
20:31 The Importance of Banks in Our Lives
05:46 Things to Consider When Hiring a Criminal Defense Lawyer
09:15 Couple T-shirts are ideal for spicing up relationships
09:01 Laser Tattoo Removal and Its Amazing Benefits
07:58 Consolidate your medical bills with a debt consolidation
19:48 Is your mind a certain people? Elina Tanskanen gives a task, which you...
BIST
119802
GOLD
299.754
USD
5.9395
GPB
7.7312
EUR
6.5365
Breaking News
Why Go for Physical Therapy and How to Find the Best Therapist
Close

North Carolina won twice on Saturday. First was the 85-67 victory at Pittsburgh, which guaranteed the Tar Heels a double-bye in ACC tournament. Then, about four hours later, the Tar Heels won again when Miami defeated Duke. The Hurricanes' victory knocked... 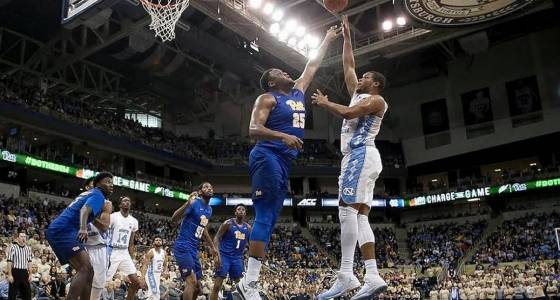 North Carolina won twice on Saturday. First was the 85-67 victory at Pittsburgh, which guaranteed the Tar Heels a double-bye in ACC tournament. Then, about four hours later, the Tar Heels won again when Miami defeated Duke.

The Hurricanes' victory knocked Duke out of contention in the race for the ACC regular-season championship, and it ensured that UNC will enter the ACC tournament as the No. 1 seed. The Tar Heels will play on noon on Thursday, March 9, at the Barclays Center.

UNC will play either the tournament's No. 8 seed or the No. 9 seed. Those two teams – they'd be Virginia and Virginia Tech if the tournament was played today, though the standings will change – will play each other on Wednesday.

Florida State, Louisville and Notre Dame could all still tie UNC in the ACC standings, if those teams win their remaining regular season games and if the Tar Heels lose theirs. The Tar Heels, though, defeated all of those teams, and thus own the tiebreaker against them all.