Tony Mandarich has been labeled as one of the biggest busts in NFL history. But he'd like to be known as one of life's biggest success stories.Mandarich, taken No. 2 in the 1989 draft by the Packers, said he would like to be a cautionary tale for incoming... 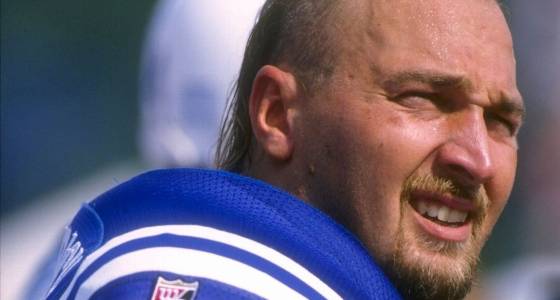 Tony Mandarich has been labeled as one of the biggest busts in NFL history. But he'd like to be known as one of life's biggest success stories.

Mandarich, taken No. 2 in the 1989 draft by the Packers, said he would like to be a cautionary tale for incoming rookies, who he believes could learn from the mistakes he made.

"I'm amazed when they do the rookie symposiums. ... I'm blown away they don't bring me in to, 'Hey look, here's from the horse's mouth on how not to do it,'" Mandarich told ESPN.com last week. "Who else do you know was a train wreck that could give the rookies a cautionary tale and say, 'Hey look, you're not invincible.'"

The NFL no longer does a central rookie symposium, having phased it out for a rookie transition program conducted by individual teams instead. Mandarich said he would be happy to speak to the younger players if he were asked to do so.

"I'm sure they have good guys that [talk to the rookies], but listen, one of the guys they had do it was Pacman Jones, and I'm sorry, I'll say it publicly: Pacman Jones is not your freaking role model. He's just not," Mandarich said. Jones was a speaker at the 2012 rookie symposium. "I'd say it to his face. Phenomenal athlete ... but he's not the guy I would choose."

If he were to give advice to incoming rookies, he would say to do the opposite of what he did at the beginning of his career. Those years, in which Mandarich struggled with an addiction to alcohol and painkillers, have become hazy, but he blames nobody but himself for his failed first stint in the league.

"When I think about that, I think, what a cocky SOB," he said. "I would hate that person right now. It's just immaturity, it's stupidity, it's like you're bulletproof."

As the scouting combine gets underway this week, nobody talks about how Mandarich once ran the 40-yard dash in 4.65 seconds -- faster than any offensive lineman in league history. That's probably because of his admitted steroid use at Michigan State, although he says he did not take steroids in the months leading up to the combine or at any time in his NFL career.

"I always thought you could not play in the NFL unless you were juiced up," Mandarich says now.

He says he proved something to himself when he played in Indianapolis completely sober. Mandarich said he'd like more emphasis to be placed on his comeback, during which he sobered up and turned his life around. He started 32 games with the Colts in the final three years of his career before injuries forced him to retire.

"I wanted to slay the demons," he said. "I wanted to prove to myself I could play at a high level with no steroids and no drugs, and I wanted to make as many things right as possible, and if I could help anybody along the way, obviously I would want to do that. too."

He added: "The three years I didn't play, I was so freaking messed up. It was a blur. But there was a whole decade that was a blur."

Considering his reputation, demons and length of time away, Mandarich said he recognizes how amazing it was he got another shot at all.

"I was out of the league for three full seasons. And that alone is hard to come back from," he said. "But if you're doing 60-70 painkillers a day, every day for three years, you're just beating the heck out of yourself and your organs.

"I really thought getting sober was impossible. I literally tried over 100 ways to get sober, and I couldn't. But I never tried treatment. I said, 'You know what, I'm so f---ing sick and tired of myself, I'll try anything.'"

Mandarich was at the lowest point of his life after leaving Green Bay. But he pulled himself out of it after seeking treatment for his addictions.

"If you abuse steroids, it can wreck you," he said. "But painkillers and alcohol, that kind of drug addiction ... it mentally breaks your spirit. You become sloth-like. As years went on in Green Bay, looking back, I could see that.

Almost 20 years later, Mandarich leads a sober and fairly quiet life. Now 50, he runs a photography business in Phoenix. He has no ties to the league after Peyton Manning, the lone remaining teammate who was in the league with him, hung up his cleats last year.

"Man, you're getting old," Mandarich said he remarked to himself when Manning retired.

Mandarich said his love of the game today is as strong as it ever was, and that he regularly keeps up with the Packers, Colts and Cardinals.

Mandarich's career didn't turn out the way he expected, but he said he's proud of what he has accomplished in his life since his playing days. His passion for photography has gone a long way toward filling the void that was left when his career ended, but even after all this time, he still misses some aspects of the game.

"The thing I miss the most, by far, and I haven't found anything to replace it, is the camaraderie," he said. "To me, there's different forms of loyalty, and that's a type of loyalty -- the guy beside you that will really fight for you, whether it's on the field or off the field -- and something that I've never, ever been able to replace."