NFL Scouting Combine 2017: 4 needs the Seattle Seahawks must address and players they should be watching

The Seattle Seahawks will get their first extensive look at potential draft prospects when the 2017 NFL Scouting Combine begins Tuesday. A total of 330 players have been invited to the combine, and the Seahawks have their own list of players they... 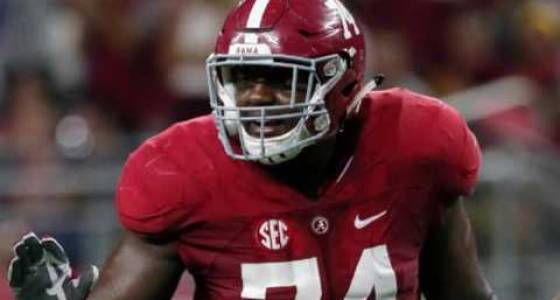 The Seattle Seahawks will get their first extensive look at potential draft prospects when the 2017 NFL Scouting Combine begins Tuesday.

A total of 330 players have been invited to the combine, and the Seahawks have their own list of players they will evaluate. The Seahawks will target players to address areas of specific needs.

The line was inconsistent in 2016, the second consecutive season the unit struggled with consistency. The Seahawks offensive line was ranked dead last by Pro Football Focus, the website that focuses on analytics in the NFL.

Seattle allowed 42 sacks, sixth-highest in the NFL in 2016. The Seahawks' ranking represented the second consecutive season they ranked among the top 10 in sacks. The 2016 performance occurred after coach Pete Carroll revamped the offensive line with a new face at each position in 2016.

The line is the lowest-paid and one of the least-experienced units in the NFL. The Seahawks started two rookies (left tackle George Fant and right guard Germain Ifedi) along with three others with a combined experience of eight seasons. So the Seahawks need help, particularly at the tackle positions.

Former Seattle left tackle Russell Okung is a free agent after Denver declined to exercise its option on him for the 2017 season and the Seahawks may attempt to bring him back. Wisconsin tackle Ryan Ramczyk and Alabama tackle Cam Robinson are considered two of the top prospects at the combine.

"There's opportunities ... in the draft and free agency and all that that we're open to," Seattle coach Pete Carroll said during his season-ending media availability session in January.  "We never turn away from any of those chances."

Injuries decimated the Seahawks at running back last season and they need to add some depth.

Starter Thomas Rawls missed seven games with a broken leg and backup C.J. Prosise missed the final six games of the regular season with a shoulder injury. Beyond those two, the Seahawks went through a bevy of backs, none of which were very effective. Ohio State's Curtis Samuel is a runner/receiver who has been compared to Percy Harvin for his versatility.

Free agency could affect the Seahawks defensive line, particularly at tackle. Tony McDaniel and John Jenkins will be unrestricted free agents next week, and the Seahawks may opt to draft a player to add depth at the position. Alabama's Jonathan Allen, Florida's Caleb Brantley and Michigan State's Malik McDowell are rated highly by draft scouts.

The position was solid until right cornerback DeShawn Shead suffered a torn ACL in the NFC divisional playoff game. The injury may prevent him from being ready for the beginning of the 2017 regular season. In addition, slot cornerback Jeremy Lane struggled throughout the 2016 season.

The Seahawks could lean toward finding a college prospect to fill that role in the interim. They signed free agent cornerback Cary Williams to a three-year, $18 million deal in 2015, but cut him midway through the season after he struggled to adapt to the Seahawks unique "step kick" technique for their cornerbacks.