NFL Combine 2017: LeSean McCoy to Eagles? Not so fast

INDIANAPOLIS -- The speculation that Buffalo Bills running back LeSean McCoy could be making a return to Eagles next season got some cold water thrown on it Wednesday at the NFL Scouting Combine.  "LeSean and I were together in Philadelphia,... 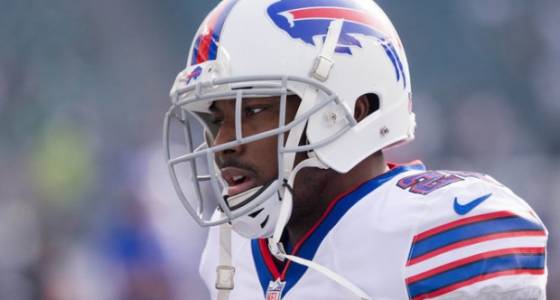 INDIANAPOLIS -- The speculation that Buffalo Bills running back LeSean McCoy could be making a return to Eagles next season got some cold water thrown on it Wednesday at the NFL Scouting Combine.

"LeSean and I were together in Philadelphia, so it's been great to watch him mature over the years," said Bills head coach Sean McDermott on Wednesday at the Indiana Convention Center. "I'm excited about working with LeSean. He's a dynamic player."

Speculation that McCoy could hit the free agency market started when Gregg Rosenthal of NFL.com predicted 30 AFC players who could be released by their teams, and that list included McCoy.

McCoy is a very awkward fit in new coordinator Rick Dennison's one-cut running attack. The Bills could decide to risk letting McCoy go a year too early rather than hold on to him a year too long. If the team designated McCoy a post-June 1 cut, they get $6.25 million in cap room and -- more importantly -- save $6 million in cash to spend elsewhere. The Bills have a number of high-priced players who may no longer work with the new coaching staff. Tight end Charles Clay is paid like a superstar for role-player production, although his contract makes him difficult to cut. Defensive end Jerry Hughes and defensive tackle Kyle Williams are also questionable fits with new coach Sean McDermott. GM Doug Whaley may be loath to blow this team up because of the dead money involved, but there's a case to be made to start clearing the decks.

McCoy is coming off of a season in which he finished with 1,267 yards and 13 touchdowns, one of the best seasons from an NFL running back in 2016.

McCoy wouldn't fit in the Eagles' plan of building around younger players. He is 28 years old and has 1,898 carries in his career. But McCoy is not yet on the downswing of his career.

Still, the Eagles do have a need at running back, and McCoy is arguably the best in the history of the franchise.

With McCoy apparently off the table, click here to read some of the Eagles' options.