DAYTONA BEACH — Collin Cabre's NASCAR dreams were nearing the end of their road.1 Week Ago1 Hour Ago3 Weeks AgoThe son of a stay-at-home mom and attorney investigator didn't have a pile of cash in the bank to buy his next ride. And without more money,... 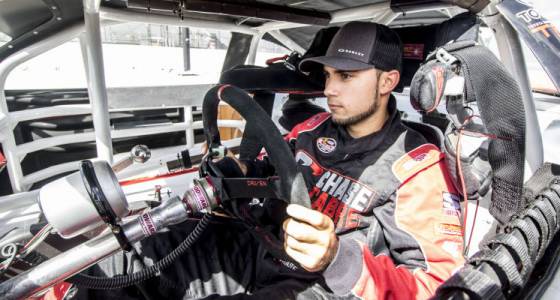 DAYTONA BEACH — Collin Cabre's NASCAR dreams were nearing the end of their road.

The son of a stay-at-home mom and attorney investigator didn't have a pile of cash in the bank to buy his next ride. And without more money, the Thonotosassa native and Armwood High graduate wasn't sure how he could keep his career going.

"We were kind of at that point where our parents couldn't take us any farther financially," Cabre said.

Then he found out about NASCAR's Drive for Diversity, which connects multicultural or female drivers with teams. It took three auditions, but Cabre — whose father has Spanish heritage — earned a spot in the program in 2015. His younger brother, Chase, joins him as a rookie in this year's initiative.

Collin, 23, and Chase, 20, both compete for Rev Racing, which has been fielding drivers through the Drive for Diversity since 2010. They race in the K&N Pro Series East, a regional proving ground for the sport's next generation. Win there, and you can move up to the national Camping World Truck Series, then to the Xfinity and Cup series, like Kyle Larson and Daniel Suarez.

The program helps NASCAR by diversifying its talent pool. Different backgrounds lead to different personalities, which boosts interest and expands the size and makeup of its fan base.

"There was a certain time there where everybody was a robot," Collin said. "Everybody looked the same, talked the same. It got boring."

As important as the program is for NASCAR's future, it's even bigger for the Cabres.

"Without them," Chase said, "this wouldn't be possible."