When is it too early to start dissecting the 2017 football schedule? Whenever it was, it is behind us ...We’re taking a look at some of the most important games each Pac-12 team has waiting for it in the fall: the must-wins and the trap games. Next... 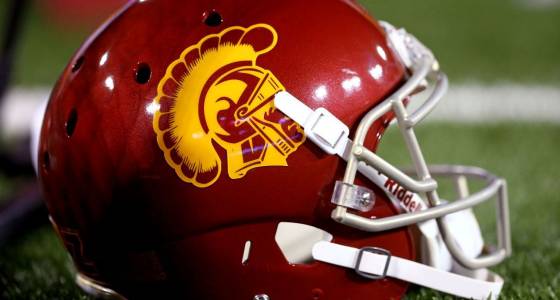 When is it too early to start dissecting the 2017 football schedule? Whenever it was, it is behind us ...

We’re taking a look at some of the most important games each Pac-12 team has waiting for it in the fall: the must-wins and the trap games. Next up: USC

The Trojans will take a nine-game winning streak into 2017 and be considered a strong contender for the College Football Playoff. They were a playoff-caliber team by the end of last season, but their dismal start kept them from being a real candidate come selection time. In short, had the Trojans beaten Stanford (or Utah) last year, they would have gone to the Pac-12 title game where a second win over Washington might have been enough to earn a playoff berth. Playing Stanford early last season worked against USC, but this year it should help. USC has more key players returning -- most notably quarterback Sam Darnold -- which should help early on. A significant amount of the momentum that they’ve built would be lost should the Trojans fall to Stanford. They’re all important when the playoff is the goal, but this one is key.

USC plays five times in September, including road games in back-to-back weeks to close the month. The second of those comes in Pullman, Washington, on a Friday, which will already be the Cougars’ fifth (!) home game of the season. With Luke Falk at quarterback, Wazzu will be a dangerous team and certainly capable of pulling off the home upset. USC also plays back-to-back road games in October, but the second of those (at Arizona State) figures to be much more manageable. A lot was made about USC having to play 12 games in a row, but aside from that, the schedules sets up pretty well for the Trojans. And if they win the Pac-12 South, they'll have a bye week before the conference title game.