As one of 22 prospects in Philadelphia this week as guests of the NFL, John Ross will walk across the draft stage, likely in the first round, shake Commissioner Roger Goodell's hand and embark upon a pro football career with his new team.But concurrent to... 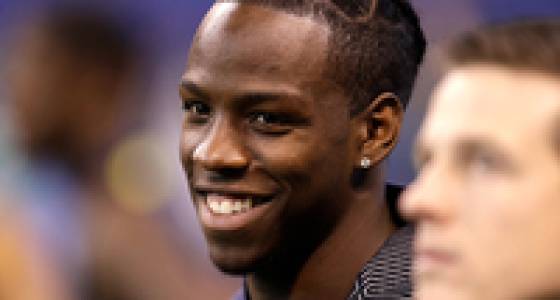 As one of 22 prospects in Philadelphia this week as guests of the NFL, John Ross will walk across the draft stage, likely in the first round, shake Commissioner Roger Goodell's hand and embark upon a pro football career with his new team.

But concurrent to months of preparation for that moment, Ross has also been working to walk across another stage at the University of Washington -- for a diploma.

"I think school is very important. It's what's kept me in football. It's even more important for my family, getting a degree and getting that back home for them," Ross said. "It can take me a long way after football."

Ross said he is set to graduate from UW on June 10.

Most draft prospects don't enroll for the spring semester to commit fully to enhancing their draft stock, particularly those who are regarded as first-round talents like Ross. It's not unprecedented -- Pittsburgh Steelers pass rusher Bud Dupree, for instance, stayed in school at the University of Kentucky before becoming a first-round pick in 2015 -- but it is uncommon. And it's something NFL clubs recognize.

"It shows the player is driven and can manage his time," an AFC scout said. "I don't know if it scores points (for draft status), but it's impressive."

In Ross' case, it was a bit more manageable because his last academic year was on a quarter system. He took the first quarter of the spring term off to prepare for the NFL Scouting Combine (no, he wasn't stuck in a classroom in the weeks leading up to his record 4.22 40-yard dash). But that doesn't mean it wasn't a juggle. He's had to maintain his grades amid five pre-draft visits to NFL cities, shoulder surgery, and this week, a very special trip to Philadelphia.

And with a degree, things should go smoother after football, as well.

Watch the NFL Draft LIVE on Thursday at 8 p.m. ET on NFL Network